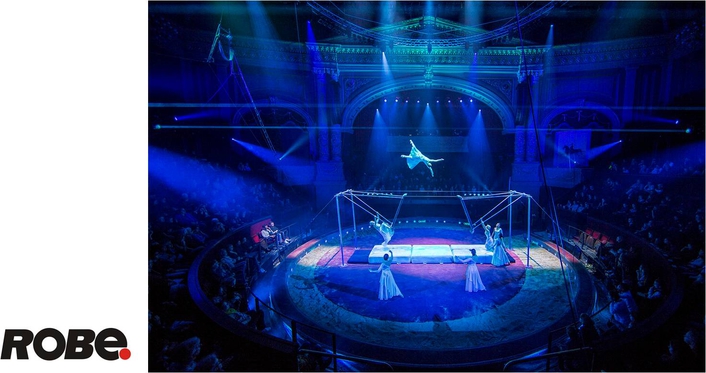 The highly acclaimed World Christmas Circus returned to Amsterdam’s Royal Theatre Carré for their 2016-17 season … for the first time with a new Robe moving light, which was chosen by the hugely popular and successful event’s long term lighting designer, Wim Dresens.
Wim has lit the Christmas Circus for the last 20 years, and has also been engaged in circus-specific training over the years which has enabled him to perfect the specialist techniques required to light horses – 37 featured in this year’s show - aerialists, acrobats and other circus performers.

There are several challenges working in the charismatic neo-Renaissance styled Carré Theatre which include its high banking bleacher seating on all four sides. Founded in 1887 by Oscar Carré of the famous German travelling circus, it has had a colourful history. Originally built as a circus venue, it now hosts an eclectic variety of entertainment.
Being staged in the round, most of the lighting positions have to be from above, and as in past years, a 15 metre diameter circular truss was installed approximately 15 metres above the ring, and a 5 metre diameter one at 17 metres, the roof’s highest point. 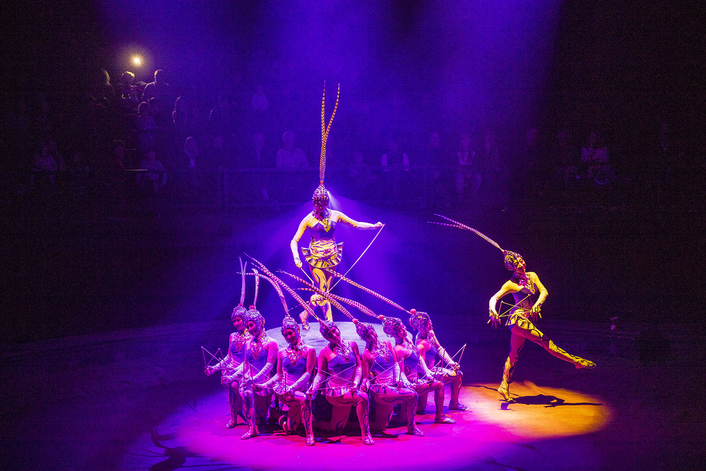 Wim selected 19 x Robe BMFL WashBeams, seven DL4S LED Profiles and 32 x Pointes to be the main moving lights this year … and he is delighted with the results.
“After the premiere I received numerous comments personally from my colleagues on the creative team, artists and the public, and the social media channels were buzzing with positive comments! People were saying how much brighter and crisper everything looked and how rich and lush the colours were! Everyone was extremely happy!” 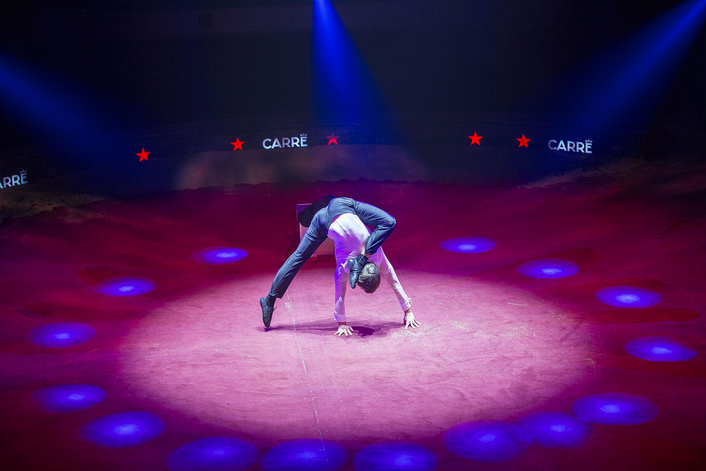 The 58 Robe moving lights were the primary fixtures on a rig of over 400 units including lots of generics and LED sources as well as four follow-spots. They did a massive amount of the visual work and were constantly contributing throughout the show. Apart from colouring and washing the performance space, there was intricate gobo work onto the floor and pros arch to complement the acts, while the BMFL WashBeams and DL4S Profiles were used for numerous specials, key lighting and pin-pointing.
On the higher (and smaller) circle were six of the BMFL WashBeams and five Pointes and on the lower (larger) circle were 20 x Pointes and 10 x BMFL WashBeams. 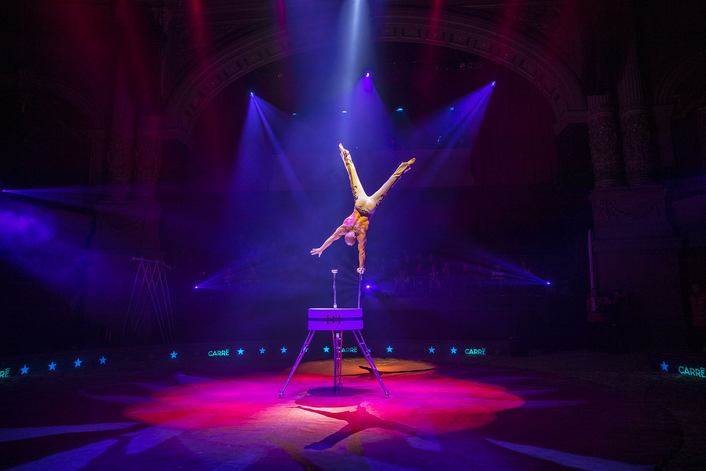 Rigged onto the pros arch were the other three BLFM WashBeams just above the raised orchestra box, which was at approximately the same height as the second tier of seating.
The DL4S Profiles were deployed around the upper circle balcony together with seven Pointes in similar positions.
Lighting equipment was supplied by rental company Hilversum based Smits Light & Sound who won the contract as technical supplier for the World Christmas Circus for the next three years. Owner Jeroen Smits boosted their Robe stock for the occasion, so Wim could have the rig he needed. 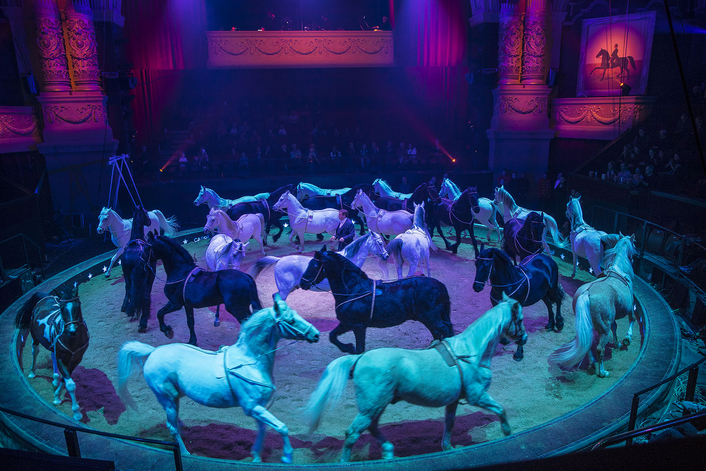 The load-in commenced a week ahead of the premiere and the lights were programmed on the venue’s house desk which was operated for the three week performance run by Mike Evers. The programming process was intense and took place over five days, starting with the horse acts.
This year these included an amazing pas de deux on two horses performed by Joszef Richter and Merrylu Casselli, and circus icon Fredy Knie Jr., director-owner of the Swiss National Circus Knie, presenting his magical horse carousel with 25 amazing steeds in the ring simultaneously … creating some stunning kaleidoscopic patterns!

This, the 32nd World Christmas Circus in fact featured over 120 highly talented performers most of whom have received awards at the international circus festivals including clown Rob Torres … so the pressure was on for the lighting department to come up with something every bit as spectacular and thrilling as the entertainment!
Having Robe in the rig underscored Wim’s expertise at lighting circus and theatrical environments and helped him add some truly enchanting illuminative moments to a breath-taking show.

Wim loves the DL4S Profiles, “They are great fixtures and perfect for theatrical presentations” he stated. BMFLs he likes for their sheer power and the ‘exceptional” functionality, and Pointes also for their great versatility.
Robe’s reliability was a big plus point – once flown and rigged, it’s inconvenient to bring the trusses in, so any maintenance / swap outs have to be done by crew working at height! ”Far better to minimize the chances in the first place” he says firmly!
They were initially very anxious about all the dust that comes – usually upwards - from a circus ring, and in past years have encountered problems with moving lights from other manufacturers! This year however things were different, as the Robes dealt robustly with the environment for the run of 40 shows which was enjoyed by over 50,000 people.

Talking more generally about Robe, he feels that the company is really listening to user-requests. He’s visited the factory twice in the last 12 months researching for specific project solutions and was impressed with the set up and the personal attention to detail in the major aspects of the company by CEO Josef Valchar.
Wim is currently working on lighting a new ride at the Efteling theme park and tells us that he’ll be spec’ing DL4S Profiles again and Robe’s Viva LED spots … so watch this space!