BMFLs are the Talk for DJ Snake at Red Rocks

French DJ and music producer DJ Snake fired up the crowds at the recent Global Dance Festival staged in the breathtaking Red Rocks Amphitheatre near Denver, Colorado, while his lighting designer Steve Brody (known industry wide as ‘Brody’) took full advantage of Robe BMFL Spots, which were prominent among other fixtures on a ‘house’ lighting rig for the event supplied by DSI Event Group, also based in Denver.

The show is one of a number of festivals in the rising star artist’s action-packed summer and fall schedule which LA-based LD Brody has been lighting for the last three months.

He was delighted to learn that the lighting package for GDF contained the BMFLs. Snake’s show design features big, bold, high-impact looks mainly using primary colors with plenty of red and white. 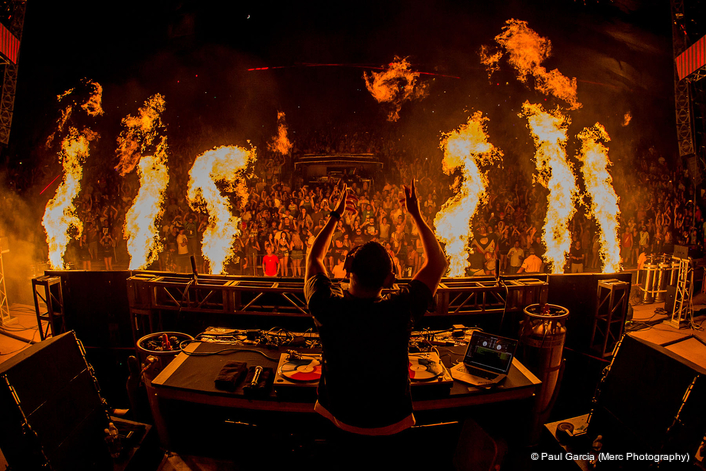 There’s continuous audience interaction throughout the set, and Brody explained that he wants everyone to receive the full-on live experience, wherever they happen to be in the arena, so “good lensing on a fixture is vital as it’s a long way to throw to the back at some of those venues, and at Red Rocks I definitely needed the punch and power of the BMFL.”

Twelve of the BMFL Spots were rigged overhead on six finger trusses – two per truss – with another six on the deck upstage of the DJ booth. Behind this was a large LED screen.

The BMFLs were used to throw saturated light across the entire audience for epic wide looks transferring the energy of the stage into the fans. “The fast zoom and the ability to create a tight beam contrasts nicely with the beam fixtures on the rig,” commented Brody. 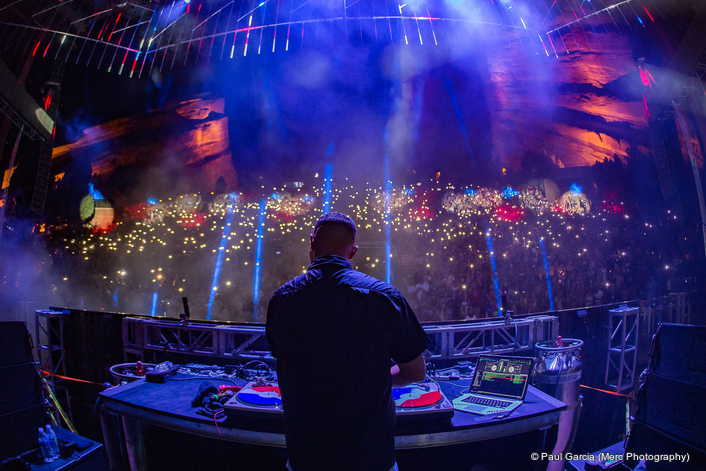 Talking generally, he likes the BMFL for its quality of light, the zoom range and speed, the excellent section of gobos and the smooth and refined color mixing.

He thinks Robe is currently definitely keeping pace with innovation and has a great team driving the brand forward. “Their commitment to quality is really evident in the line of fixtures,” he said.

Snake’s set is played completely live and the visual team also includes VJ Danny Purdue. There’s no pre-planned set list or cue structures, Danny, Brody and DJ Snake all communicate with one another throughout the show calling colors, drops, blackouts, moves and accents, etc. which is a very exciting way to work and keeps everyone on their toes! 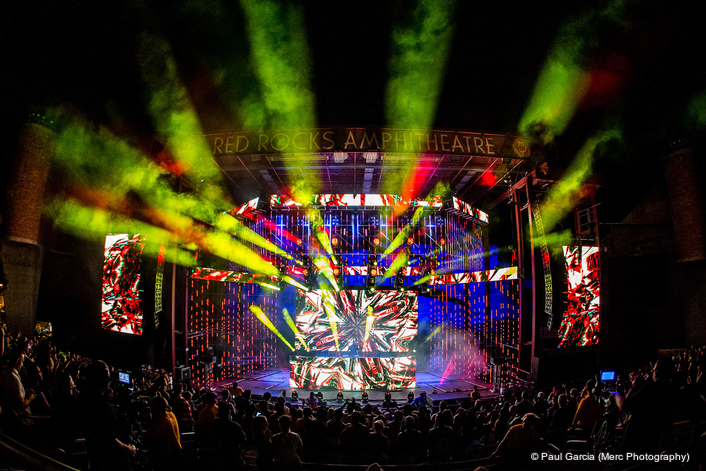 One of the biggest challenges of working in the Red Rocks environment is the steepness of the arena and the fact that the FOH is very near to the stage, so Brody created his lighting positions as if he was sitting right at the back.

With the production trusses rigged so the lighting fixtures could be maximized in relation to the pitch of the amphitheater … he was able to reach out right to the back with the BMFL beams … and draw everyone into the rhythmic haven of DJ Snake’s world for the duration of their pumping set.