Robe makes some Circa Waves 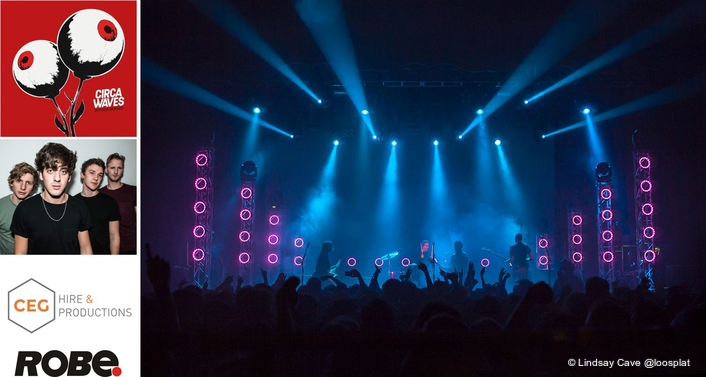 UK indie rockers Circa Waves are certainly making some waves right now, and the release of their second album “Different Creatures” brings some more serious, hard-hitting and thought-provoking messages along with solid catchy rhythms. Lighting designer Ed Warren started working with Circa Waves at the start of this album campaign in October 2016. Having known their management team for some time, all the circumstances and stars aligned to make it the right time for Ed to add his ideas and imagination to the stage presentation on recent UK and European legs of the tour.

Ed was left free to create a visual stage environment after receiving the new album artwork and a few pointers from the band and their management. One of the requests was for a false perspective feel to the stage, with some more epic cinematic looks, plus lots of strobing and hi-energy effects for the manic elements of the set, all of which left plenty of scope for creativity. 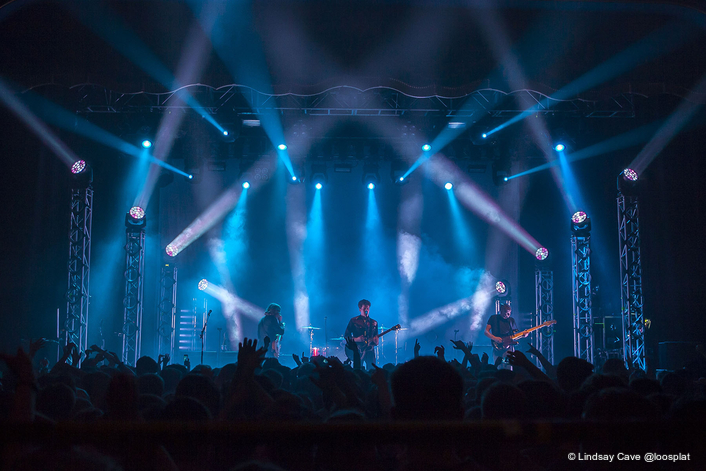 For this design, he selected a classic white backdrop look – the nature and texture of which could be changed with up-lighting from the CycFX 8s. Some custom gobos featuring the new album artwork were made for the DL7s, which could be flashed up on the backdrop at strategic moments. ​​

Eight Spiiders were on top of four trussing towers each side of stage which were gradiated in height with the shortest at the rear and the tallest at the front, with the other four Spiiders upstage behind the band.

Ten of the Cyc FX 8 were up-lighting the backdrop, and four were hung vertically off the two more upstage towers and used as side key light for band. 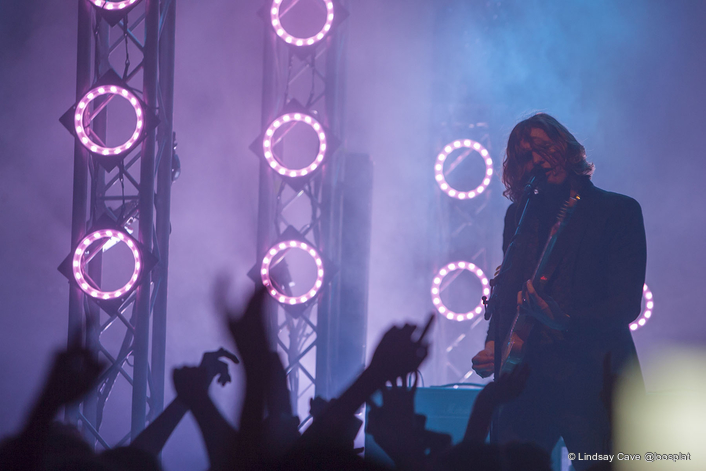 The Halos were rigged to the front of the towers where they could delineate the architecture of the performance space.

Five were on the front one, four on the next, three on the third and two on the most upstage tower each side, which took care of 28 fixtures. Another eight were on unobtrusive low towers along the back of stage in a horizontal line effectively connecting the two upstage towers.

By running different effects through the Halos, Toby could shift the sense of perspective onstage, either dramatically or subtly as needed. Used this way, they were extremely powerful tools that could change the environment constantly throughout the set. 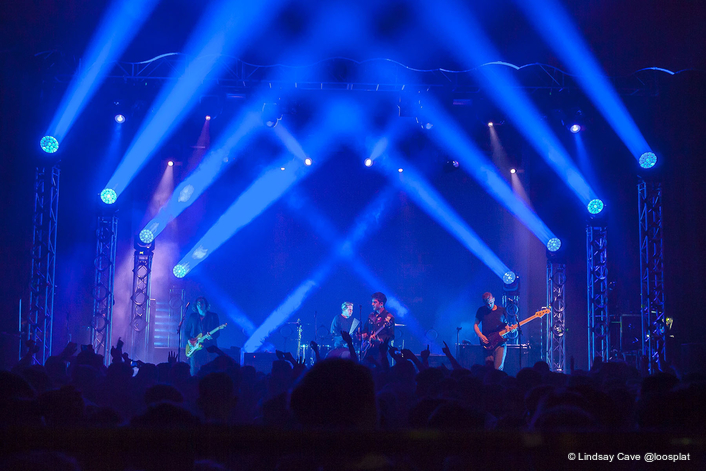 Robe’s new Halo product is a circle of bright encapsulated micro-pixel LEDs mounted on a standard PAR 64 sized colour frame. It can either be used as a stand-alone fixture as Ed did on Circa Waves … or to bring a completely new dimension to the legendary PAR 64, allowing them to be incorporated into lighting and set designs in new and dynamic ways.

DMX control means numerous looks and effects to be created and programmed simply and quickly producing a wide range of eye-catching effects - from the very basic to highly complex. 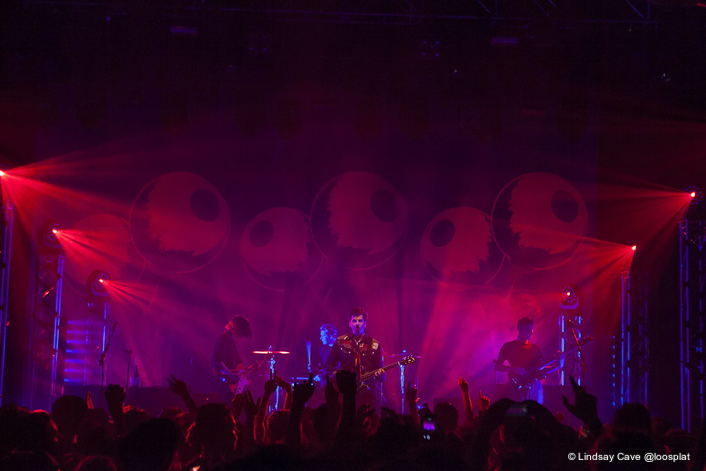 The DL4Ss, fitted with the custom gobo​s were hung on house front trusses at each venue and used as cross stage backdrop lighting.

The lighting set up was completed with four strobes on the floor behind the band.

The Spiiders produced an excellent true thin-beam as well as the big bright wide washes and “a fine selection of 'gobos'” commended Ed, “It’s an extremely versatile LED head”.​ 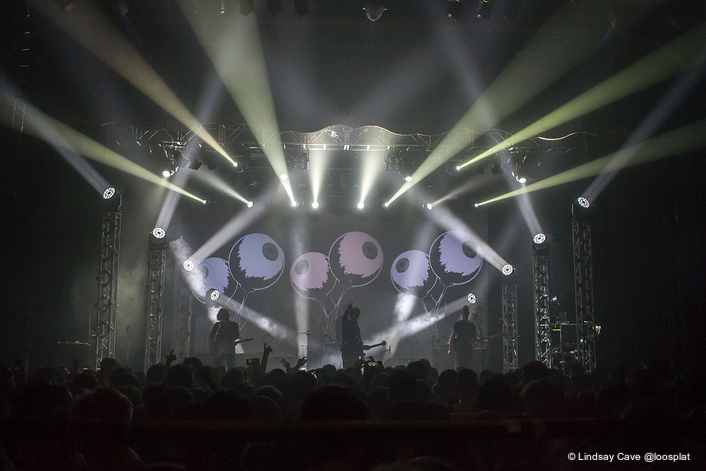 Ed and his lighting director on the road Toby Hoggarth took advantage of the on-board Halo effects and chases, and the units provided a highly unique look on-stage, described by Ed as “quite ethereal and strange”. They were instrumental in producing the false / changing perspective looks using the towers, and helped frame the performance space perfectly. Their glow alone was also enough to wash the stage completely at certain moments.​

The main challenge of this design was getting all the cues nailed explains Ed … as there were many – with an average song featuring around 20 – 30 hits. With a few gigs under everyone’s belts, the workflow was harmonious and fluid, and the shows received great reviews and generated lots of positive social media chatter. 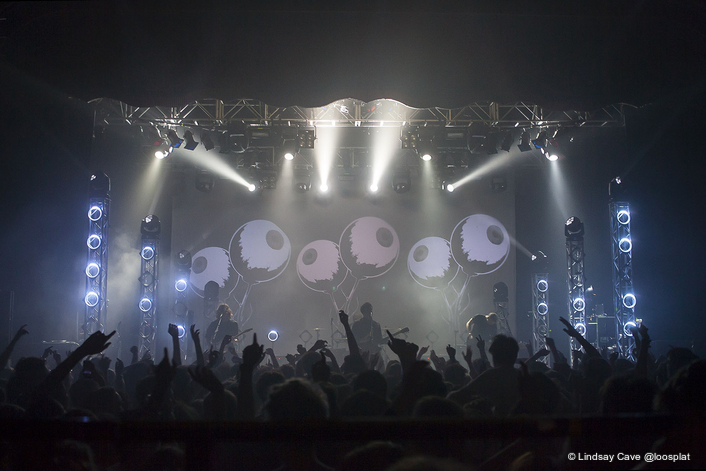 Ed has been working with Robe products for a few years now and thinks it is great that they are releasing new fixtures regularly. “I hope they maintain their reputation for providing excellent, reliable and stylish fixtures and that the flow of interesting products will continue,” he said.

The contact at CEG was Ben Bowles, “who went out of his way to ensure we were happy and had excellent service and exactly what we needed”, he concluded, adding that Toby and touring lighting tech Jo​n Curtis “really excelled themselves” to make sure the standards and level of service were top notch.