A Little Night Music for Robe at RADA 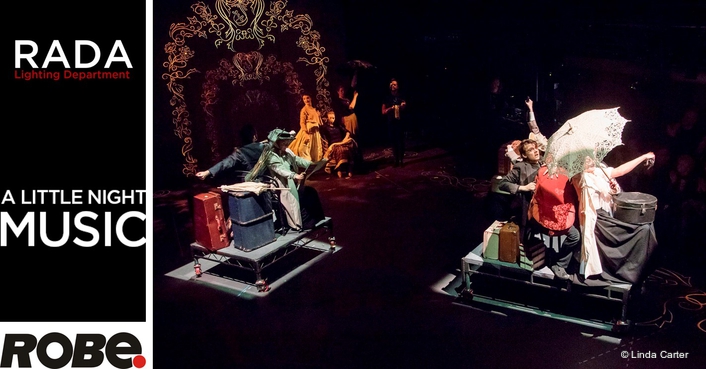 Robe enjoy a close ongoing working relationship with RADA, making their latest technologies available for students to use across the three main venues. Paul’s design for this production utilised Robe’s DL7S LED profiles and the new Spiider LED wash beam moving lights, together with other moving and conventional fixtures.

Paul’s acclaimed career started at RADA – he is a 1973 alumnus of the Academy’s technical training course – and features extensive work across the genres of theatre, opera, ballet and dance. It’s earned him recognition for lighting a diversity of shows from large-scale West End and Broadway extravaganzas to incisive performances at venues like the National Theatre, Donmar Warehouse and the ENO, to the bleeding edge of independent fringe. 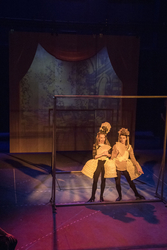 Although this impressive CV has included many Sondheim masterpieces, mainly at the Donmar with director Sam Mendes and The Man Himself, this is the first time A Little Night Music has received his touch, and he was very excited to be able to return to RADA.

Paul collaborated with a student team on this show, all of whom benefitted from his fund of experience and knowledge. The Academy’s Head of Production Lighting Matt Leventhall oversaw the process which was one of the most technically ambitious musicals RADA has produced to date.

Designer Jane Heather and Edward Kemp wanted the narrative to feature both projection and lighting in its visual treatment, and the need for the two media to coexist and work fluidly together was a key starting point for Paul’s design.

Before compiling his fixture lists, Paul visited the Robe factory in the Czech Republic and saw both DL7Ss and Spiiders in action at the demo facility. Once he decided he wanted to use these for the show, Robe assisted in making them available. They were used with a number of ‘house’ fixtures in residence at RADA which include Robe LEDWash 800s and 600s, DL4S Profiles and CycBar 15s.

Rigged above the stage, the DL7S Profiles created different areas of lighting and were used to define locations or suggest different spaces in-between two mobile projection screens that were used as ‘walls’ and moved around. This allowed action to run simultaneously in different areas and locations. 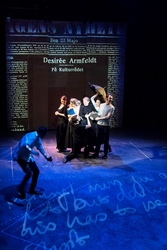 “As the screens were moved”, explained Paul, “the idea was that the DL7S Profiles could ‘morph’ using their very accurate shutters to denote the different areas seamlessly between scene shifts”. The fixture’s ability to create straight shuttered edges at full zoom was a big asset in achieving this objective. The DL7S Profiles also provided “useful gobo work” for the more atmospheric scenes in Act 2.

Matt adds that the seven colours of the DL7S can produce accurate temperature and quality matches to the tungsten sources being used. Its excellent dimming, combined with the ETC EOS console’s curves, could also replicate this characteristic in tungsten very authentically.

The DL7S Profiles are now part of RADA’s moving light stock for use across their venues, and this production was their first show. Matt thinks they are “the best LED moving light available on the market right now” and is certain they will be used for all shows staged in the Jerwood Vanbrugh from now on.

The four Spiiders came from CEG and created an intense backlight effect together with a bright, highly saturated blue wash onto which the video content was layered.

Matt said they all “enjoyed” the brightness and the thick beam at minimum zoom and he could see that the flower effect would be impressive in a live music context!

Being a musical, there was plenty of call for saturated colour, an area where most LED luminaires excel, and the six LEDWash 800s and 10 LEDWash 600s all had their fair share of ‘moments’.

The DL4S Profiles were primarily used to augment the gobo looks and to add texturing, using the standard gobo set with the addition of a custom ‘Alpha Ray’ gobo.

Paul thinks that LED technology has advanced quickly and that these newer fixtures in particular have been proved to have the best dimming qualities he has seen to date, as well as being “reliable, easy to programme and quiet”. 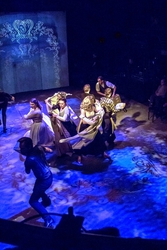 Matt’s take on the noise issues is that with upwards of 30 Robe LED sources on the rig, the venue was “absolutely silent”, which is fundamental for theatrical productions.

Having LED luminaires readily available to light shows also saves RADA considerable hassle in not having to constantly re-lamp fixtures, assists in general heat management – as well as empowers students to learn how to maintain the lights and get the most out of them creatively.

Paul’s biggest overall challenge on this production was to ensure that the lighting complemented and balanced the projection. Working in the traverse format is always galvanising, as having an audience on three sides and close to the action limits the visual impact of directional lighting. However, the intimacy and sense of involvement this brings is a big boost to the viewer experience.

He also comments that it was a massive project to deliver in a very short space of time, and had he been in a standard ‘outside world’ scenario, he would have had to pick his team extremely carefully to achieve results.

As it happened, his core student team dealt brilliantly with the pressure and the circumstances: “This was way beyond my expectations! I genuinely wanted for nothing as we achieved so much in a short space of time, to very high standards”, he recalls.

“They were all EXTRA brilliant,” he declares. 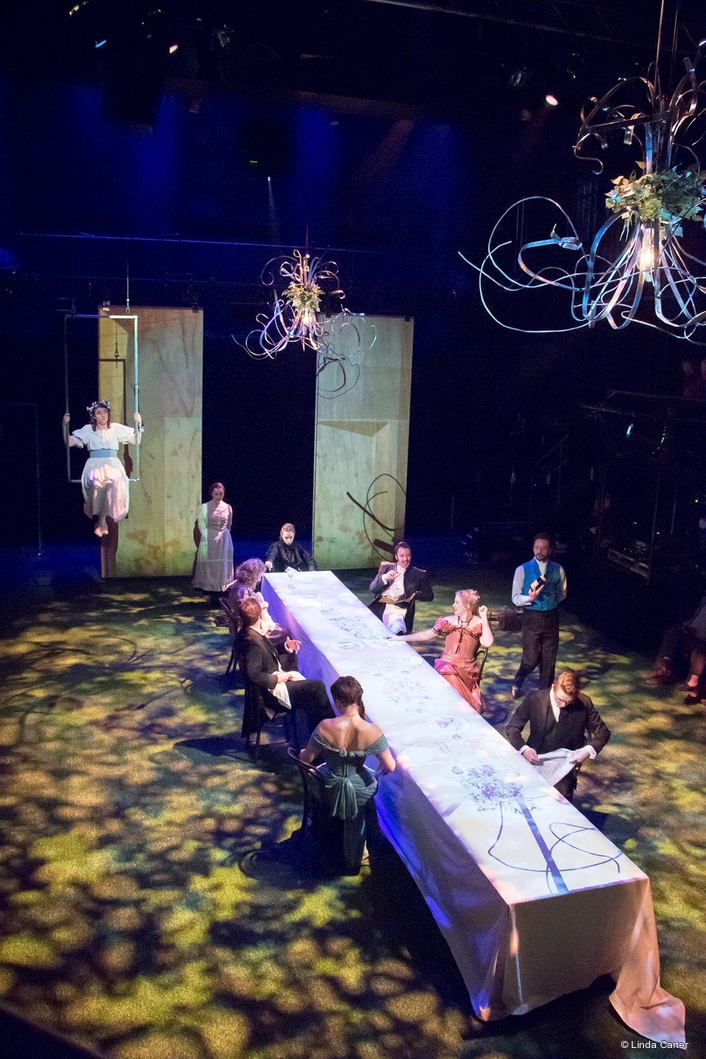