Robe Has the Time of Its Life …

Popular musical “Dirty Dancing” returned to London’s West End in December playing the Phoenix Theatre following a regional UK tour with a lively production that originally premiered in Italy in 2015 where it played Milan and Rome. This production has also toured in Spain and Mexico with additional troupes.

Lighting has been created by leading Italian LD Valerio Tibeiri who seized the opportunity in London to upgrade the original lighting rig and use nearly 70 x Robe moving lights - a combination of BMFL Blades and LEDBeam 1000s - as the primary luminaires.

Written by Eleanor Bergstein the production is directed by Federico Bellone with a set design by Roberto Comotti, both of whom Valerio has worked with on many previous projects. He was delighted to be involved again on this one which is choreographed by Gillian Bruce. Costume design is by Jennifer Irwin, the sound designer is Armando Vertullo and musical direction is by Michael John. 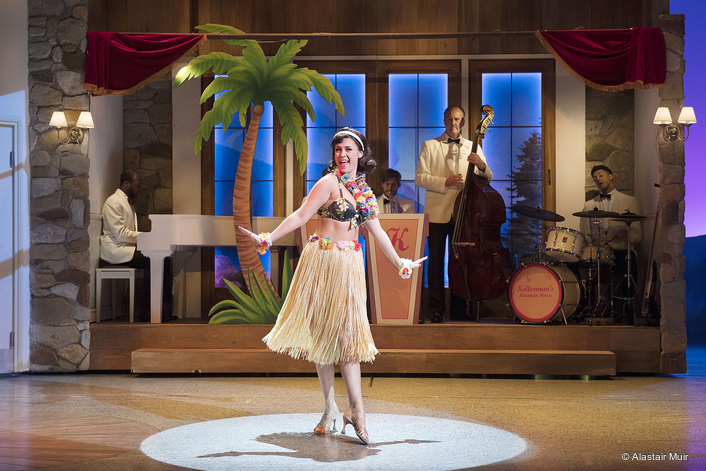 Valerio explained that the UK touring version was slightly bigger – in terms of stage spaces – than the initial Italian show, however it was influenced by the same successful creative language, but with an updated lighting plot which allowed BMFL Blades and LEDBeam 1000s to be specified … and supplied by Surrey based Storm Lighting.

Valerio is highly impressed with both these fixture types and uses them and other Robe products frequently in his work.

The BMFL Blades were rigged all over the house bars above stage at the Phoenix Theatre, on the FOH balcony and on side stage booms and used constantly throughout the performance.

The LEDBeam 1000s were also dotted around, and in particular used for back light effects and as fillers and specials from the front. 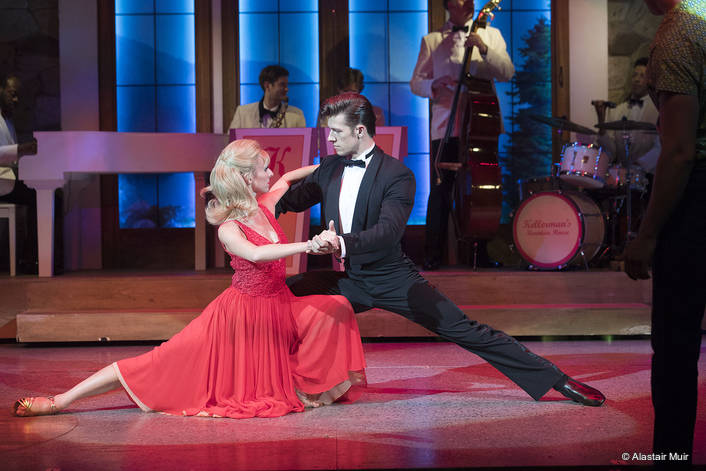 Valerio was pleased with the updated London design, “It was super-bright and vibrant, the colours were really intense and vigorous … far more so than on the original production, and this was down to the BMFLs and LEDBeam 1000s!” he stated. (in Rome and Milan the rigs had featured a competitor moving light brand!).

His first task with lighting this show is to assist the storyline, and as it’s set in summer in the Catskill Mountains in upstate New York, there are plenty of balmy summer days and nights that need recreating … as the story action itself heats up!

The realistic set design also called for some similar chronological lighting treatments to make it work in context.

After this, it was important to enhance the setting for the dance routines which takes centre stage and dominates the action from start to end. They wanted to involve the entire audience in this particularly at the end, so the whole presentation shifts from very theatrical to more concert based. 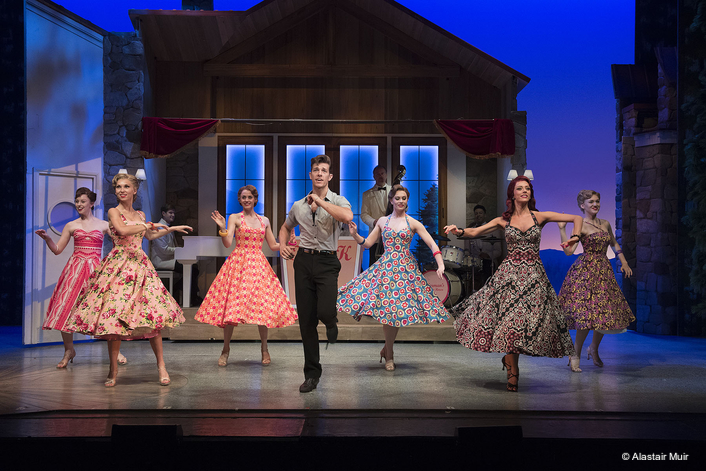 This was another plus that came with using BMFLs and LEDBeam 1000s which were ideal for concerts, arena and stadium shows and enabled Valerio to replicate this atmosphere perfectly.

All of these creative demands he found hugely easier using these Robe fixtures. 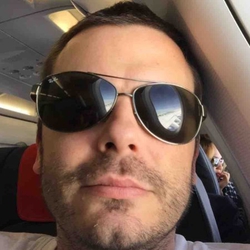 “The great thing about having 32 x BMFL Blades is that you know you’re 68 units with exactly the same colours and a really rich and beautiful quality of light, etc., and this is really important with HTI lightsources in a show like this.

The good zoom was also essential for this show as he uses multiple gobos and as the focus will frequently change within gobo cues, the BMFL’s auto-focus function has been very valuable.

Working alongside him on the UK Dirty Dancing production were programmer Francesco Vignati and associate LD Andrea Burgaretta crunched the buttons!

Valerio, who is based in Milan and works internationally, has been using Robe products for about 10 years, and thinks, “Right now the company is an absolutely top level manufacturer”.

He also frequently uses Robe’s DL7S profiles and this year specified them for installation at the iconic La Scala Milan venue, who purchased the units due to their silent running and all the many features that have been refined to suit theatrical environments

He is now also lighting a new Italian production of another classic musical, “The Bodyguard”, with 30 x DL7S Profiles on the rig, which is scheduled to open at the Teatro Nazionale in Milan this month, January 2017.