Robe for Phantom of the Opera in Stockholm 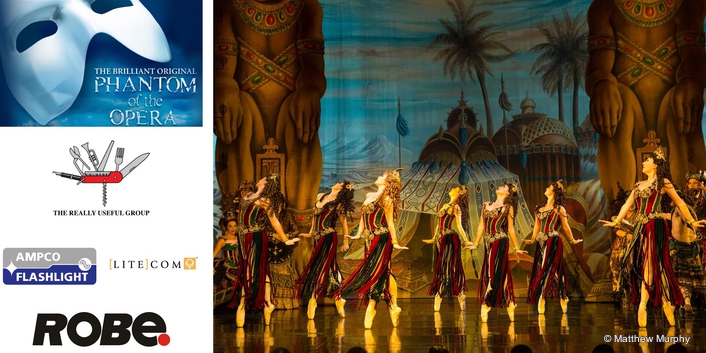 The production’s main lighting contractor is Netherlands based Flashlight, with the Robe DL4S Profiles supplied via Copenhagen based rental company Litecom

Robe moving lights continue their run on high profile theatre shows worldwide, with the new ‘Phantom of the Opera’ production in Stockholm utilizing DL7S and DL4S Profiles and DL4F washes – from the DL LED range – plus Pointes and ColorStrobes, over 50 fixtures in total.

The Really Useful Group (RUG) licensed production of the legendary Andrew Lloyd-Webber blockbusting musical has just opened and is scheduled to play the 1650 capacity Cirkusteatern arena for a year, for which the Robe lights were specified by associate lighting designer, Mike Odam.

Mike’s history with Phantom dates back to 1986 … when he was the production LX on the original stage adaptation in London along with Howard Eaton, and they helped facilitate Andy Bridge’s highly memorable Tony Award winning lighting design for the show’s opening at Her Majesty’s Theatre. 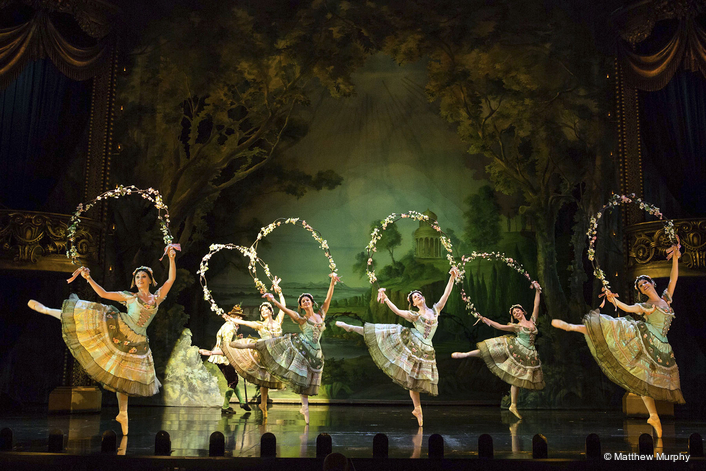 He co-ordinates and oversees lighting and re-lights of new and current RUG productions of the show which has become a massive commercial success and a global musical theatre phenomena.

While the lightshows are still completely faithful to Andrew’s classic emotive design in appearance and style, the technology has changed dramatically in 30 years! As Mike recalls they delivered that first production without moving lights, scrollers even … DMX, smartphones or laptops – a feat completely unthinkable in 2016!

Moving lights now make up the bulk of the lights on the show, and this has reduced focussing time considerably, along with the amount of fixtures needed.

Mike has visited the Robe factory in the Czech Republic and was impressed with the set up. Last year, he had the chance to evaluate some of their latest technologies which were designed especially for theatre, specifically the DL series of LED luminaires, and after liking what he saw and chatting to Andy (Bridge) was waiting for an opportunity to come up to spec some of these and other Robe elements.

This presented itself in Stockholm.

Before this, six Pointes had actually made an appearance at the Mogador Theatre for the Moscow version of the show in 2015. These were used to highlight the detail on the proscenium arch, a major set piece based on that in the Paris Opera House during the 19th century which had inspired Gaston Leroux to write the original Phantom novel first published in 1909. 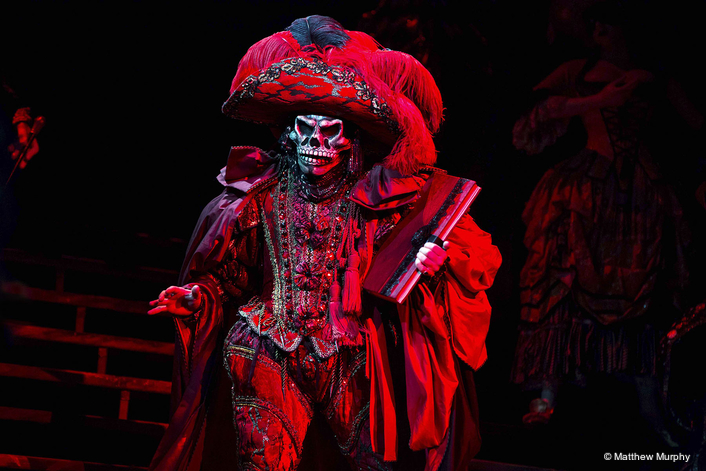 Having these six Pointes on the balcony rail in Moscow saved several hours and the substantial hassle associated with physically having to focus a load of conventional profiles.

Cirkus in Stockholm is a challenging venue as it was originally built for circus performance, so there is no balcony and very limited lighting positions which all have low weight loadings.

Apart from one front truss which accommodates all their general front washes, all the other FOH positions are now Robe moving lights that replace multiple booms rigged with standard profiles and an assortment of lenses. 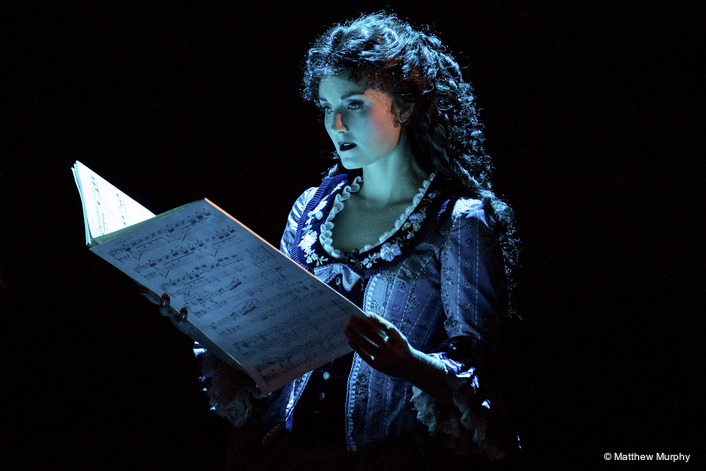 Mike has been impressed with the dimmer curves on all Robe’s equipment and the lack of colour shift during dimming – something that was fine-tuned precisely for the DL series. Phantom has a myriad of slow fade cues, so this was essential.

The silent running of the LED units was great for this production.

“Robe is a company that is definitely listening to lighting designer’s requests and wishes,” he observes.

The challenges of lighting a Phantom show are numerous!

It’s a complex work to produce and on the physical level, even a slight delay during a scene change can lead to major issues. The changes have to be so quick and slick that in some scenes LX crew are onstage in costume during the action to ensure not a nanosecond is lost.

Then the delicate nature of the follow spotting required is also galvanising, as is creating the shadows and the darkness of the Phantom’s lair and the period flickering candle-light in the backstage and opera scenes.

But the story, music, lighting and scenic design by Maria Bjornson and overall commitment to incredible production values have all helped keep the freshness and vibrancy of the show flowing after many years, spanning different generations and embracing multiple cultures for Phantom fans! 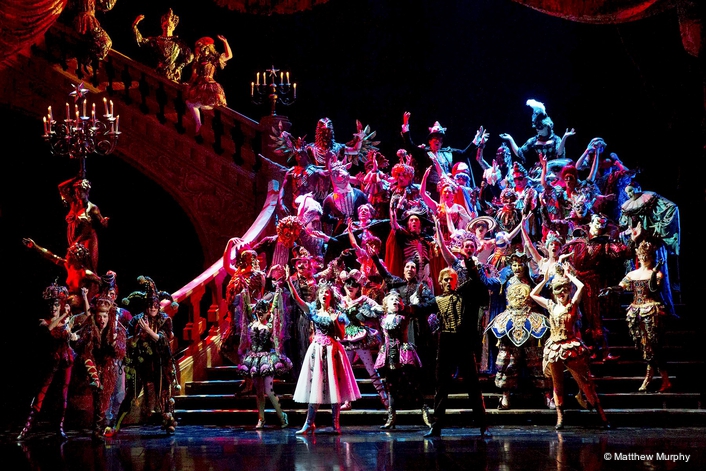 Even the very first show at Her Majesty’s Theatre in London’s West End is still going strong today having celebrated its 30th Anniversary on October 10th.

Working on Stockholm lighting team with Mike were Andrew Bridge who oversaw the operation, taking it through the previews; assistant LD / production LX Andy Bird and programmer Dave Totaro.

The production’s main lighting contractor is Netherlands based Flashlight, with the Robe DL4S Profiles supplied via Copenhagen based rental company Litecom.