Clay Paky on stage at the theatre with Dirty Dancing 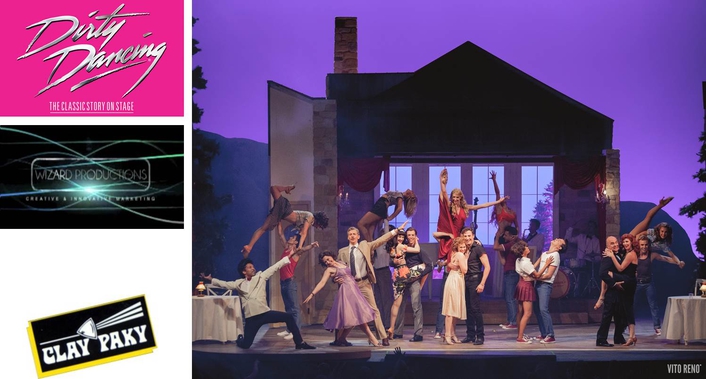 Dirty Dancing is a worldwide success that shows no sign of losing its charm. On the contrary, it continues to thrill and entertain new and old generations thanks - among other things - to its faithful theatrical adaptation, which allows you to relive all the excitement and magic of the film in a live show. Since 2004 (the year of its world début) Dirty Dancing - The Classic Story On Stage has recorded months and months of sell-outs in its various international versions.

In conjunction with La Contrada - Teatro Stabile di Trieste, Wizard Productions srl acquired the exclusive performing rights of the original version for Italy from the author of the film herself, Eleanor Bergstein. The American author supported the Italian team during the casting, as she always does to make sure her show has the same characteristics as the original in every part of the world where it is performed. 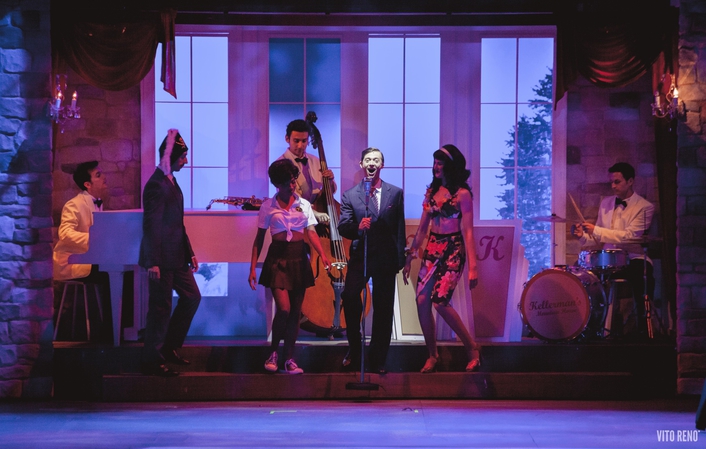 An eight piece orchestra plays the famous film music live, with its overwhelming infectious rhythms that excite the entire theatre and get people dancing. In the Italian adaptation, only the dialogues are translated, whereas the songs are sung in original language.

Lighting designer Valerio Tiberi took us behind the scenes of the new show, which is an even richer and more spectacular version with choreographies by Gillian Bruce and impressive scenery by Roberto Comotti, Emeritus Professor of the Brera Academy: “Federico Bellone was appointed as show director and I can assure you that, for what we have done so far, the adaptation is quite faithful to the film as concerns the visual aspect, i.e. the set that has been built and the realistic film lighting. I asked the producers almost exclusively for Clay Paky moving lights, which I use along with the conventional theatre lighting: 26 Alpha Profile 1500s, 6 Alpha Wash 1500s and 14 Alpha Wash Halo 1200s.”

Valerio, how did you put together your lighting design for Dirty Dancing on Stage?
“I built it up starting from the stage design and the constraints stemming from the spaces that needed lighting, and followed the suggestions in the script and the director's instructions. The main goal of the design was to try to 'show the film, as far as possible, to the audience', starting from scenic realism: the resort, the trees, the forest, the round terrace on the lake and the gazebo, all stylistically real: not surreal or modern or peculiar. 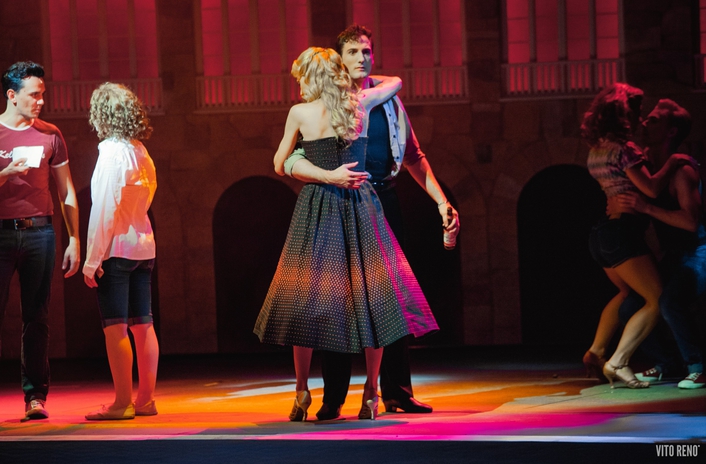 The choice of lights depended mainly on the quality of their light and their power. I needed a lot of light and to work a lot on the contrasts. I even needed to make some of the scenes look overexposed. In the musical scenes, like in the resort dance hall for example, I had to create a 1980s show light quality and alternate saturated colours.

I chose the lights for their features, especially the Profile 1500s and Wash 1500s. I used the Wash 1500s mainly as back lighting to re-create the atmospheres a bit, as if their light were sunlight. They are very powerful, produce a beautiful light and you can play with the colour temperature. The halogens, on the other hand, which I especially love (unfortunately there are increasingly fewer Clay Paky halogens available), produce all the pastel shades that make up the atmosphere of the various scenes and mostly follow the characters. 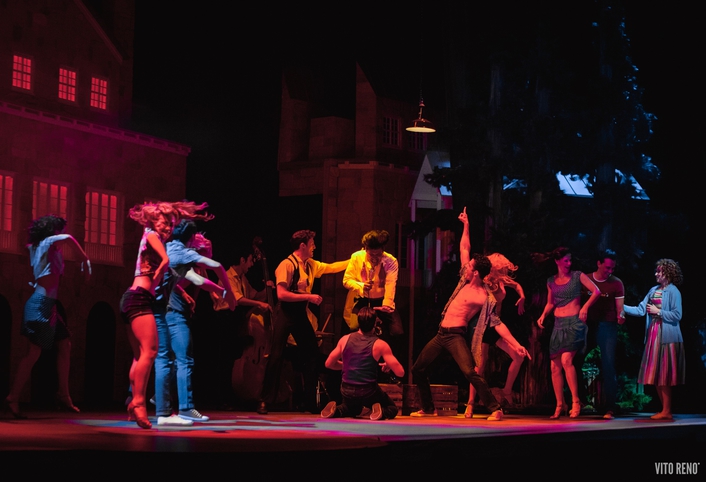 The clearer the director's plans and theatrical constraints were, the clearer the lighting design became on paper, together with the tasks I needed to assign to the various lights, their movement and the sequences needed. This included representing the passage of time (from noon to evening and on to sunset) and the story time settings. I have to say that this stock of Clay Paky lights gave us a big helping hand in transforming the initial project into a final design on the stage during the rehearsals with all the scenery and the stage overrun with actors. 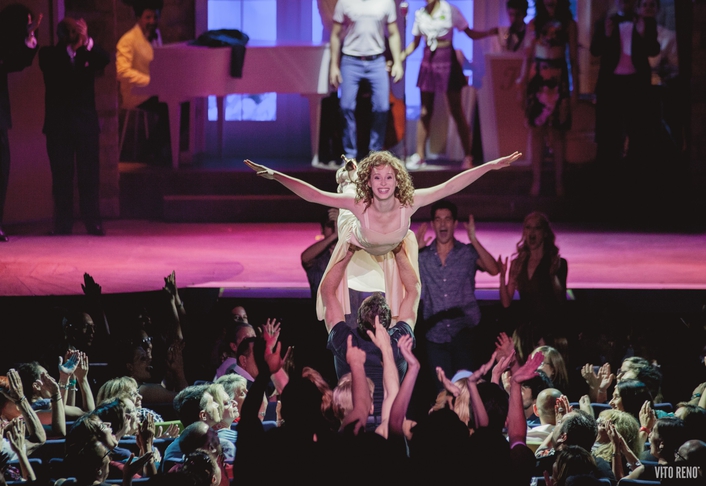 The Italian début of Dirty Dancing - The Classic Story On Stage was a resounding success last season and broke all box office records for tickets sold and takings. On the strength of this success and many sell-outs, the show went back to Milan and was presented to the press at Expo 2015 just ahead of its new Milan début.

The tour will continue and end after the summer at the Gran Teatro in Rome on 13 November 2015.