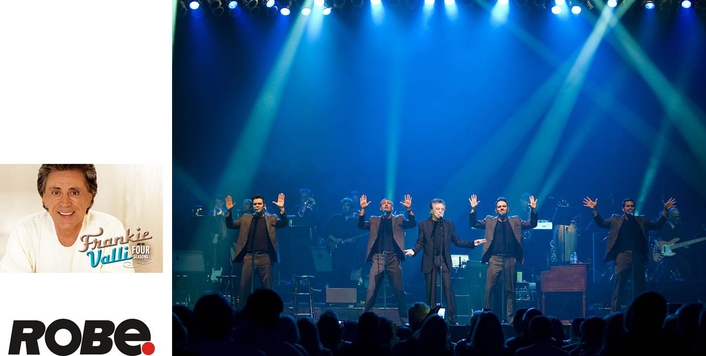 At 82 years young, legendary singer, recording artist and frontman of The Four Seasons Frankie Valli is still playing live and touring two weekends a month for most of the year … with Robe as the first choice of moving light on the rider.  Valli has had multiple chart-topping singles and albums throughout an incredible six decade career and has also been inducted into the Rock ‘n’ Roll Hall of Fame.

Los Angeles-based Dean Egnater is lighting designer and tour manager and has been working for Valli for 15 years since originally being hired for a 3 week period in 2001! Their touring schedule includes a variety of venues encompassing theatres and arenas which are always sold-out, and for which the largest version of their lighting plot includes around 46-48 moving luminaires – Ideally an equal split between profiles and washes.

The Valli spec now includes Pointes – which he likes for their properly ‘hybrid’ functionality and the variety of different potential looks – even though he doesn’t use any of the gobos, prisms or other effects for this show.

He lights the show in an almost architectural style … effectively building a set from the lighting, adding structure and form to the stage space with beams, intensity variations and color dynamics plus the ability to change the focus and emphasis and follow the harmonies of the music.

He needs to be able to close the space down for the intimate numbers and open it up again adding movement and excitement for the up-tempo moments. 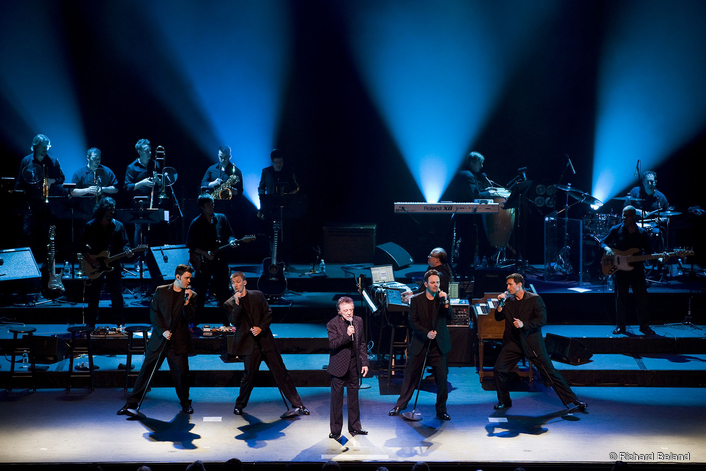 Talking Robe generally he comments, “The colors are good and the movement is nice and smooth” and Robe is also his moving light of choice for reliability as well as versatility.

More recently, in Europe, he has used BMFLs which he thinks are “outstanding lights”.

With 16 people onstage all needing to be constantly lit, Dan creates the base washes using PAR cans … then builds different looks and scenes with the moving elements on top of that. It’s a subtle and moderately paced show filled with elegant and considered lighting moves.

“The old school approach is completely appropriate” he explained, adding that Valli performs the same show each time, note-for-note.

He feels that Robe has steadily become more of a key player in the world of moving lights in recent years. Having encountered them consistently in Europe and Asia for some time, he’s expecting the recent increase in U.S. business to have the same effect at home.

Dean Egnater’s show business career started onstage aged 15 … and it’s all he’s ever known. He studied at theatre school before lighting Broadway shows for a few years then moved to the industrial and commercial lighting sector, which was followed by concert touring. Right now he’s kept busy with Frankie Valli most of the year … along with a nice selection of other TV lighting and production work.