It’s a Yes for Robe 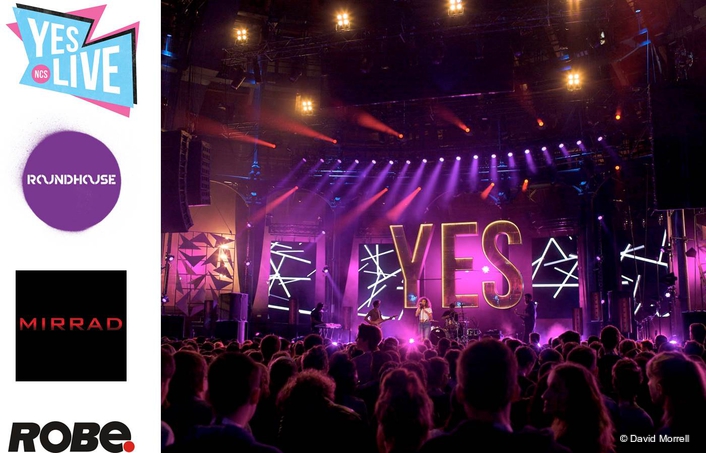 The annual YesLive show helps inspire 15 – 17 year olds to get involved in once-in-a-lifetime activities via the National Citizen Service (NCS) initiative. Bryan worked alongside CC Labs who commissioned MIRRAD to produce the show design and co-ordinate the visual production including lighting, set and video.

He and Jamie started with a series of four 3 x 2 metre ‘scenic’ screens curving around the back of the stage mimicking the curvature of the venue’s famous architecture. A downstage centre video screen 6 metres wide by 3.5 metres high came in and out on a Kinesys system shielding the stage for changeovers.

Lighting, the LED screens and automation was supplied by leading UK rental company Colour Sound Experiment – which has a large stock of Robe fixtures.

Bryan and Jamie also collaborated closely with TV lighting designer Ben Everett, as the show was both live streamed and recorded for DVD. The live camera mix was directed by Matt Askem and the Green Room area was lit by Francis Clegg, also from MIRRAD.

The Robe count included 24 x BMFL Spots, 20 x Pointes, 20 x LEDWash 300s, 54 x LEDWash 600s and 8 x LEDWash 1200s. The production lighting also tied in with some of the house lighting rig which has a backbone of Robe fixtures.

The BMFLs were positioned in trusses over the stage and also on the deck behind the video screens where their incredibly bright beams cut through. At times they were used to silhouette the various artists which included Tinie Tempah, Jess Glynne and Craig David and a load of other rousing performances.

It was the first time that Jamie – who has been touring with The Script constantly for the last year – has properly utilised BMFL Spots in a scenario other than a festival, and he was suitably impressed! 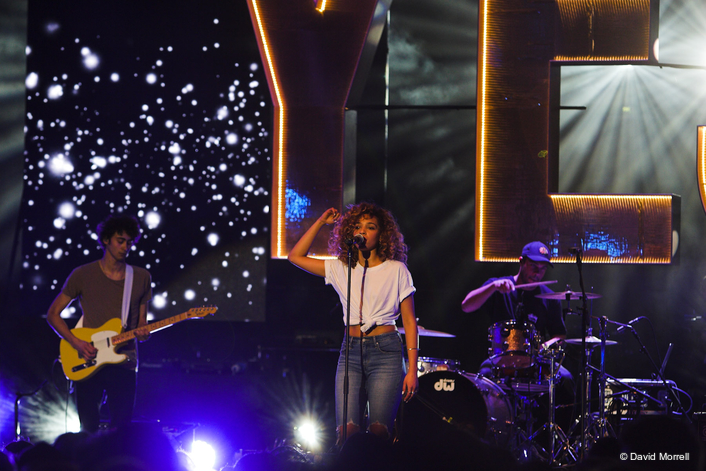 He particularly likes the colours and the zoom and comments that even the Congo Blue is strong enough to blast through and hold its own against – in this case - the high light levels output from the 10 mm screens. “I think they are a great contender for the next ‘industry workhorse’,” he stated.

Fourteen of the Pointes were positioned in an arc from the stage around the back of the room and used for spectacular audience reverse and back-of-camera shot fillers. “They were great,” says Jamie describing how they sliced decisively through all the smoke.

LEDWash 300s are very small, so they could be ensconced in all sorts of nooks-and-crannies around the venue – which both Bryan and Jamie know intimately. They were also rigged in between the Pointes around the back of the hall for additional soft-edged beam effects which juxtaposed perfectly with the Pointes.

The six LEDWash 1200s were used for side lighting  onstage … they wanted a punchy wash to blast across the stage and also provide eye-candy for the back-of-camera shots and light the spectacular copper tinted ‘Y-E-S’ scenic letters mid-stage.

The 600s were dotted all around the stage and on the floor for nice wide beamy effects. “They did the job really well,” commented Jamie.

“It was a really enjoyable event to light,” says Jamie. The demands included taking all things into consideration – lighting for TV broadcast and for live performance. Every shot had to look interesting and the vibes needed to be kept dynamic, pumped-up and constantly changing for all those packing into the Roundhouse and experiencing the gig in real time. 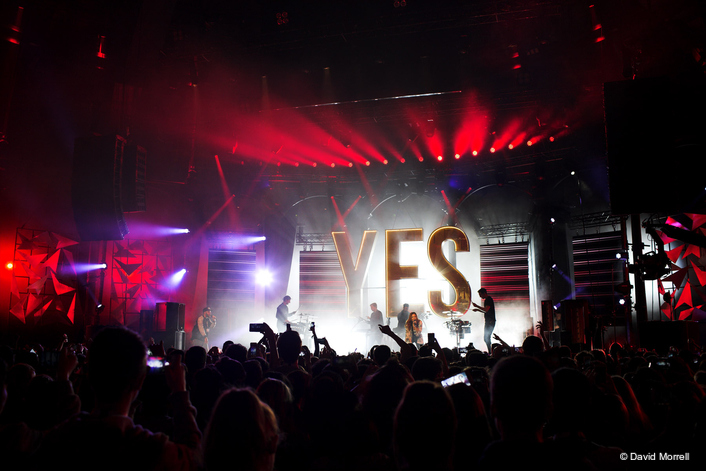 Jamie operated all the moving lights and also triggered the media server from his control console that was feeding the playback content to the four scenic screens. Ben operated a second console, taking care of all the key lighting, generics and also calling follow spots. 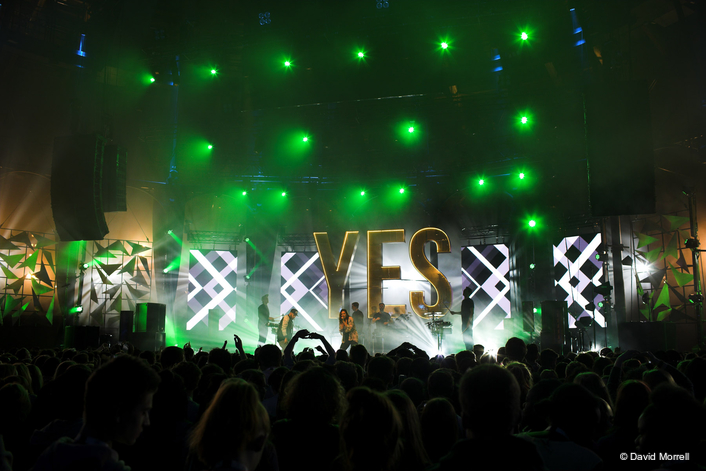 Rigging was co-ordinated by PTG and Simon Ambrose and supplied via Colour Sound. They worked particularly diligently to get the four scenic LED screens in the right places, each requiring a two-point bridle!