The extensive tour, which is garnering huge critical acclaim, follows the release of Adele’s record-smashing third studio album, 25, in November 2015 which has established her as one of the most successful recording artists of all time.

Lighting operator / director on the road is Roland Greil, and the equipment for the UK and European legs of the tour is being supplied by west London based rental specialist, Neg Earth, while Upstaging will deliver the rig in the US. 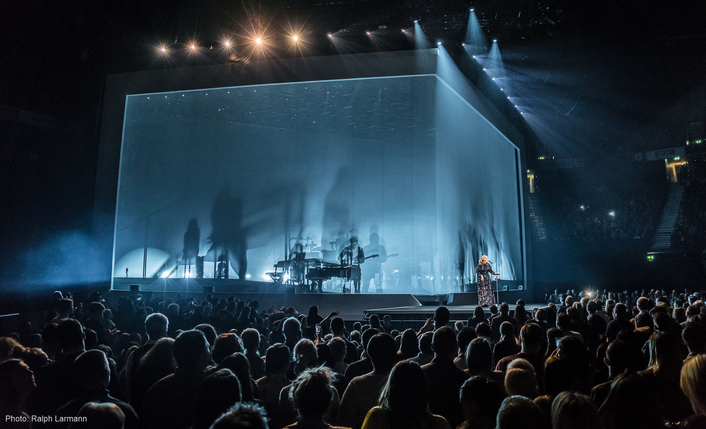 They provide the main backlight and profile effects and are utilised extensively through the set for theatrical mood-setting as well as potent, edgy, back-light looks, and were chosen as an appropriate high powered profile fixture to fulfil this element of the design. 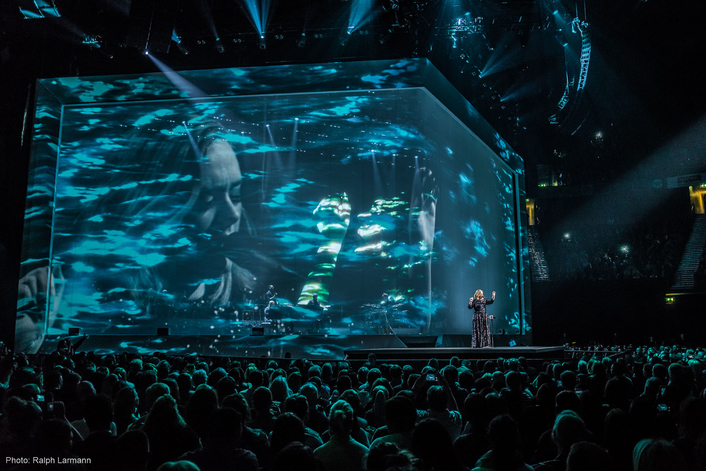 Patrick worked closely with creative director set designer Es Devlin and video content producer Lizzie Pocock from Treatment on crafting the show’s elegant visuality. “It was clear from the beginning that this was to be an elegant, timeless show with much of the dynamic coming from the video content,” explains Patrick.

A unique aesthetic for the tour evolved over a three month period that preceded production rehearsals at Wembley Arena, during which time they - Adele herself and her creative team - were engaged in several high profile  TV and Awards events including The Grammy’s and The Brits plus a TV special at Radio City Music Hall in New York.

“We decided to make a statement by not using any saturated colour in the show,” says Patrick, a technique applied right to the end with the exception of a single cue - in red - during Skyfall, which has incredible impact and emotional intensity.

The set features an unusual V-shaped stage front accentuated with an internally lit lighting frame. A series of gauzes and screens fly in and out across different planes working either together or individually to vary the depth and dimensions of the performance space. The B stage in the centre of the auditorium is also surrounded with gauzes that magically appear and disappear as the set unfolds … together with the much talked about four sided rain curtain, which is a bit hit with the press!

Roland is operating the lights using a grandMA2 full size console which he programmed during production rehearsals.

Joining him on the road are lighting crew chief Chris Davis and systems tech Luke Radin who are contracted by production for the whole tour. For the European legs, Neg Earth is providing Jim Mills on dimmers and lighting techs Jamie Gorman, James Frederickson and Sarah Janebrink. 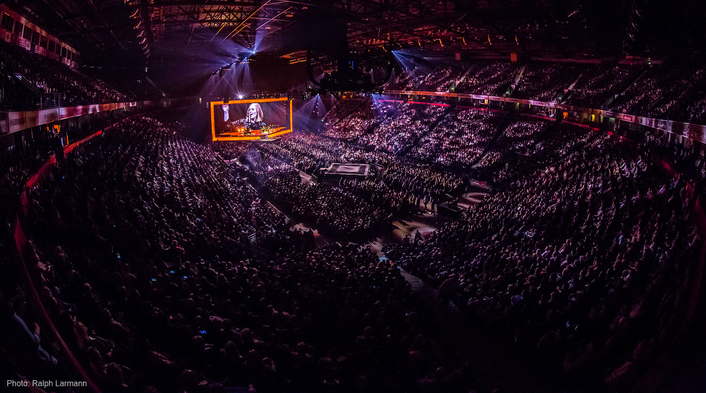 Patrick has enjoyed many aspects of this project including the developing relationship that the whole creative team has enjoyed with the artist. “She’s direct, very clear about what she wants, always collaborative, totally unaffected … and very funny. The creative period has been a joy for all of us involved,” he concludes.