Cool, credible and creative, Chance the Rapper is enjoying plenty of popularity and critical comment in general, and on his past US tour in particular, which featured an eye-catching show designed by another rising star in our own industry, Michael Apostolos. Like the artist, Michael is also based in Chicago. They met through Chance’s management team four years ago, when Michael started as LD, and he is now the creative director as both their career trajectories have soared.

Michael put Robe moving lights right at the heart of the “Be Encouraged” tour, specifying 30 x BMFL Spots, 4 x BMFL WashBeams and 56 x LEDWash 1200s as well as 8 x CycFX 8s for the tour, all supplied by rental specialist, Solotech.

The lights were positioned across five overhead ‘finger’ trusses, fanning out from upstage center and along the deck upstage of the band risers.

The LEDWash 1200s formed the “backbone” of the show explained Michael. They were in virtually every cue, programmed into the grandMA2 console, and some meticulous programming ensured that each LEDWash look was unique and interesting. 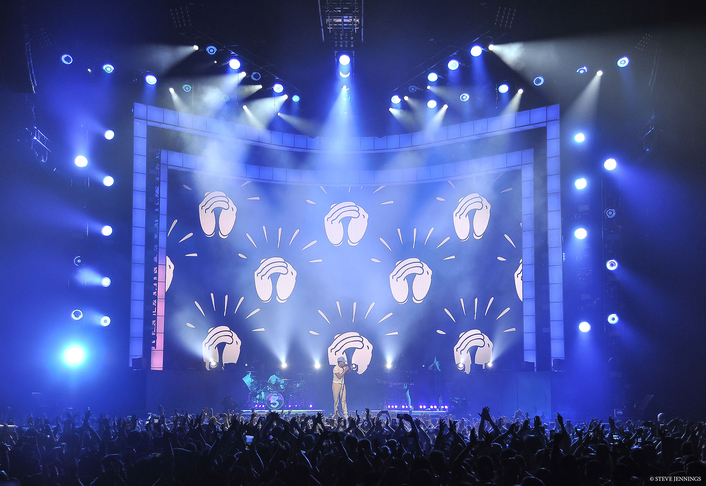 The BMFL Spots were the major profile fixture, while the WashBeams were used for specials and surprises in this colorful, high-impact performance.

The CycFX 8s were used to add low backlight to the band and help create highlighting moments delineating the musicians on stage.

In his creative director’s role for the tour, Michael also designed the set, based around a large upstage curved LED screen, bringing a clean and elegant look to the stage. This was framed by two proscenium ‘light boxes which added further color and definition. 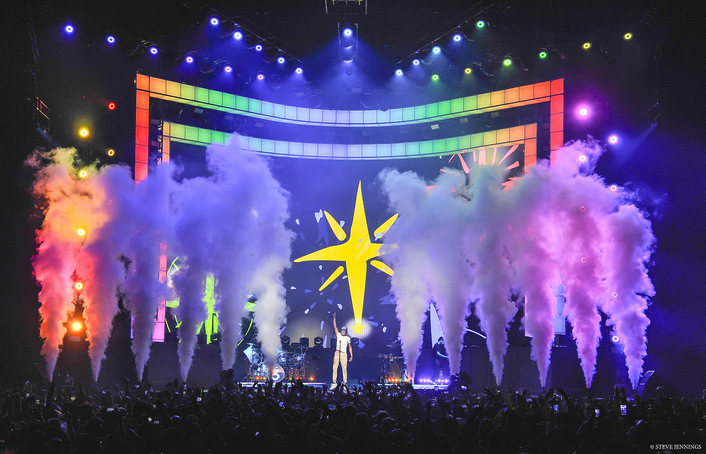 The light boxes had an opaque frosted plexi on them which helped diffuse color blasts within.

Both IMAG and playback video footage appeared on the screen throughout, running harmoniously with the lighting in a series of carefully choreographed sequences and cues, that captured and embraced the numerous moods and vibes throughout the set … from moments of intense excitement to the intimate and personal, as Chance expands the great connection he has with his audiences.

Michael had used BMFL Spots on the last tour and “loved their output and versatility”, so he wanted them back on this one, also deciding to try the WashBeams as he was interested in additional features like the shutters. 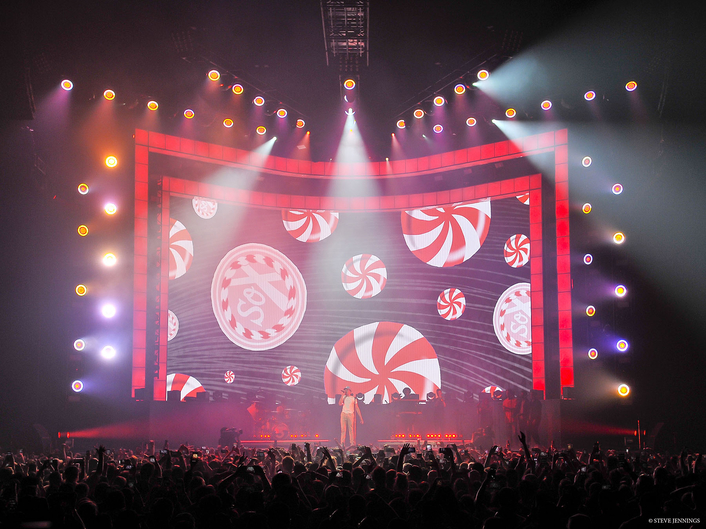 He needed the extreme brightness of the BMFLs to stand out against and cut through the busy LED backdrop.

He started utilizing Robe products about 3 years ago, and appreciates where the brandis at right now. “I like the fact that Robe continues to produce well designed fixtures that deliver everything I need.”

He is really enjoying being able to collaborate with Chance on his live shows and enjoys being part of a close-knit family on the road, all with a real passion for their work and how it can fit together as a collective entity. 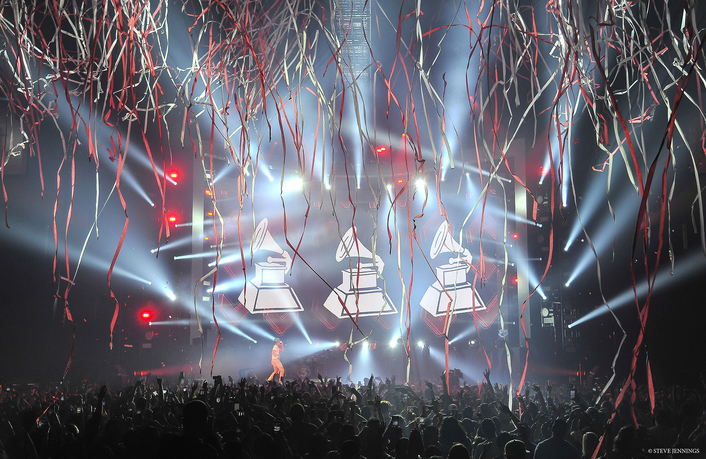 Michael is impressed with the service from Solotech, saying they have been “incredible and reliable.” Lee Moro is the account handler, his first time working with the Chance production and Michael commented, “We’re really pleased with everything - they worked exceptionally hard and closely with us to help deliver the best possible production.”

Michael’s programmer and associate designer on the tour was Elliot Little. The two have worked together before and enjoy a great imaginative workflow. The video director was Bob Zegler and the content was created by OJ Hays and 4U2C. Keeping everything in check on the road was production manager Jeff Kicklighter. 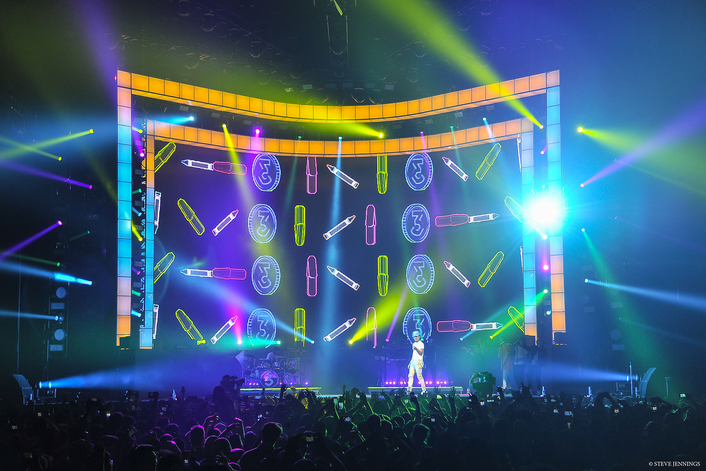 Chance’s career continues to fly high. His fanbase – wide, diverse and constantly increasing - includes many who have had eyes on him since he hit the scene in 2012, and are now celebrating more recent achievements like winning three Grammys, performing at the White House (during the Obama Presidency) and appearing three times on SNL!

Chance is also a keen social commentator and philanthropist and is involved in many initiatives including campaigning to stop gun violence and promoting racial justice and education.