Robe Catches the Beat with 250 Fixtures at ULTRA Miami 2016 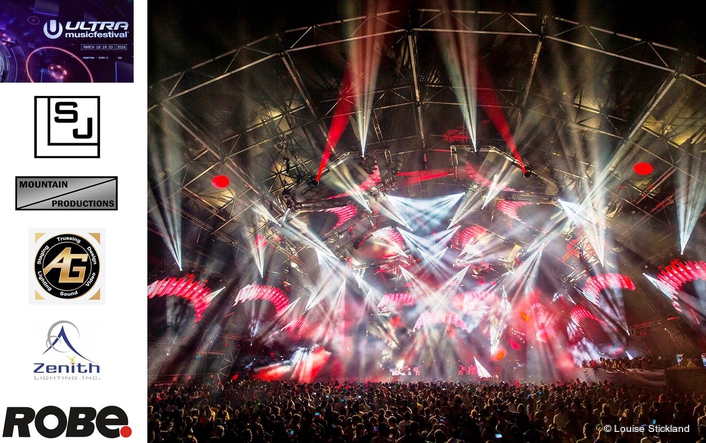 Ultra Miami 2016, a major U.S. EDM event staged along Bayfront Park in glamorous downtown Miami, attracted over 150,000 music fans and party people for three days of festive enjoyment with some of the best dance sounds on the planet. This year, Robe BMFL and Pointe moving lights were prominent on three major stages – the Main Stage, the Live Stage and the Carl Cox & Friends Arena – all helping create visually stunning environments.

The production design for Carl Cox & Friends, and the Worldwide Stage was created by Steve Lieberman of SJ Lighting. Contracted directly by Ultra, Steve was also the lighting designer for the main stage, where he collaborated closely with creative director Richard Milstein and production manager Ray Steinman to develop a unique Ultra concept that also took into account the requirements and specs of all the headliners – a veritable Who’s Who of EDM A-listers! 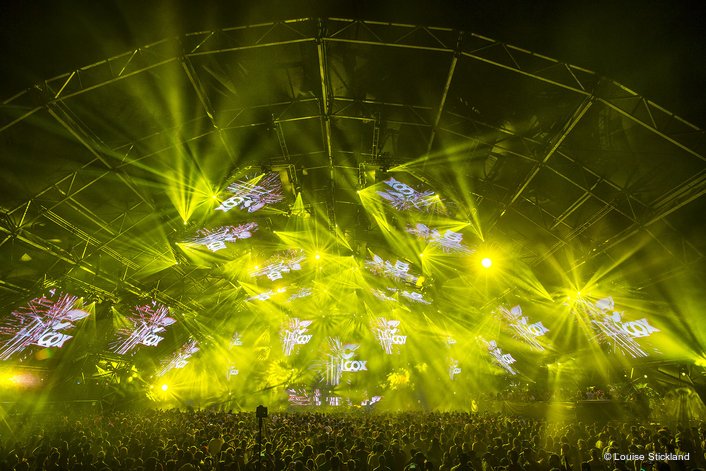 Pendulum, Hardwell, Avicii, David Guetta, Afrojack, Martin Garrix, Zedd and many more rocked the Main Stage; Deadmau5, Nero, Mike Snow and Purity Ring were among the talent-packed Live Stage performers; and Richie Hawtin and the truly legendary Carl Cox himself held court in his eponymous Arena, which was transformed – using the same rig overhead for Armin van Buuren’s superlative A State of Trance (ASOT) on Sunday.

On the Main Stage – a 215 foot masterpiece of technical art built by Mountain Productions - ensured the Ultra experience was truly awesome, together with 64 x Robe BMFL Spots that had massive impact, shooting out into the night juxtaposed against the famous Miami shore and skylines. All lighting was supplied by Solotech and the vast amount of video surfaces by Screenworks. 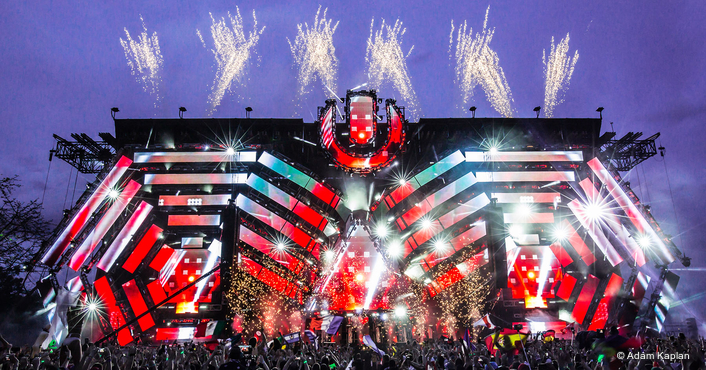 Over in the Carl Cox & Friends Arena, Steve Lieberman’s design – he also operated lighting at this venue – featured 24 x BMFL Spots and 96 x Pointes. These powerful and flexible multi-purpose fixtures were used to the max over the three days and chosen for their multi-functionality.

A series of trussing lighting pods were positioned in the roof so they elegantly curved around the spacious structure accentuating the architecture.

The moving lights were scattered across these pods, each of which was filled with LED panels in the centre, a combination of 8 mm and 37mm pitch products, with the six most central pods were flown on an automation system that moved them into different positions throughout the night, tilting, pitching and completely changing the spatiality of the venue. 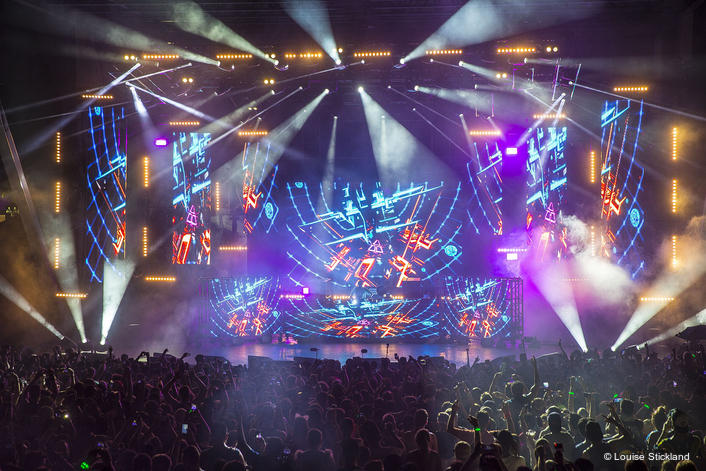 The structure, video, lighting and rigging were supplied by AG Production Services from Las Vegas, headed by Andrew Gumper, with the Robes supplied by locally-based Zenith Lighting.

Joining Steve Lieberman at FOH on operating duties was Michael Seeverens from The Art of Light, who looked after ASOT.

Robe’s BMFLs and Pointes once again proved they are ideal fixtures to extend the energy and vibe of EDM lighting … from the DJ booth out into the crowds! The incredible flexibility offered by using these lights means that LDs working for multiple headlining artists can program completely different shows using the same top rig. 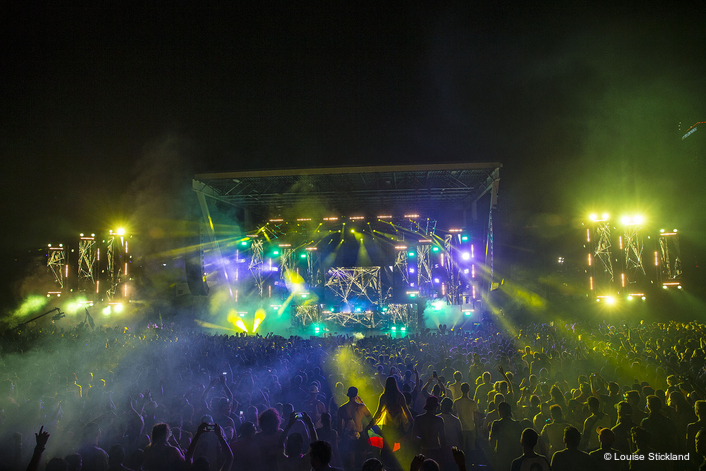 The Live Stage – built around the permanent Bayfront Amphitheater

Steve Lieberman commented, “Optically, the Robe fixtures exceeded my expectations – when it came time to put the fixtures directly into the face of the audience, I was able to balance the looks with a very refined edge focus so it was visually pleasant to everyone. When needed … the raw power of these units made it feel like we ran them over with a truck!!!”