Robe once again had a big presence at Electric Daisy Carnival (EDC) in Las Vegas, another high profile event on the U.S. EDM calendar – following spectacular performances for the brand at ULTRA Miami and Coachella.

As the main production stage of the event, the star-studded line up included Armin van Buuren, Martin Garrix, Afrojack, Eric Prydz, Kaskade and numerous others. 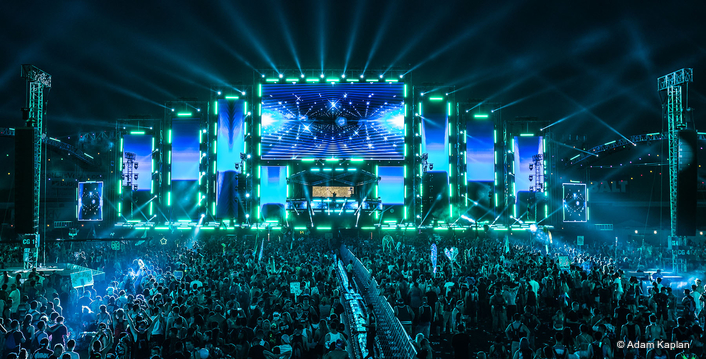 Steve and the team from SJ Lighting presented a completely new visual concept that incorporated lighting, video and set / structural design. The architecture was based on an enigmatic 360 degree coliseum look – classical lines with industrial attitude - a provocative, interesting and exciting environment to host some of the best DJs and music producers on the planet.

With an impressive arena width of 470 feet, the stage measured 250 feet wide with headroom / heights of between 80 and 100 feet at different points. The space was comprised of a series of geometric bridges and towers constructed from trussing and custom metalwork, supplied – along with the full technical package - by AG Production Services. Their Las Vegas facility is conveniently located at the LV Motor Speedway! 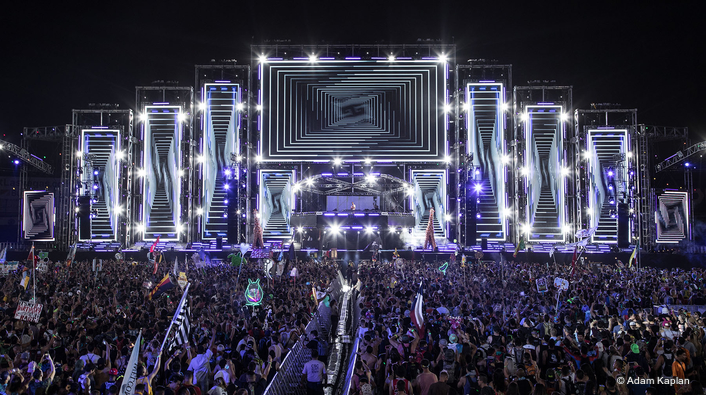 The intricate superstructure also provided positions for rigging the lights. The bridges were built from roof trussing, so fixtures were hung along the bottom rails, whilst on the towers, lights were hung on out-rigged pipes.

Most of the surfaces were clad in LED video panels, so bright, high-impact fixtures were essential. The Pointes and BMFLs were dotted all over the set and both worked extensively and relentlessly throughout the three day event!

The Pointes were Steve’s main in-air texturing fixture, creating all the big, bold multi-beam and effect looks. With 212 of them, there was plenty of headroom for craziness and amazing eye-candy. 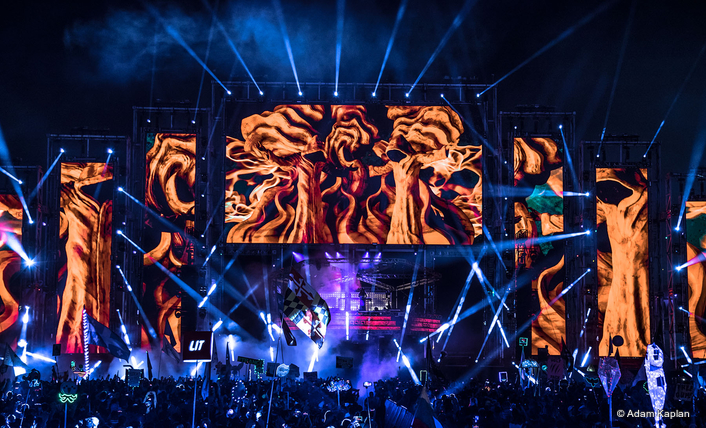 Pointes have become a standard on SJ Lighting specifications for their multi-functionality and versatility and the vast amount of looks and variations. Their speed makes them ideal for EDM scenarios and they can provide more than enough looks for everyone’s set to appear different.

BMFLs were needed for their super-brightness - to cut through the video - and also for their tolerance of “extreme environments” which at EDC included 115° heat during the days, dust, wind and running continuously over 12 hours a day during the technical set-up  and show periods. 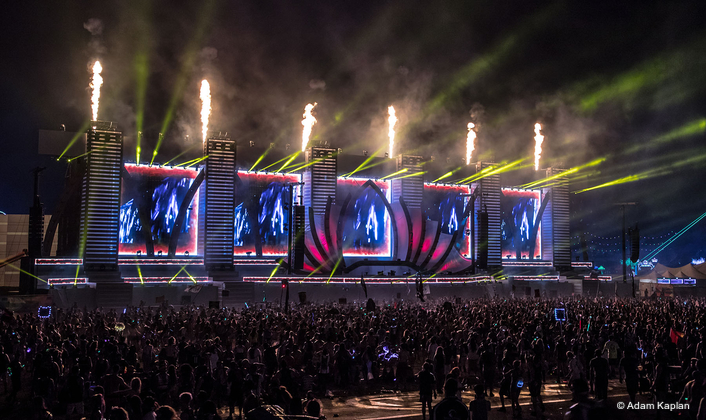 “I’ve had nothing but great experiences with Robe over the years,” said Steve, “The fixtures can take a real beating – and they get absolutely caned on a show like this – and they still come out working!”

Steve programmed and operated lighting for many of the shows himself, working closely with his FOH team of Benjamin Rehm and Maxwell Robin who also took care of running the pre-visualization suite and helped accommodate numerous guest LDs working with their various artists all of whom utilized the rig for a number of memorable sets.

Having been in the business for some years and very active in the EDM world, 90% of LDs know Steve and each other. That familiarity and their mutual dedication for producing the best looking shows … helps things run harmoniously at FOH 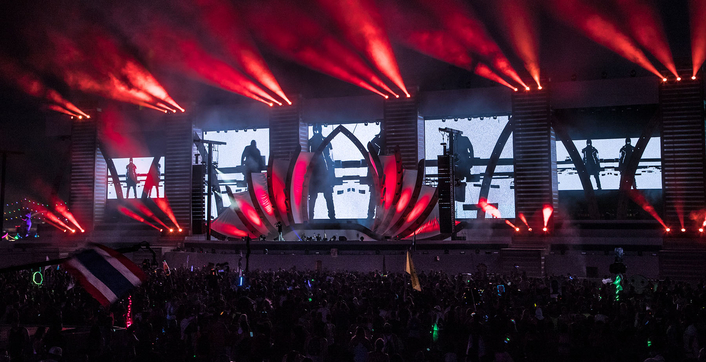 Steve’s biggest challenge at EDC Las Vegas this year was dealing with the sheer scale and size of the production design and the amount of kit involved - which totaled around 1700 fixtures including strobes, LED sources and specials and over 100 DMX controlled-universes..

Robe moving lights were also integral to the cosmicMEADOW Stage, specified by Andre Beekmans of Netherlands-based The Art of Light who created the visual design for this space, using 33 BMFL WashBeams which were supplied by Solotech. Performers included Marshmello, Flux Pavilion and RL Grime.