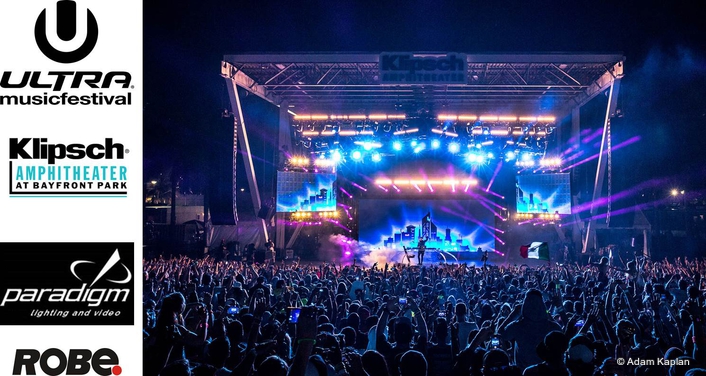 .
Fort Lauderdale-based lighting and video rental company Paradigm Lighting once again delivered a fabulous production, lighting design and kit for the Live Stage at this year’s Ultra Music Festival in Miami, with Robe Pointes and MMX Spots at its core.

Paradigm’s owner and founder Jorge Valdez has been involved in lighting this stage at the US’s premier EDM extravaganza for the last 12 years. The Live stage, located at the 7500 seat outdoor Klipsch Amphitheatre at Bayfront Park, was a major hotspot of the event, and hosted up to eight live artists a day for three days. This year included jaw-dropping sets from Krewella, Netsky, Kygo, Porter Robinson, Bassnectar, Royksopp and Chromeo.

Jorge received a brief of what the organizers wanted to see in terms of a visual concept – Paradigm also supplied video for the Live Stage – and then oversaw its technical realization, which included the specification of the 44 x Robe Pointes and 36 x MMX Spots.

The most important thing to keep in mind when designing this stage explained Jorge, was having a base rig that was appropriate for all artists, which could easily be augmented and work with their own specials and floor packages coming in ‘underneath’.

Around 75% of artists this year had additional lighting and video requirements, for which the equipment in several cases was also supplied by Paradigm.

The 44 Pointes on the production rig were positioned on the overhead trusses – the amphitheatre featured a stage and roof system - on a series of 12 vertical truss towers dotted around the floor and on the stage deck itself. They were the main light of the rig. At some stages, with additional specials, there were up to 60 x Pointes on the rig. 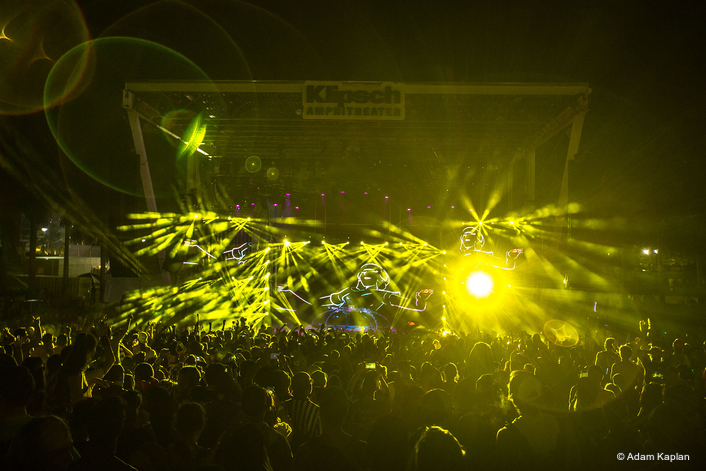 “Without doubt the Pointes were the most popular fixture on the rig and also the most often requested type of light as artists specials,” declared Jorge, adding that all the artist LD’s “love them”, and that the versatility and power of the Pointes meant that even with eight performers per day, they still offered plenty of headroom for everyone to have a completely different looking lightshow.

Paradigm has 86 Pointes in total in its rental inventory … and they are all out and working all of the time. “They absolutely kick ass!” he enthused.

He put the MMX Spots on the rig for their elegance and style, and as the primary profile fixture for texturing and effects across the stage. “MMX is a nice, refined light and works extremely well in conjunction with the Pointe,” he commented. 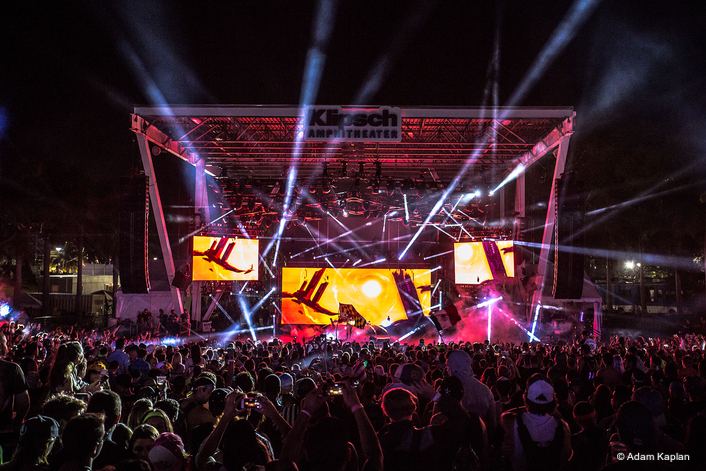 These and other lights were all programmed and run via a grandMA2 full-sized console operated by Mike Smrka, with another one for the pyro and special effects.

The stage operated 24 hours a day for the duration of the festival, with the upcoming night’s headliners programming their lighting and video through the previous night till dawn, so Paradigm’s crew worked in two shifts to ensure that there were always fresh techs on hand to make it run like clockwork. 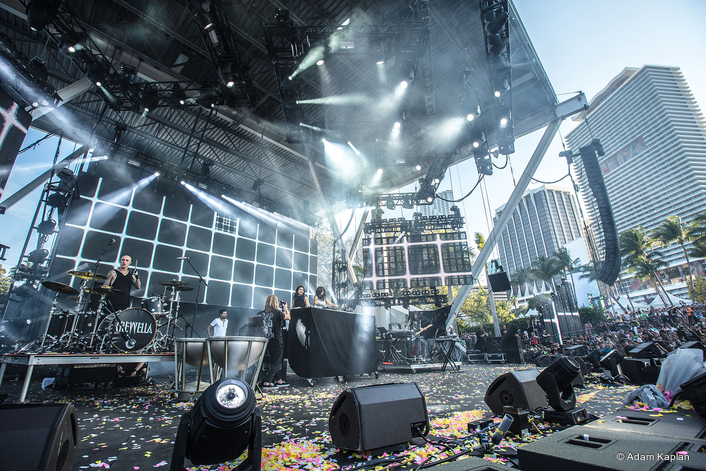 Paradigm was founded by Jorge in 2000. The company specializes in music tours, festivals and TV productions, with many long-term clients including top names from the world of Latin music.

The company first invested in the Robe brand in 2005 and has continued to do so ever since. Jorge commented that Robe’s products are “always inventive, interesting, and most importantly for a busy rental company … RELIABLE!” He also appreciates the “excellent” service and support from Robe Lighting Inc.

In the immediate future, he is designing lights for TV Telemundo’s Premious Billboard, a high-profile awards show honoring the best in Latin music and performance which will feature over 150 Robe moving lights. There’s also a tour with Latin superstar Marc Anthony lined up shortly after.

So … watch this space!