Robe Pointes ‘On Fire’ With the Rolling Stones 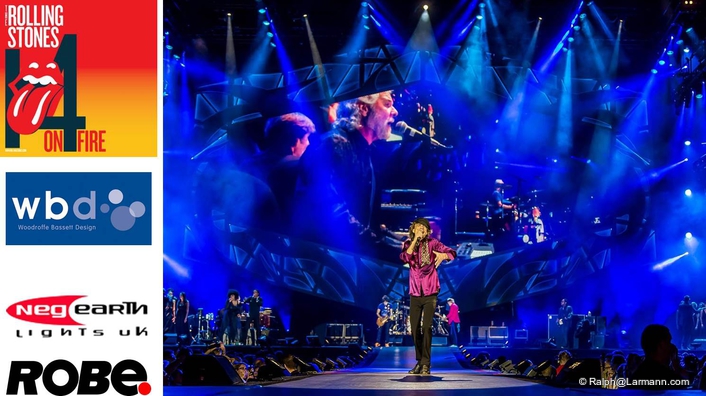 The Rolling Stones’ ‘14 On Fire’ European tour opened in the Telenor Arena, Oslo on 26th May
The Rolling Stones have just finished the European section of their “14 On Fire” tour with another spectacular lighting design by Patrick Woodroffe of Woodroffe Basset Design (WBD) … Which included 54 x Robe ROBIN Pointes amongst 200 plus other moving lights.

The 54 Pointes - the first to be incorporated into a design for the iconic band and the first time that Woodroffe has used Pointes on a major concert touring show - were provided by award winning UK lighting rental company, Neg Earth.

They were located on 12 sections of HUD truss running upstage / downstage either side of the massive stage. 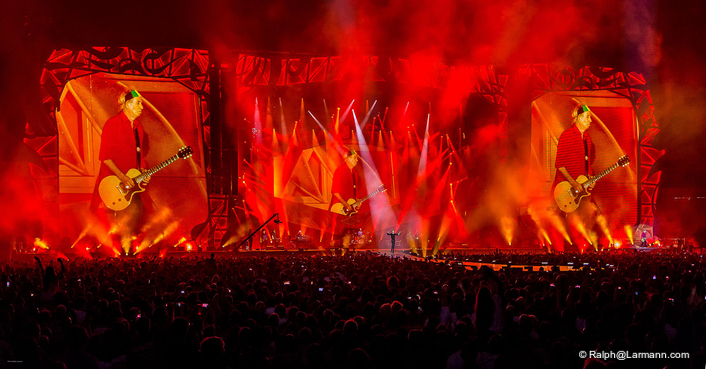 The Pointes were used extensively thought the show to create high impact washes, gobo looks and big beam effects shooting right out into the audience.

WBD’s Design Associate  Terry Cook explains that the team particularly liked the brightness, the linear prism, the zoom and the ability for the unit to be swapped between a beam and a spot fixture.  They also proved very reliable both during the rehearsal period and on the road. 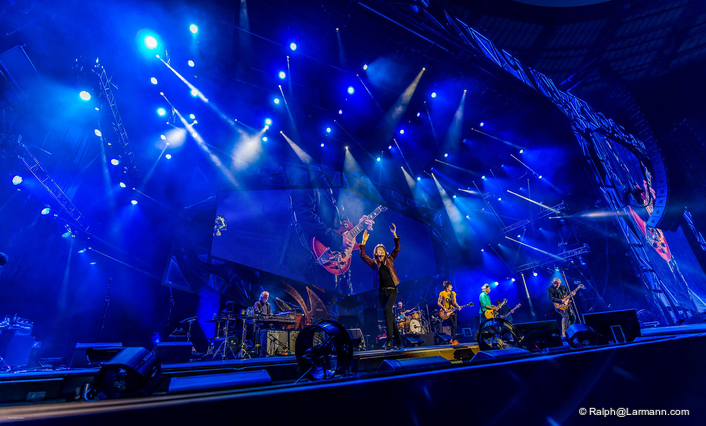 WBD had used Pointes and other Robe fixtures that were supplied as part of the ‘house’ rig, to light an Elton John special performance at Battersea Power Station in London.

In April, WBD used over 500 Robe fixtures in a rig supplied by Brazilian rental company LPL Lighting for the eye-popping Opening Ceremony of the newly refurbished Beira Rio Stadium in Porto Alegre, Brazil.

The Rolling Stones’ ‘14 On Fire’ European tour opened in the Telenor Arena, Oslo on 26th May and finished with a headline slot on the final night of the 2014 Roskilde festival in Denmark, completing 14 very special and unique shows in a combination of arenas, stadiums and festivals, for which they had nine active versions of the lighting rig.

Notably it included a landmark event playing Hayarkon Park in Tel Aviv in front of 100,000 people – the first time the band had played Israel. They didn’t use the Pointes for that one, but they did have some LEDWash 600s!

The tour’s Lighting Director was Ethan Weber, the Lighting Programmer was Eric Marchiwinski and Miriam Evans was the Studio Assistant for WBD. Ron Schilling was the overall Lighting Crew Chief and Fraggle was the Neg Earth Crew Chief for all the gigs where the west London based company provided the kit.