The annual gala Christmas TV show ‘Hodina Detom’ (An Hour for Children) is organised by the Children of Slovakia Foundation to help raise funds and awareness for the charity, which works to empower children and young people nationwide who are living in and dealing with difficult circumstances.

Top lighting designer Martin Kubanka again brought his style and expertise to ensure it was a memorable live broadcast, and specified nearly 100 Robe fixtures including Spikies, Pointes, BMFL Spots and BMFL WashBeams, plus LEDWash 600 moving lights, together with the fabulously retro PATT 2013s. All helped bring extra special touches of seasonal magic to the mix.

The show – for which a host of celebrities and VIP devoted their time for free – was staged at the RTVS TV studio in Bratislava from where it was broadcast live and people could make donations online.

Martin has lit this showcase telecast for several years, however this was the first time he had incorporated PATT 2013s into the design and also Spikies. Both fixtures have been recently purchased by Q-99, with the PATT 2013s ordered specifically with Hodina Detom in mind. 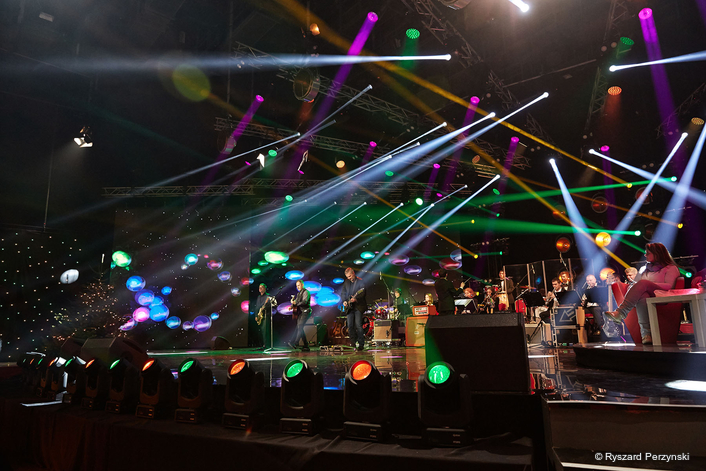 “PATTs look so cool - both on stage and on camera - and bring simultaneous flourishes of retro and contemporary to any set,” he explained, deciding to rig them in a 3x4 upstage matrix which created a striking wall of luminosity visible in all the full stage shots.

There were four large LED screens either side of the PATT matrix, and then 28 x Pointes were arranged over six above-stage trussing fingers which fanned out from back to front. These were used for all the beam-technology and aerial effect work. 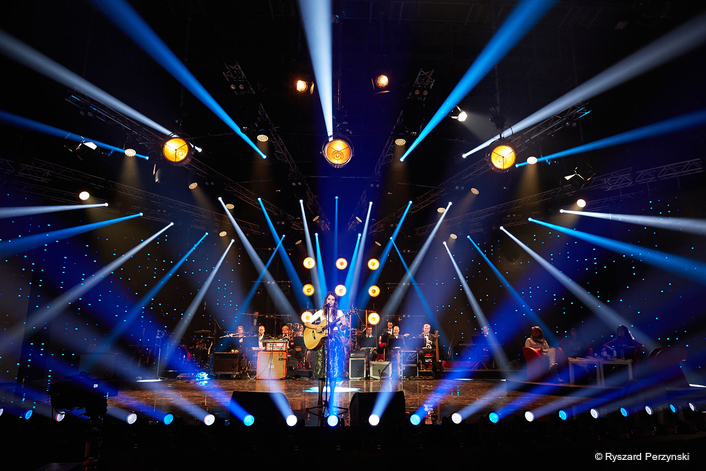 Twelve BMFL WashBeams and 16 x LEDWash 600s were used to light the 30 piece orchestra who backed all the artist performances. It was vital to light the musicians well so the cameras could pick out all the details. The musical arrangements added depth and richness to the performances and were very well received.

Sixteen of the 24 Spikies were positioned around the curved stage lip in the footlights position where they were highly visible and effective. Martin used the continuous rotation feature a lot and really likes the speed of this potent little light and the power of the beam.

The other eight Spikies were dotted over the finger trusses proving great for twinkly and whizzy looks. 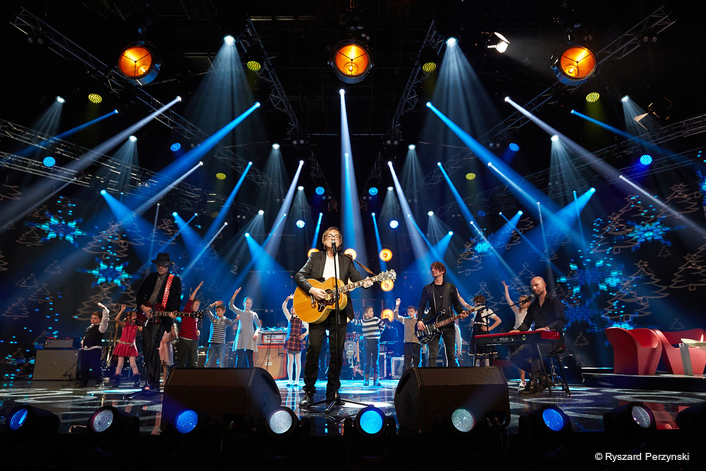 Six BMFL Spots located towards the upstage edge of the two most offstage finger trusses were utilised for a variety of in-camera effects, utilizing prisms, gobos, frosts, etc.

“Having such a diversity of Robe fixtures to hand meant I had endless flexibility. I could ensure that each singer and star had their own individual looks as well as creating consistency and a series of signatures look for Hodina Detom 2016, an event with which I am extremely proud to be associated,” stated Martin. 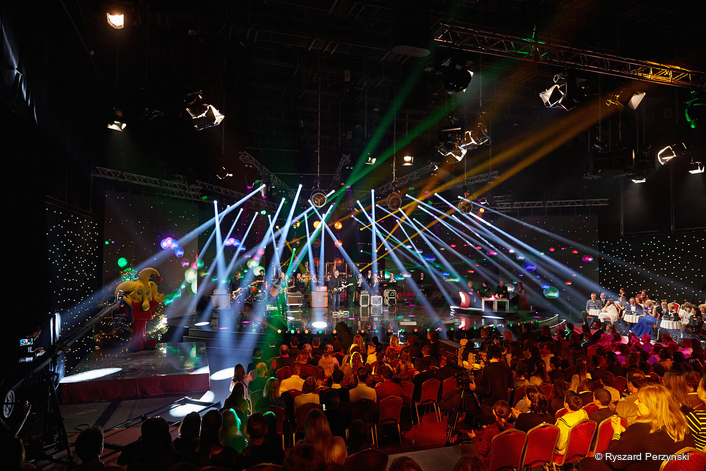 The Children for Slovakia Foundation is dedicated to energising children and young people through special aids, rehabilitation, a range of therapies and psychological assistance, entertainment and learning, boosting their confidence and self-esteem esteem. In the 17 years since the charity was founded, it has raised over 5 million Euros which have been distributed between over 1700 projects, assisting nearly 270,000 children and young people in the process of this valuable work.