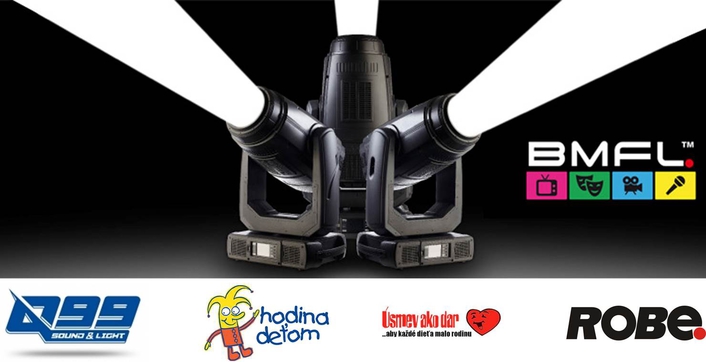 The BMFL Spot is undoubtedly the flagship of Robe’s current product range
Slovakia’s leading lighting rental company, Bratislava based Q-99, has expanded its already extensive stock of Robe moving lights with the purchase of 24 of the new BMFL Spot multi-functional moving lights.

The company is headed by Martin Kubanka, who is also one of the country’s leading lighting designers and a top practitioner in the world of European television and special event lighting and visuals. 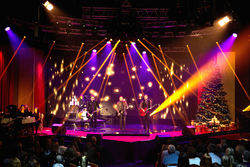 It’s always been Q-99’s policy to invest in certain  elements of new technology as and when they first come to the market, and Martin wasted no time on snapping up some BMFLs which he first saw in action during one of Robe’s special BMFL World Tour roadshows after its launch in September.

He was impressed by its many features – the exceptional brightness of 250,000 lux at 5 metres,  the huge zoom of 5 – 55 degrees, the CRI of 92, fabulous colour mixing and the numerous effects including colour wheels, rotating and static gobos, prisms dual graphics wheels – all in a fixture weighing just 36 Kgs.

“The technical parameters were so impressive,” commented Martin, “The speed of the fixture, the ultra-smooth dimming and colour mixing, special features like the auto-focus, and the consequent wide range of applications … made them a ‘must-have’.” 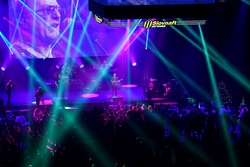 Having now had the chance to put them into action on his own shows, Martin is extremely happy with his decision, and is still as blown-away as he was at first with all the above mentioned features, as well as the BMFL’s ability to function equally well as a wash, a beam or a spot fixture.

“The BMFL Spot is undoubtedly the flagship of Robe’s current product range,  ” he states.

Hodina det’om (An Hour For Children) was a recent high profile TV show, staged at RTVS Studio M4 in Bratislava  for Channel 1  on which Martin used 12 x BMFLs – four on the floor and eight in the air, hung on two arched trusses over the stage. They were mostly used in spot mode, and everyone was amazed by the “Awesome variety, the width of the optics and the incredible power”.

Lighting Designer Michal Brna used 18 of Q-99s BMFLs on a gala evening for Slovnaft, Slovakia’s largest oil refining company at the Slovnaft Ice Hockey Arena in Bratislava. These were all hung on trusses over the stage, 12 at the back and six on the mid-truss. They were used for a wide range of potent effects for the show with lively performances by three of Slovakia’s leading bands / singers, interspersed with speeches. 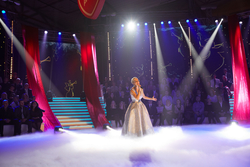 Another TV show was Úsmev ako Dar (Smile as a Gift), an annual charity fundraiser to help children living tough and challenging lives, which also featured a host of popular artists performing live, staged at the Incheba Exhibition Centre and broadcast on main national TV channel, RTVS1. Martin himself was the LD for this one, and he used six BMFLs on the upstage trusses for high impact aerial and other effects.

The BMFLs join over 350 other Robe moving lights in Q-99’s current rental stock and are constantly in demand for all types of shows.

Q-99 bought another 48 x Robe Pointes at the end of last year in anticipation of a busy year ahead.