Leading Slovenian lighting designer Crt Birsa was asked to create a dynamic production lighting scheme for the main stage at the 2015 Schengenfest event, Slovenia’s largest festival, staged at Vinica, Bela Krajina and attracting up to 10,000 music fans each day. They enjoyed a series of rousing performances from a selection of top international artists and local heroes including Rudimental (DJ set), Asian Dub Foundation, Magnifico, Siddharta Stahlzeit and Guano Apes.

Crt chose to use close to 80 x Robe moving lights which were mostly supplied by rental company Intralite. This included 20 x Pointes, 16 x Robin 600E Beams, 20 x ColorSpot 1200E ATs, 20 x ColorWash 575E AT Zooms and three ColorSpot 700 E ATs all right at the centre of the design, which also utilised a number of other lights. 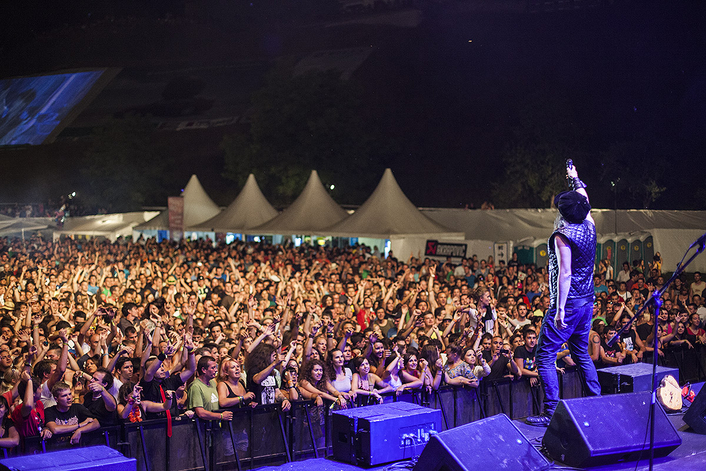 Crt and programmer / operator Nikola Podlesnik worked closely on creating a range of good looking shows for all the bands not bringing their own LDs. Both are busy freelancers, and on this occasion, were asked to take care of the Schengenfest lighting by Intralite.

Intralite has a large stock of Robe fixtures, however the Pointes were cross rented as they were a key to Crt’s design, and, he reckons, “Just the best beam / spot type fixtures on the market right now!” 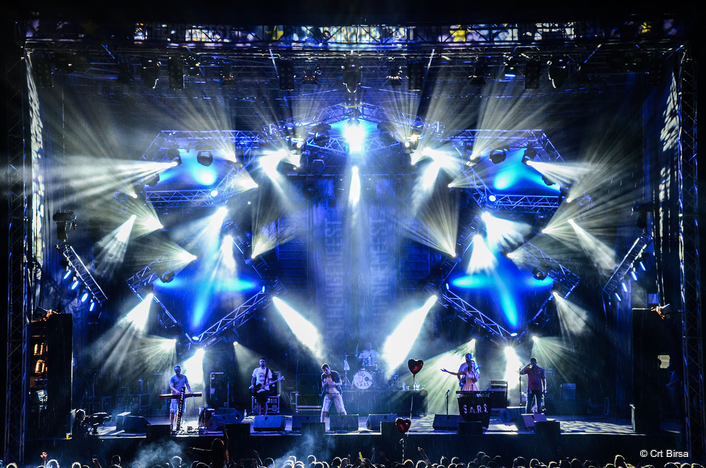 The Robes were placed all over the stage to give different layers and levels of lighting that could produce big, bold, impressive pictures.

He laid down the base washes and specials and then created the unique looks over the top using the Pointes.

The Pointes were the real centrepiece, giving Crt the latitude to create different lighting looks and scenes for every act appearing on the stage. 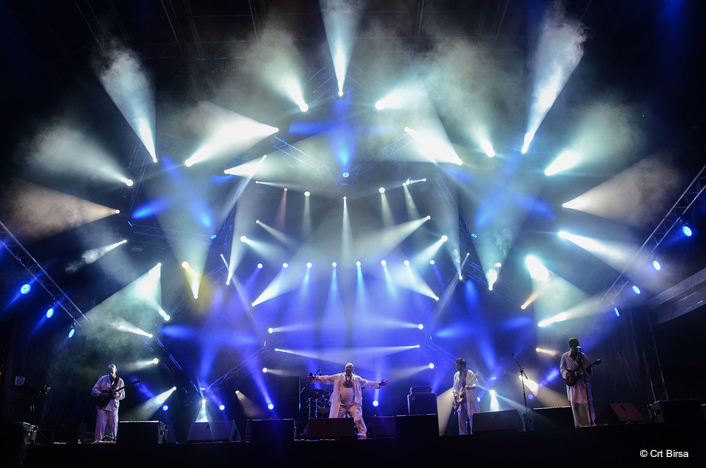 He likes both the linear and multi-facet prisms – especially when applied across multiple fixtures which can be especially eye-catching.

He thinks the gobo selection is imaginative and having the second beam-reducing gobo is very useful. They made much use of the colour wheel effects for this event, and Crt remarks that having the red first on the wheel and the UV last makes some eye-catching flips.

“They’re also very fast fixtures – the overall movement and parameters like the zoom – and of course the brightness is excellent,” he states, adding that they used the zoom frequently to vary the beam width. “They are still more than bright enough … even when using a wide zoom,” he maintains. 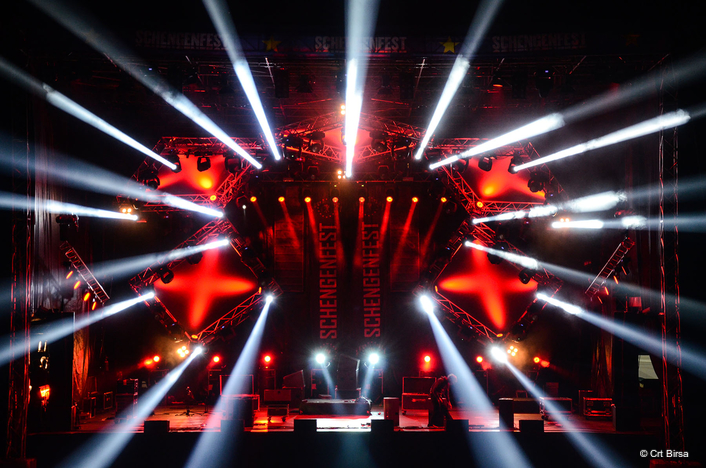 Crt has used Robe products in his work for some time, and observes that the compatibility between fixtures makes them all the more usable when combining different generations of fixtures.

On this, the ColorSpot 1200E ATs’ red/UV gobo combined nicely with the red gobo to the 600E Beams. “This continuity helps to create great new overall looks using all the products – from present and past”.