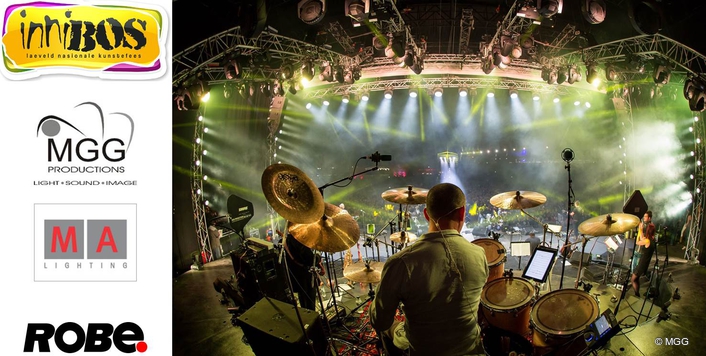 The main stage for the 2015 Innibos arts festival – one of the largest Afrikaans events in South Africa drawing over 107,000 people over five days  -  staged at Hoërskool Bergvlam in Nelspruit, was lit for the eighth year by Pretoria, based LD Johan Ferriera. This year he chose to work with nearly 150 Robe moving lights, supplied to the event by Johannesburg based MGG, one of the country’s leading technical production specialists.

Johan was also responsible for the set and visuals design, which allowed him to deliver a coherent and harmonious ‘bigger picture’ designed for a diversity of artists appearing over the four days – typically with 15 – 20 acts onstage per day – plus a large gospel show on the Sunday.

He worked alongside the festival’s creative team, with the starting point for the stage lighting design being the biggest night of the festival - Saturday. 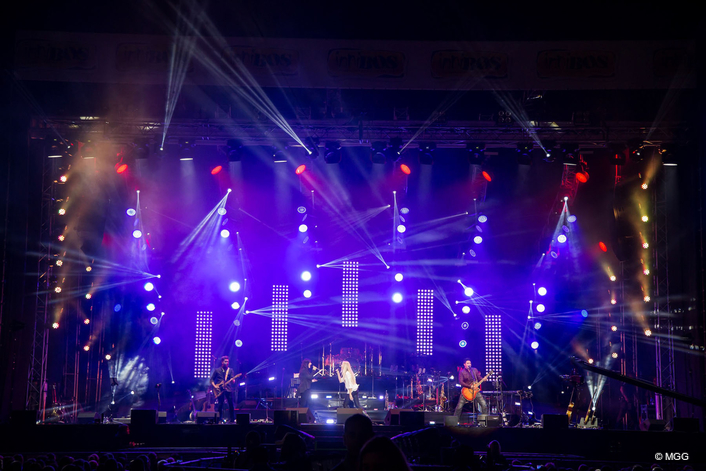 Central to the brief this year was that the organizers didn’t want a large central slab of LED upstage, instead... they wanted all the drama and impact of the performance to be reinforced by lighting! They also wanted a touch of vintage rock ‘n’ roll – like Queen and AC/DC back in the 1980s with their outrageously large rigs of PAR cans!

Using the latest technologies, it’s now possible to recreate this hugely memorable effect far more practically and without the weight and electricity consumption issues of the past! 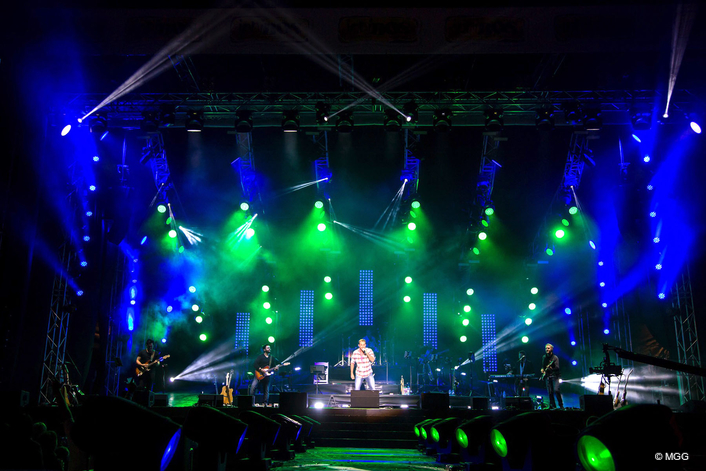 The 17 metre wide by 12 deep stage offered 12 metres of headroom from the ground to the grid, a substantial area that needed filling, and Johan decided on six upstage/downstage truss ‘fingers’  all raked at different angles – for maximum dynamics – to provide the primary lighting positions, plus  a front truss and three ‘totem’ (vertical) trusses down the sides.

Johan has used Robe in his work for some time and is a big fan. “I use Robe because the lightsources are very bright and they just work… and work … and work! You never have to take them off the rig for repair, and that is essential for a show like this which is fast moving with very little ‘tech’ time”.

His main challenge in lighting the event is not knowing what most of the bands appearing will play. The rig for this event is always designed around basic building blocks which he can layer on top of one another or juxtapose whilst thinking on his feet and feeling the music and flow of the show.

He does have some information on what is happening for the Saturday night concert, but there are still many elements of surprise ... and precious little technical or preparation time. 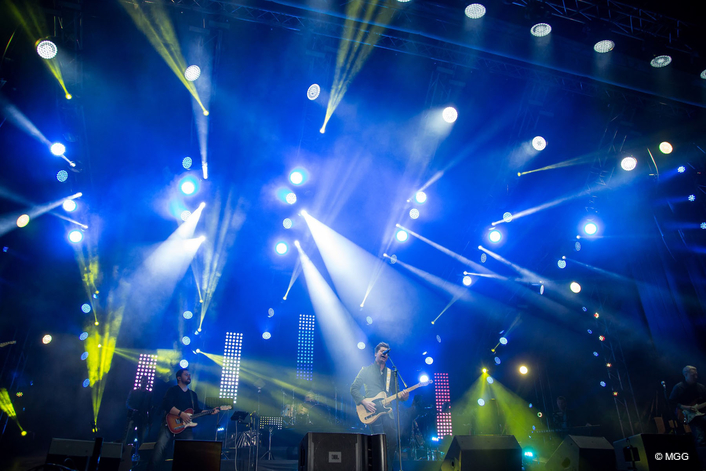 The fingers were each loaded with four Pointes – among his favourite Robe fixture - with 44 x LEDWash 600s dotted around for reinforcing the back and mid-stage washes. Another six LEDWash 1200s were added to the upstage sections of each finger, specifically for band washes.

The side totems were rigged with 48 x LEDBeam 100s, used for effects, accenting and punctuation. Another four LEDWash 1200s were rigged on the downstage four totems with two LEDWash 600s each on the back pair. Theatre is strong in Johan’s blood, so side lighting is one of his ‘fundamentals’.

He has a hybrid approach to the design uniting the styles and disciplines of theatre and rock ‘n’ roll lighting... The set also had a rock look to it, with lots of risers, walkways and a prominent thrust coming off into the audience at the front so performers could get close to the fans. 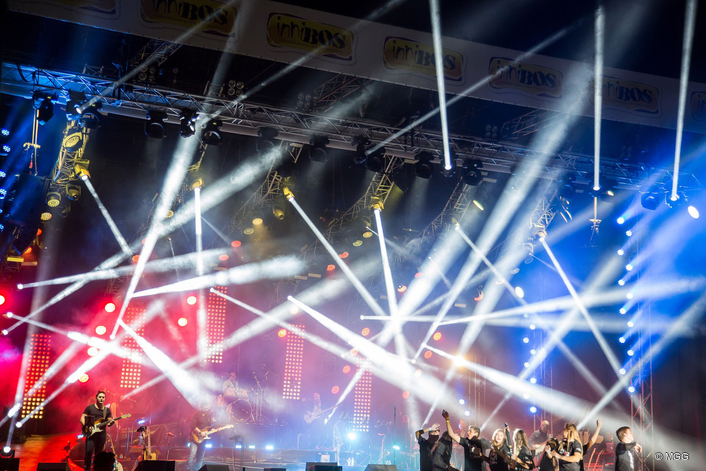 For control, he used a grandMA2 full size. It’s the first time that MGG has been involved in delivering the full technical production supply to the event, on which Johan commented “It has been fantastic”.