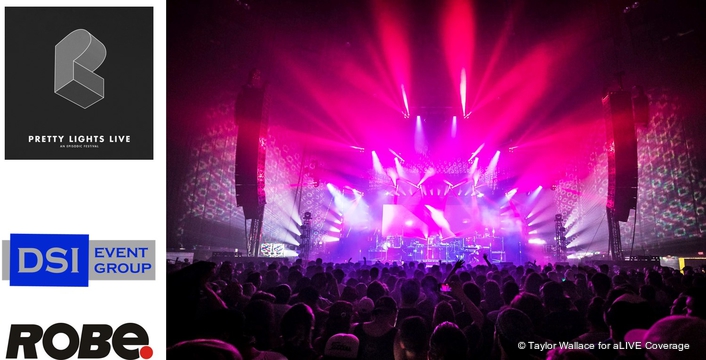 Ever since Atlanta-based lighting designer Greg Ellis discovered Robe’s BMFL moving lights which were launched in 2014, he has been recommending them to as many people as possible and continues to be “consistently impressed" with Robe’s subsequent product launches.

He just finished the latest leg of a Pretty Lights US tour where 36 x Spikies and 14 x BMFL Spots graced his lighting rig and helped create a stylish and invigorating show for rising star DJ and music producer Pretty Lights with whom he has worked for the last seven years.

The "Episodic Festival Tour" comprised five 2-day experiences staged over different weekends at interesting and cool locations around the U.S. - including Telluride in the Rocky Mountains, and Red Rocks Amphitheatre, both in Colorado, as well as Chicago, Nashville and New Hampshire. 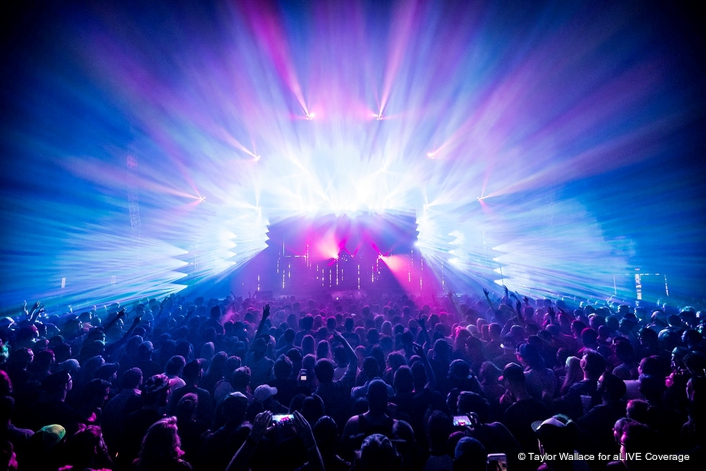 The rig didn't change but the idea was to embrace the different surroundings each time and Greg’s task was to give each one a special and significant ambience.

This involved a lot of improvisation and thinking on his feet … which is where the BMFL Spots and Spikies came in!

The Spikies were arranged in clusters of four - ACL style - 24 on six ground-supported towers upstage, with three more 4-way clusters on the video trusses, all effectively creating a giant box around the band! 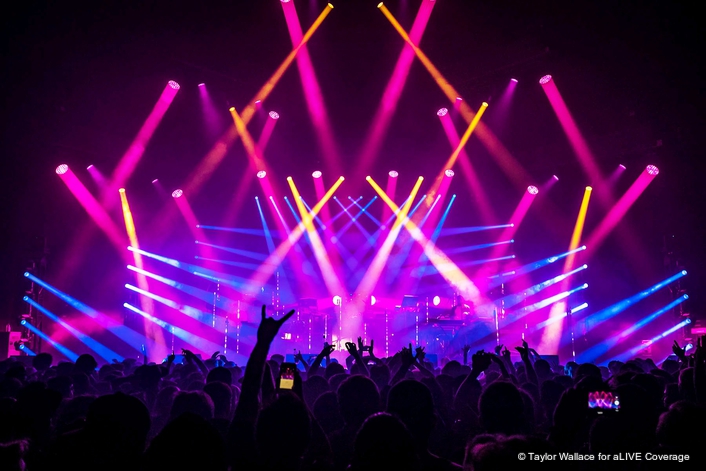 "I love the Spikie - it's soooooo incredibly versatile," emphasized Greg. A key approach to lighting the show was that every instrument should multi-task. Spikies fitted the bill perfectly being able to do beams, washes, aerial flower effects, illuminate the cyc and other things.

Pretty Lights fans are extremely in tune with the various visual effects at shows and after the first show in the run, an avalanche of message and chatter echoed across social media channels … asking, ‘What were the plaid lights?’ as one person described them, referring to the RGB diffraction.

Whilst that takes audience interaction to another level and it’s very flattering that everyone is taking so much notice of the lighting, additionally the band thought the Spikies were “the coolest thing ever,” declared Greg … so what more can you ask! 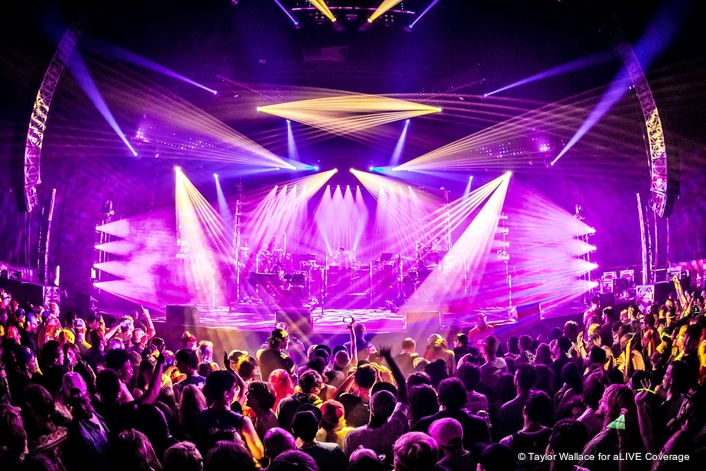 The BMFLs - also multi-functional - were positioned on the over stage trusses which were four small fingers, a middle and upstage truss and a header truss - with some BMFLs on the floor.

The design split most of the different types of lights up in their positioning to give a cleaner and more effective look.

Much of Pretty Lights’ music is rooted in hip hop and deviating from a more standard EDM format, it’s not just two hours of banging techno … There are plenty of up-tempo, soulful and introspective moments and some very spare and minimalistic aspects of the show … all of which make it dramatic and interesting and more theatrical to light and quite distinctive from a traditional dance show. There were lots of opportunities for subtle and smaller effects to make a big difference onstage.

Lighting was supplied by the DSI Event Group based in Denver, with whom Greg has a long working relationship.

Greg also designs and operates video – running via three separate media servers - for the shows plus lasers, so he’s multi-tasking as well and is constantly on his toes! 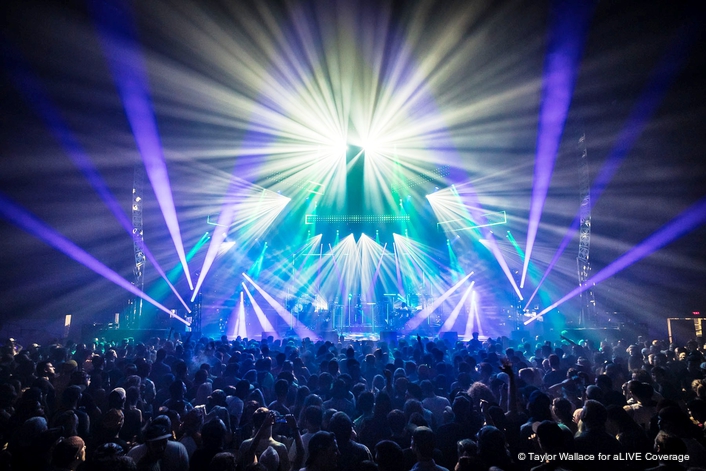 Upstage a 30 x 10ft video wall introduced a cinematic element, and all the flown trusses – 4 for lighting and 2 for media - were clad with video headers. This was made up from Roe Hybrid 15, a 15mm pitch product with a layer of integrated 150W LED light-sources that can also be fed with video, so lightscapes as well and ‘conventional’ video playback can be created utilizing the same video material.

Pretty Lights (Derek Vincent Smith) has a passion for filming and material from his vast library of touring footage over the last few years was edited into special clips for this show. Greg himself has been experimenting with filming lights and lighting effects in dark rooms … so for this run of shows they ditched any computer animations for this more organic visual material fully sourced from ‘real life’.

The results added a distinctive and more textural visual feel to the performance that worked harmoniously with Greg’s lighting and helped share the intense musicality of the experience with all present.