Armin Embraces Only Robe in Jerusalem

Three hundred Robe moving lights helped the one, the only … and the totally awesome Armin van Buuren rock Jerusalem with his amazing "Armin Only Embrace" show, a four-hour trance extravaganza that delighted 10,000 fans packing the Pais Arena to catch the banging vibes and spectacular visuals.

The lighting for the world tour was created by LD Marc Heinz and Andre Beekmans from design practice The Art of Light, and is being directed on the road by Michael Seeverens, who’s just celebrated his fifth year of working with the award-winning Dutch superstar, DJ and music producer.

The AO Embrace world tour sources production locally at each location, so the lighting spec is flexible to allow for a number of different fixtures to be utilized for the key profile, beam and wash lights. However Michael is always happy when he sees Robe's BMFLs and Pointes on the kit list. He’s used the brand for some time in his work and thinks both of these fixtures are among the best available on the market right now for this style of show.

In Jerusalem, his rig comprised all Robe moving lights, supplied by main lighting contractor, Tel Aviv-based Gil Teichman, with the hire division of Robe’s Israeli distributor Danor Theatre & Studio Systems contributing some of the BMFLs and Pointes as this was an incredibly busy time of the year for shows and events. 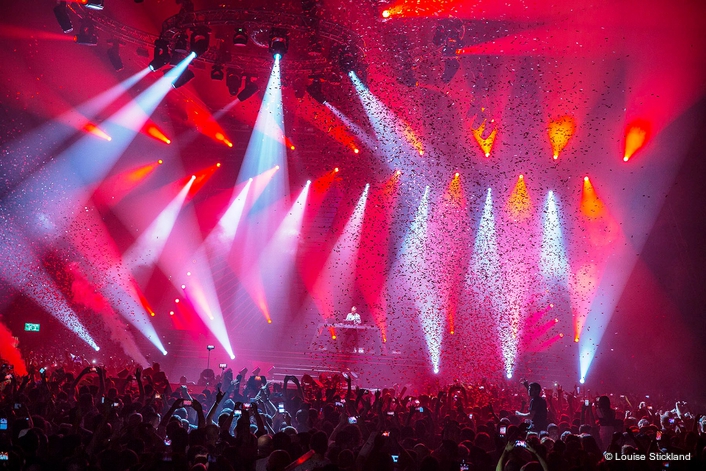 Five straight trusses were installed above the stage with two circular trusses above the B-stage and a spine truss running parallel above the catwalk that connected the two areas. This area between the two stages saw much of the action featuring an exciting line-up of special guests including singers Cimo Fränkel and Angel Taylor and jazz trumpeter Eric Vloeimans.

Sixty-two Robe BMFL Spots were deployed around the space, 60 on the various trusses and two reserved exclusively to provide key light on Armin.

Thirty-two BMFL Blades were used as the main general performer key lights, with 28 rigged across the trusses, overstage and above the catwalk and six downstage – in this case rigged on another truss above the FOH risers - for front lighting the B-stage and catwalk.

The beam lights in Jerusalem were 74 x Robe Pointes scattered all over the trusses and on the stage deck, where they added depth and were used for all the big, ballzy effects looks looks – perfect for those lightening quick mega-bold accents and stabs.

Sixty LEDBeam 100s were positioned 10 each on six slanted 'vertical' trusses which extended the width of the stage out into the arena. 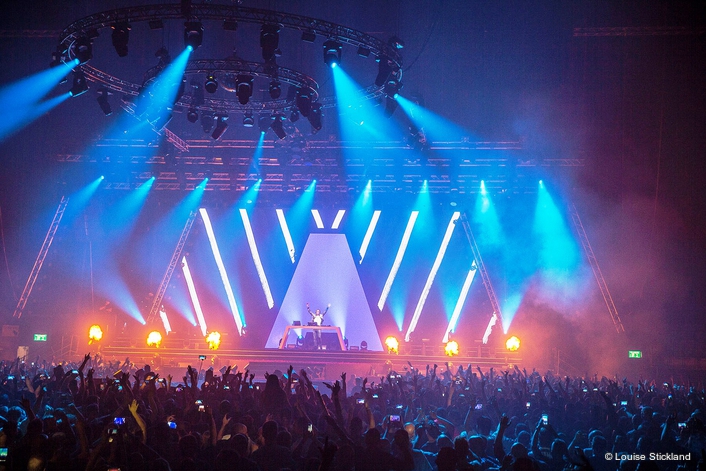 For wash light, both Robe’s LEDWash 1200s and 600s were used. The LEDWash 600s lined the runway on the floor, mirrored above by LEDWash 1200s, with more 1200s on the upstage truss just in front of the large LED screen at the back, bathing the stage in an exciting array of rich vibrant colours.

All these gave Michael the power looks he needed and the versatility to keep the drama fresh and flowing for Armin's four-hour incendiary performance which revealed highlight after highlight in a show that combined the raw energy and vitality of improvised performance with the structure of a musical and narrative journey. 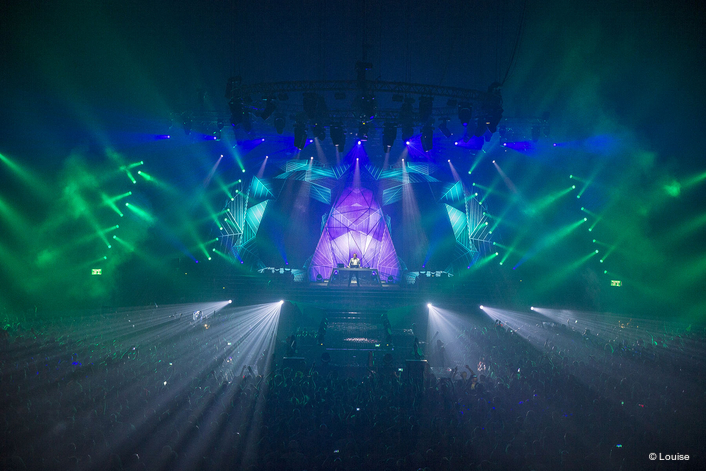 Other lights on the rig included 32 x strobes, 24 x LED battens on the slanted side trusses and 22 sets of 2 and 4-lite blinders dotted around.

A mirror ball in the middle of the smaller of the two circular trusses was used during a retro section, where Armin performed some of his early classics in the B stage for the ecstatic audience.

It's the first time they have played with their own production in Israel explained Michael, "It was a great experience working with the Robe kit and the Gil Teichman lighting crew in Jerusalem. They were really efficient, it all ran super-smoothly and I had everything I needed." 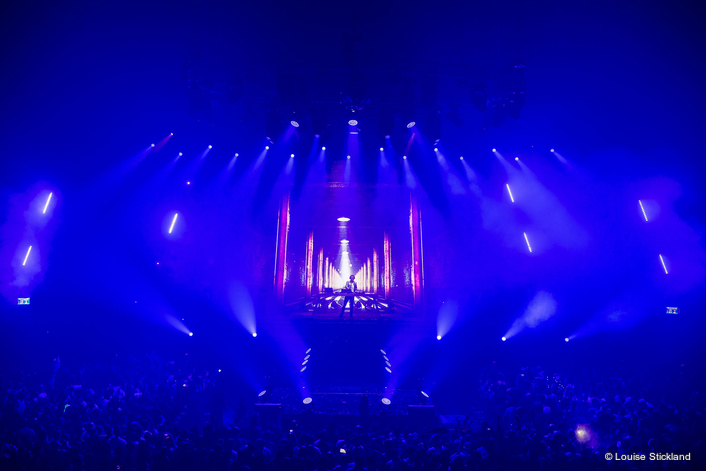 This was thanks to the fabulous lighting team of 12 from Gil Teichman, crew chiefed by Haim Miakinin. The stage and trusses were pre-rigged the day before Michael arrived, which was a day ahead of the show, and then all the lights were rigged the next day to be ready for an overnight programming season from 11 pm to 5 a.m. ... with the show that evening.

Michael worked closely with video operator Carlo Ruijgers, FOH engineer Wouter Asselman and show director Sander Reneman from the AO Embrace touring crew, AKA 'The Front-of-house Mafia' – who also ran music for the warm-up slot, playing some special deep techno remixes by Armin's from a selection of his early hits and favourites. 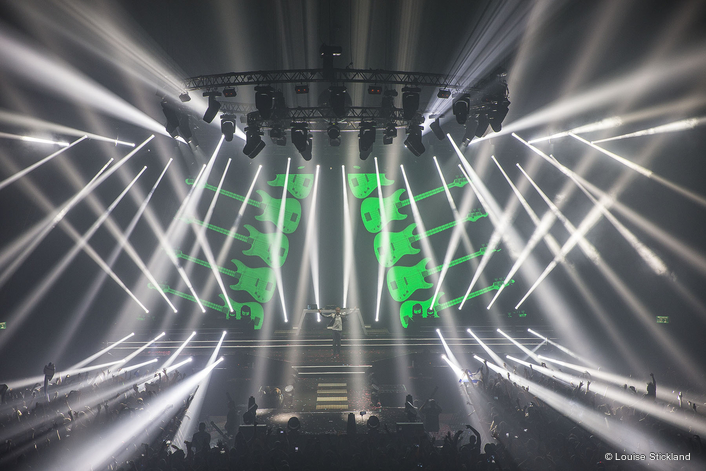 As soon as the show finished in Jerusalem, the AO production team went straight to the airport to catch the plane to Istanbul for Friday night’s gig, where The Art of Light’s Jordy van Straten had been pre-programming lights for Michael. After a quick handover there, Jordy caught his next plane to Minsk to do the same for Saturday’s gig, with Michael and the AO crew arriving on Saturday morning.

Jerusalem-Istanbul-Minsk is an ambitious back-to-back schedule for a large production like this, but it’s a typical weekend for the Armin Only phenomenon, which continues around the globe into 2017.