Painting with Light Works Smart for Zoo of Life Production 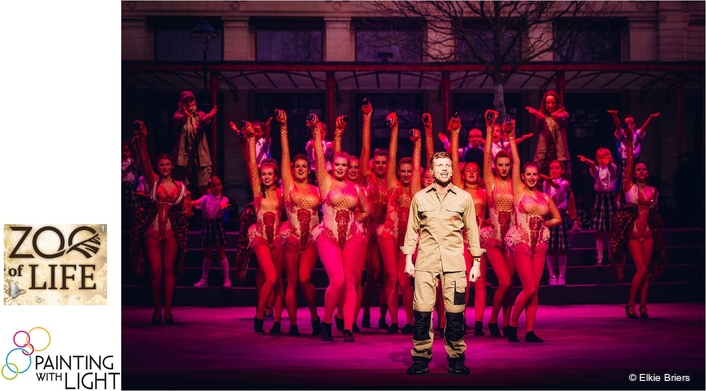 Painting with Light has produced a vibrant, inventive visual solution for “Zoo of Life” a production directed by Luc Stevens to celebrate 175 years of Antwerp Zoo, being staged at the new Queen Elizabeth Hall venue in Antwerp, Belgium.

The team from the Genk based creative practice was led by Luc Peumans. Painting with Light’s project manager, Wouter Verhulst commented, “Normally you might have two weeks to build a production on this scale and ambition, but we had just three days and nights!”

With this time restriction in mind, the set is composed largely of digital scenic elements and was designed in conjunction with Carla Janssen Hofelt.

The Painting with Light brief also included editing special video material shot by Mathieu Marck of Arendsoog (Eagle Eye) from around the Zoo, and combining this with new graphical content produced by Painting with Light’s Sina Sohn, Jos Claesen and Arthur Claesen. This was all compiled and programmed onto a disguise server. 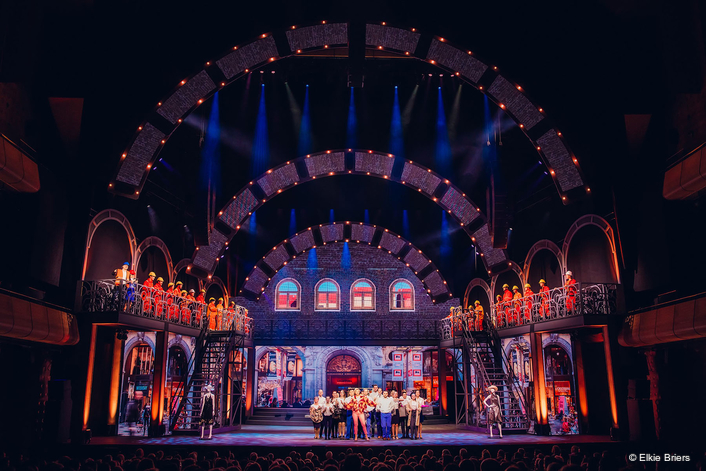 Luc Peumans designed the lighting and the company also provided lighting and video control for the show, an appealing contemporary tale about the Zoo and the love and loyalty that exists between animals and humans, complete with a volunteer cast of around 600 who joined professional actors onstage. 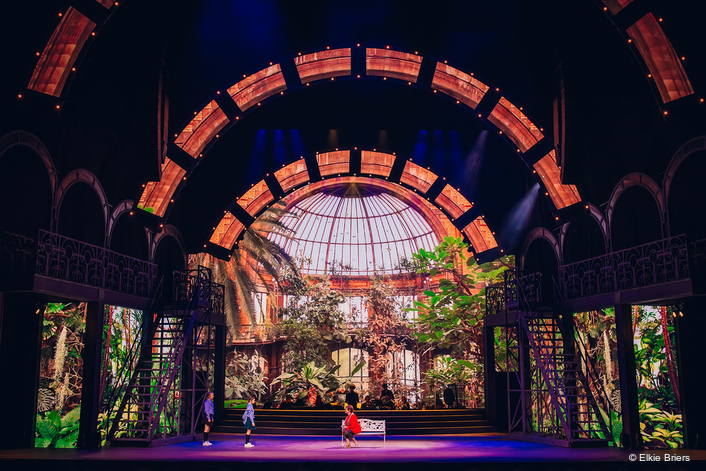 Due to the exceptionally tight get in and technical schedule – in on the Friday with the  premiere on the Monday - Painting with Light harnessed the power of the disguise 4x4 server’s 3D and VR visualisation facilities.

These have been developed especially for pre-production scenarios using the ‘designer’ dongle.
This enabled Luc Stevens to view life-like VR visualisations representing the complete digital scenery set-ups for the entire performance in the run up to getting on site.

The production is ambitious in this and many other ways.
With up to 120 people onstage at times, the stage floor needed to be kept as clear as possible of physical elements. The complexity of the narrative galvanised everyone and demanded the high impact video design, which allows the action to flip between multiple locations and scenes. 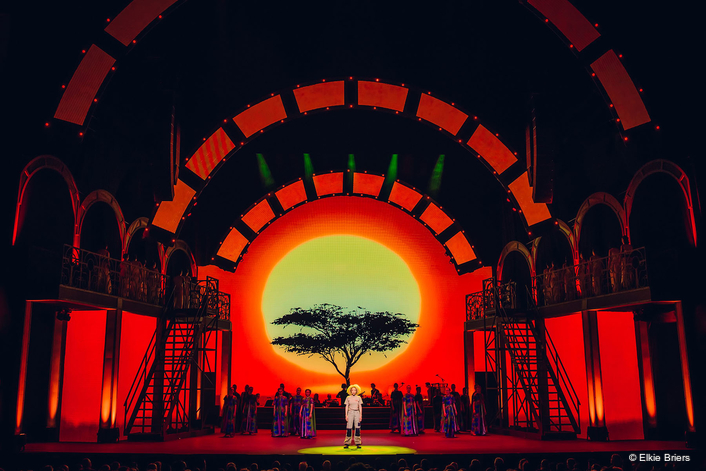 The production is ambitious in this and many other ways.
With up to 120 people onstage at times, the stage floor needed to be kept as clear as possible of physical elements. The complexity of the narrative galvanised everyone and demanded the high impact video design, which allows the action to flip between multiple locations and scenes.

Using the disguise visualisation tools in this way also meant that video content could be tweaked and edited in Painting with Light’s studio to Luc Stevens’ exact requirements as he worked through the action.
With so little time on site for lighting and video programming, it would have been impossible to do it any other way to the same level.

The digital scenery features a large 8 mm LED screen upstage, two long side screens 4 metres high and running the depth of the stage, two sets of LED-clad stairs and a quantity of video panels fitted to three structural arches above the stage of the theatre’s main auditorium.
A Pepper’s Ghost effect was set up for one scene, utilising a 30K Panasonic laser projector shooting onto a special scrim, to create ephemeral holographic images of a Gorilla and an Okapi. 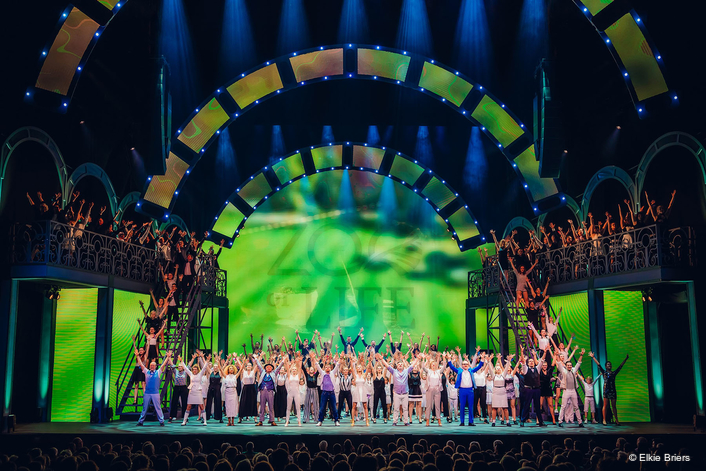 In addition to the huge flexibility that the video set brings to the production, an appropriate traditional scenic approach simply could not have been built in the allotted time slot!
Mathieu Marck’s footage also captured some well-known Antwerp landmarks from in and around the thriving port city and commercial hub. All the video content was programmed onto the disguise by Painting with Light’s Katleen Selleslagh.

Every fixture has to work extremely hard and accomplish multiple tasks, making an expediently sized system go a long way. The luminaires were therefore chosen for their versatility, and Luc (Peumans) applied his magic to the process, bringing more dynamics and drama to the stage.

Lighting required balancing carefully with the video, a tricky goal where Luc’s considerable experience of working with digital scenery has been invaluable.
There are also hundreds of decor LEDs ensconced in the arches over the stage which are controlled via the lighting console. They accentuate the shape and architectural features of the venue and work particularly brilliantly in some scenes like Antwerp railway station.

Also integral to the technical and creative success of the production were Painting with Light’s production manager Jeroen Vinck and Zoo of Life’s stage manager Koen Beliën.

Luc Peumans comments, “We are all really proud to be part of this production. It’s hugely exciting working in this fantastic new space, and to be involved with such a popular and iconic local landmark as the Zoo. There’s been lots of camaraderie, and in spite of the many challenges, everyone from all the departments has  been united and determined to produce something really special and memorable”.
The show’s lighting equipment is being supplied by leading Belgian rental company Phlippo Productions and the video by Pixelscreen.

Painting With Light
Zoo of Life