Painting with Light for Dreamgirls Tour 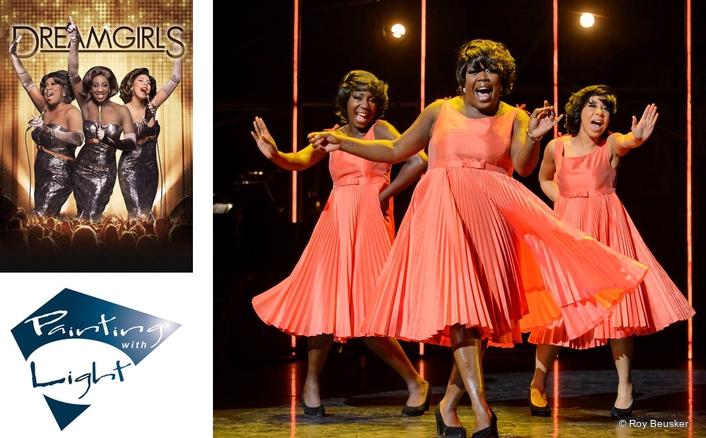 More dreams are coming true in the fabulous world of Painting with Light as Luc Peumans has created another memorable lighting design for the current Albert Verlinde Entertainment production of “Dreamgirls” – a lively, action-packed musical story full of Motown rhythms and legends based on the rise and phenomenal success of The Supremes during the 1960s and 1970s.

Luc – who has a vast experience of lighting high profile musicals and has worked with the producers on previous shows - has developed his own distinctive style for lighting this genre of musical theatre.

The challenge for Dreamgirls, which is touring The Netherlands, is that the main setting is backstage at a theatre. All the locations flip between this, various onstage performance scenes and other connected places as the story unfolds, however the set - designed by Eric Van Der Palen - does not essentially change. 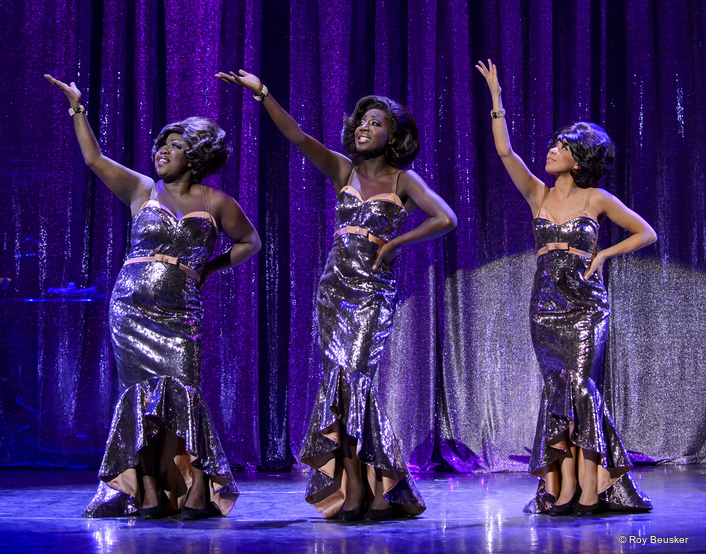 The lighting plays a major role shifting the ambience and the scenes back and forth from a crumbling, slightly dilapidated venue to the glitz and glamour of performance and stardom!

"This was certainly not as easy a task as you might think!" explains Peumans. "It was a big challenge that took time and energy to find the tricks that work. We had to constantly make it very clear what is happening and where right the way through the performance".

The house LX bars are used at each venue, so the lighting positions are based on five generic over-stage bars together with the portal bars at the sides right at the front of the auditoriums and the rigging positions at FOH.

It is a completely Martin moving light rig being supplied by Netherlands based Focus, the rental division of Rent All from Bemel.

The next bars are rigged with a mix of MAC Viper Profiles, MAC 700 Washes and MAC 2K Performances.

The total fixture counts are 11 x Viper Profiles, 19 x MAC 700 Washes, 7 x MAC 2K Performances, plus eight MAC 250 Beams on the floor and scattered around the set, which are fired up when they go into 'show' mode. 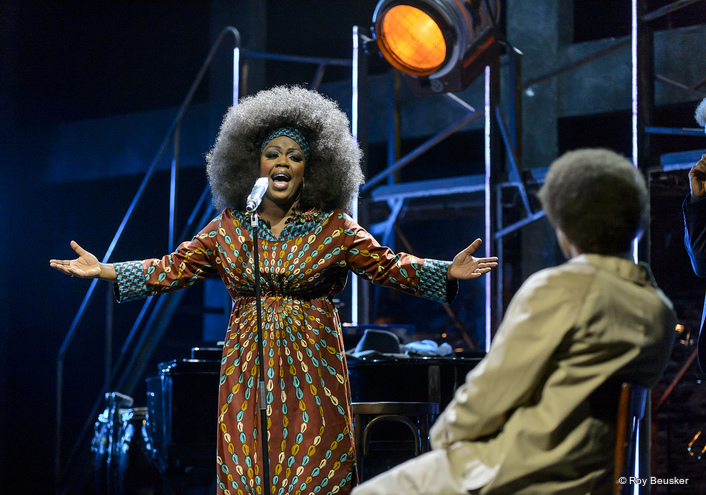 Also ensconced into the set are two classic style Pantographs, refurbished for the tour and used as a scenic element, each rigged with 5K Mole Beams used to help recreate the retro TV Studio look … which they do extremely well.

Downstage on the floor are six footlights made up of 1 cell PAR 36 DWEs which are also visible as part of the set.

Most of the moving lights are well concealed from view – as the technology did not exist in that period but more of the conventionals are set features as well as functional lights. There are also a number of additional inbuilt set practicals including the scenic scaff towers at the sides which are enhanced with vertical RGB LED strips.

"These LEDs all emphasize the style of vintage neon lighting that was so characteristic of signage and theatres in the 1960s and 70s," elucidates Peumans. 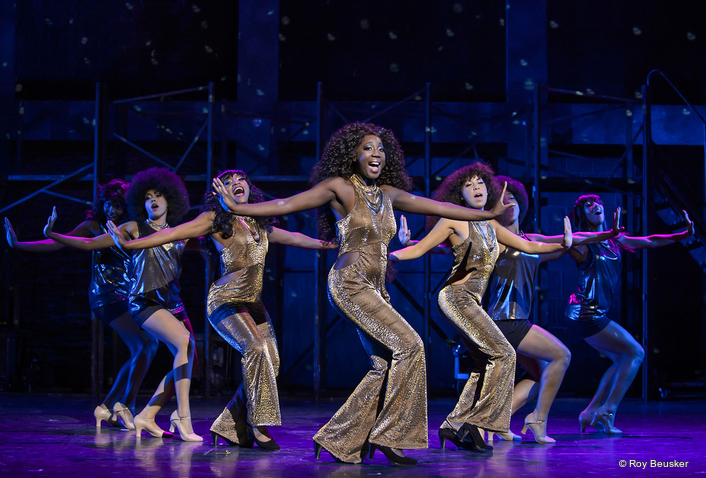 The brick set wall at the back has its own complete grid of concrete beams and integrated into these are another 18 x PAR 36 DWE blinders.

As well as the toured lighting units, Dreamgirls utilizes whatever 'house' lighting fixtures are available at FOH in each venue, which is typically a selection of Profiles, PC Spots and fresnels - most theatres in the Netherlands are well equipped. 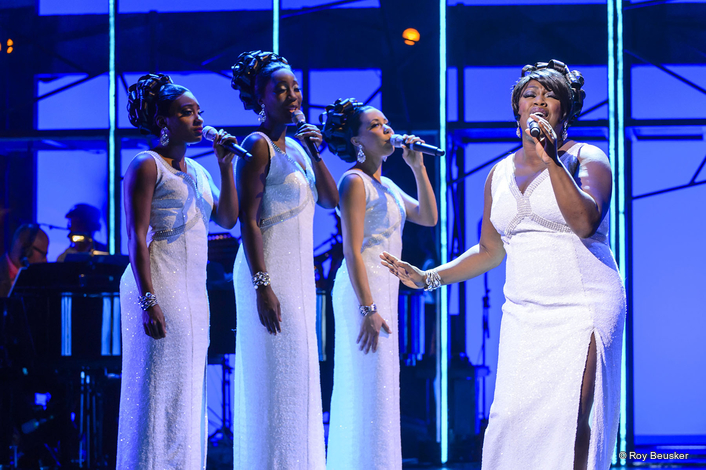 Lighting was programmed during rehearsals in the Zaantheatre, Zaandam on a grandMA2 console by PWL’s Paco Mispelters, and is being operated on the road by Ruud Kuipers and Nik Tenten.

The show is proving hugely popular with the public and the run has already extended until Feb 2015.