Out of this World Show for K3

Popular Belgian / Dutch girlband K3 are on the road again for an extensive live schedule through 2017 reaching out to their young and enthusiastic fanbase … with a completely new lighting and video design originated by Luc Peumans of Genk-based creative practice, Painting with Light.

This is the first full tour with the ‘new’ K3, since a TV competition staged last year found three new faces to take over from the previous band members, two of whom had been part of the foundation of the K3 phenomenon in 1998! This was followed by a transition tour featuring all six K3 girls performing both together and in their two separate line-ups.

Painting with Light has worked with K3 – known for their colourful, high-octane power-pop stage shows – for the last 15 years. The band is managed by Studio 100 and the staging concept for this tour was developed by Stefaan Haudenhuyse, with Painting with Light being asked to create the touring production design.

As with all K3 live shows, there is a story which plays out on screen in the video content as well as with the action onstage. 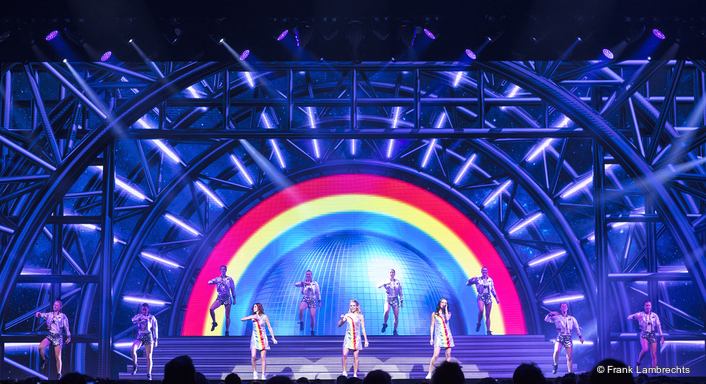 Referring to K3’s ‘classic’ rainbow branding, the 2017 story starts with the theft of these magical colours from the show by unknown extra-terrestrial beings … entailing the girls having to travel through space, visit three different planets, engage in some alien interaction, make friends and seek enemies out to try and find the perpetrators  … and the colours!

After this … they have to safely return them to their own world!

These narrative building blocks brought a touch of hallucinogenic sci-fi fantasy to the table which “was a great starting point for us” explained Luc.

“We seized the chance of making the opening section a harsher and starker monochrome environment, with some clearly defined lighting treatments as well as contrasts in style. The same ambience provided a strong basis for commissioning the video content to meet Stefaan’s scenographic vision”.

Setting the show in ‘other worlds’ gave the whole creative team plenty of latitude to make it fun and cool for K3’s young audience. The idea also underlined the great-value-pop-exceptionally-well-done theme inherent to K3.

For the show flow, it was essential that lighting and video were integrated, and being involved in both mediums from the start enabled Painting with Light to control the process with great effect. 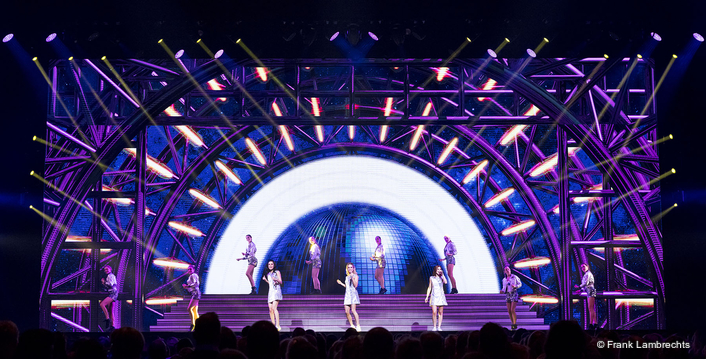 Painting with Light worked with Jos Claesen to create the video content. They collaborated on the last K3 tour as well as on recent shows for illusionist Hans Klok, musical spectacular Beauty & the Beast and a number of other projects. Jos created all the 3D worlds for this show, taking Stefaan’s visuals as a starting point.

The LED video screens are vital to create the different planets and experiences, starting with a large - 16 metre wide by 7 metre high - 6 mm surface upstage that opens in the middle for the entrance / exit of K3’s space ship. This is supported by an impressive 20 metre wide, 9 metre high show portal, positioned four metres downstage and  made up from the same LED surfaces.

This dual layer of video increases the perception of depth, together with a set of wide show-stairs fronted with 10mm Barco O-lite LED, custom built by PRG Belgium, which connect the upper and lower sections of the stage.

Having this much LED enabled Luc and the team to apply some complex visual layers. Some parts of the opening scene resemble a 3D model of the show, complete with virtual (digital) trusses and lighting effects which are scaled and fitted precisely to match the real stage dimensions. 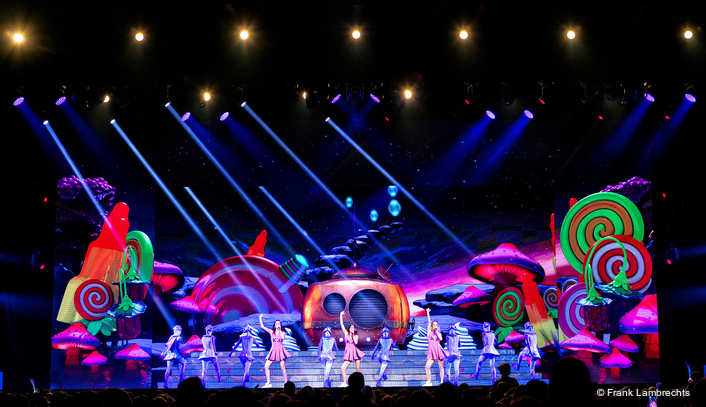 At a glance, it’s near impossible to tell that these digital production elements are an optical illusion! Each layer of the digital trussing and metalwork can be coloured and treated just as if it is actually there in the venue and part of the rig … and this idea was followed through for the rest of the show content.

The three different planets all have their own characteristics, with digital scenery providing a highly graphic way of visualising them onstage. Components like signs are integrated into the footage which can be tweaked via the three Christie Pandora’s Box media servers.

Luc highlights the importance of the lighting fixtures and their placement in relation to the LED surfaces as one of the main challenges.

It was the first opportunity for Painting with Light to utilise the new PRG Icon Edge hybrid moving light fixture -  a spot, beam and wash unit in one housing … and consequently highly versatile. Fewer lights go a lot further and just 36 fixtures offered a wide enough range of options as the rig workhorses.

These are augmented with 36 x Claypaky A.leda K20s fitted with B-Eye lenses running in wide mode for full pixel control, and their excellent moonflower effects are perfect for some of the more spacey moments. 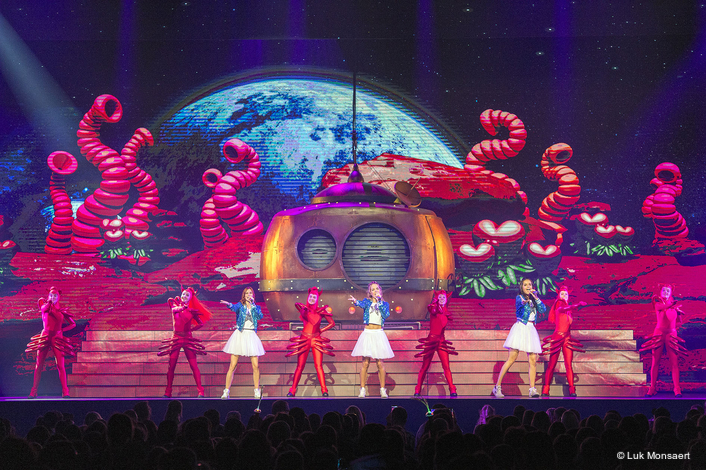 Sixteen Martin MAC Vipers Profiles on the front truss take care of all the key lighting for K3 and their dancers, and 24 x Chauvet STRIKE 1 LED blinders on the front truss blast boldly out into the audience in combination with strobes. Luc really appreciates the authentic looking STRIKE 1 amber shift which brings a vintage ‘blinder’ vibe.

Completing the lighting picture are 16 x GLP Impression X4 LED washes for side lighting and, naturally, three follow spots – Robert Juliat Victors – for the three girls. A major task for lighting is to ensure the girls ‘pop out’ amidst a frenetic mix of highly animated backgrounds and lots of action, info and detail. 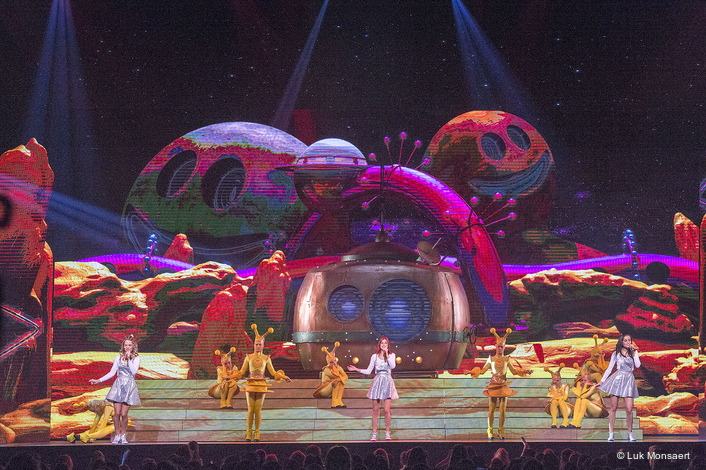