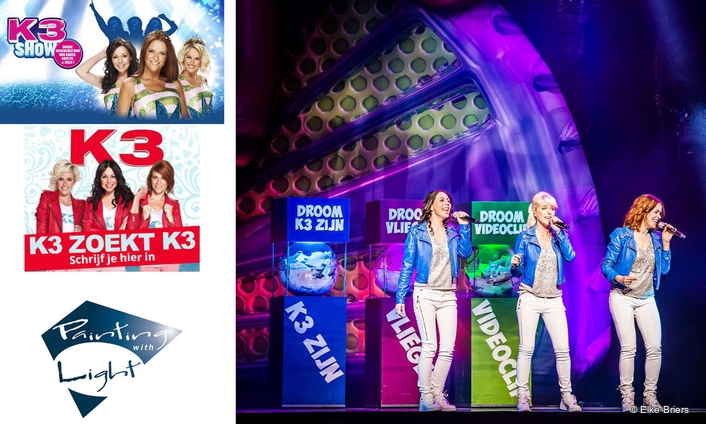 .
The most recent tour by Belgian girlband K3 featured a lighting and video design by Painting With Light’s Luc Peumans which was based on the bold, bright, poppy and positive vibe that has characterised the band’s remarkable 16 year career. This has helped make them consistently popular and famous throughout the reign of what is arguably the longest lasting girlband to date!

When it was announced K3 was splitting up a few days after the end of the tour, it left the nation’s pre-adolescents in shock and disbelief and stunned a whole generation of youth raised on the strains of “Heyah Mama” and numerous other bouncy hits!

K3’s impressive longevity – achieved without airplay on MTV and other standard music channels – was led by proactive direct marketing through youth and children’s TV channels. 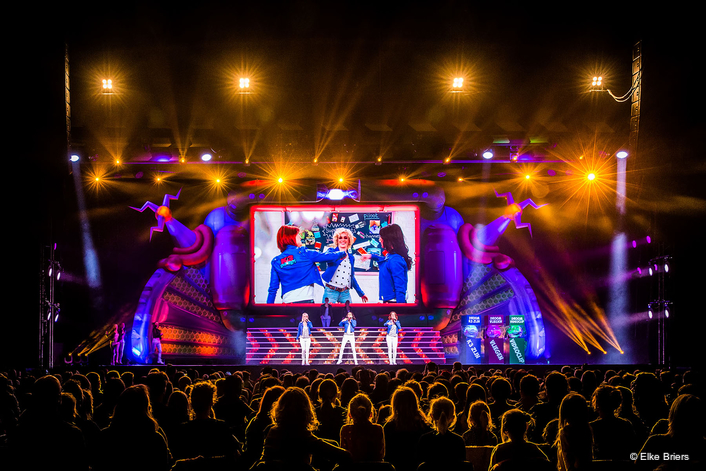 Luc has been involved with K3’s live performance visuals for 12 years. His team from Painting With Light on this tour included Programmer and Lighting Operator on the road Paco Mispelters and Media Server Programmer and Operator Katleen Selleslagh, and the design’s starting point came from the band’s hit TV show “K3 Can Do It” which is based on helping children achieve their dreams.

The idea was to align the live show with the whole current K3 brand concept.

The striking inflatable set, designed by Stefaan Haudenhuyse was a giant ‘wish machine’, and when entering the venue, young K3 fans could opt to win one of three dreams which involved getting onstage with the band during the show. 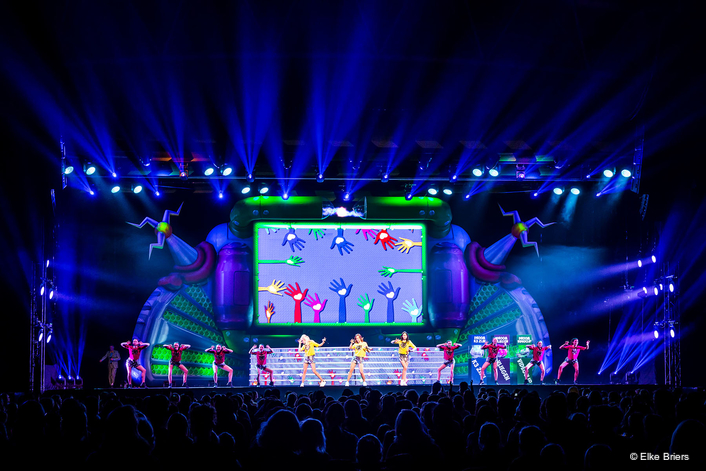 There was also a show narrative running which featured K3 playing a video style game on the machine against another person or persons.

A 7 metre wide by 4.3 metre high upstage LED screen was a central element of the dream machine, constructed from 10 mm pitch LED panels supplied by Pixel Screen. There was also a smaller header strip of the same LED attached to a higher part of the set.

Further downstage was a large set of stairs, with each tread clad in P220 product, also from Pixel Screen, a 20 mm pitch LED surface 64cm wide by 16 high. These steps split open in the centre and tracked sideways to provide entrance / exits.

Two 10 mm side IMAG screens – approximately 5 metres wide by 3 metres high - were integrated into the video design, which was evolved in conjunction with the lighting so both disciplines combined to produce a nice visual coherence. 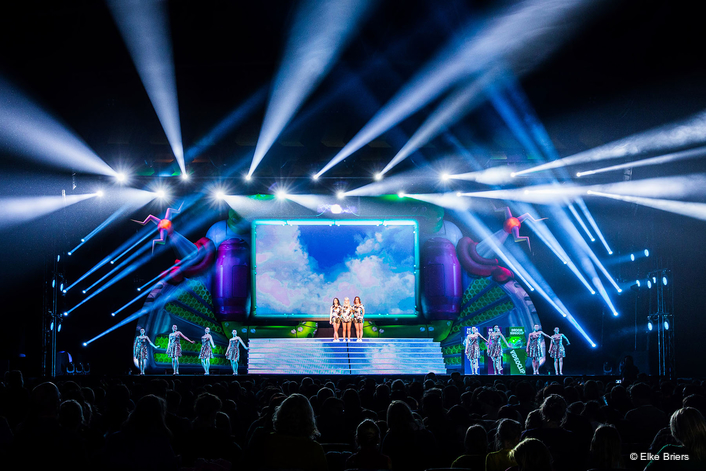 Painting With Light’s Michael Alfar created the show’s vibrant selection of video content, which featured in every song and was programmed onto one of their Pandora’s Box media servers.

The 4-camera camera IMAG mix was directed by Gerd van Geel and his TX feed sent to the Pandora’s Box, from where it was output to the relevant screens by Katleen along with the pre-recorded footage.

The lighting rig was positioned on three overhead trusses – part a ‘mother-grid’ in the roof and on three ladder trussing side booms. However in the venues without sufficient flying facilities, the whole rig was also designed to work in a ground supported scenario.

The primary moving lights were 41 x Robe Pointes, dotted all over the top and side trusses and on the deck, chosen for their flexibility and wide range of options.

Sixteen Clay Paky A.leda K20 wash lights fitted with B-Eye lenses were rigged on the back trusses and used for general washes and dynamic effects which helped bring the machine to life … flickering and twinkling away.

For additional side wash lighting, 16 x Robe LEDWash 800s were positioned eight per side on the ladders and used for neat, tidy lighting of the forestage area, with 13 x Vari*Lite VL3500 Spots utilised for front key lighting. 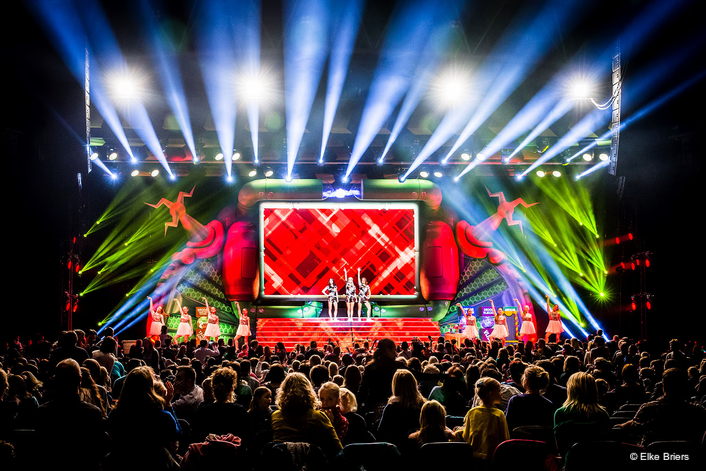 Audience illumination – crucial with the amount of interaction throughout the set between the band and their young audience – included 9 x linear 4-lite Mole DWEs, and each of the three K3 girls had a Robert Juliat Victor followspot.

It was a busy show for lighting cues, which were all programmed onto a grandMA2 light console by Paco.

Despite dropping the emotional bombshell of the split a few days after the end of the tour, K3 have announced that they will replace themselves with a fresh new K3 later this year – which will be selected via a new TV competition.

As soon as the ‘new K3’ is recruited, the old K3 will complete one last tour – with the new K3, who will then take over the mantle ... and it is hoped, continue the success.

Luc comments, “It was a great show with a lot of lively communication between K3 and their very enthusiastic audience. It’s always a challenge to create the right atmosphere for each scene and make it a wonderful experience for both the kids and their parents!”