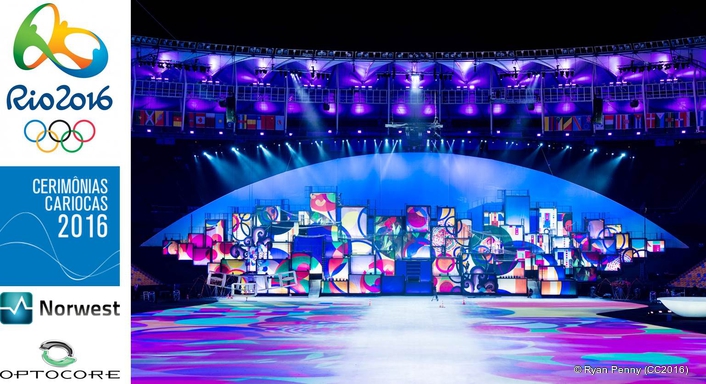 The Australian-based large event specialists were contracted to Cerimônias Cariocas 2016 (CC2016) to design and supply the audio system, and provide the necessary technical staff to deliver a complete turnkey audio solution for both the Olympic and Paralympic Opening and Closing Ceremonies at the 79,000-capacity Maracanã Stadium. The company had already taken the decision almost a year earlier to partner with Campinas-based Loudness Sonorização, prior to tender.

Noted Norwest project coordinator and designer Andy Marsh, “As system designer we tried to keep the design as straightforward as possible, however the venue posed a few challenges, in particular the unfriendly cable paths.”

For the main audio transport Norwest provided an Optocore redundant ring network of decentralized devices in the form of a 24-node, 2Gb system, with the audio LAN using the second fiber pair in a 24-node 1Gb system. “We used all 24 nodes possible, and also handled delivery of feeds to the broadcaster.” 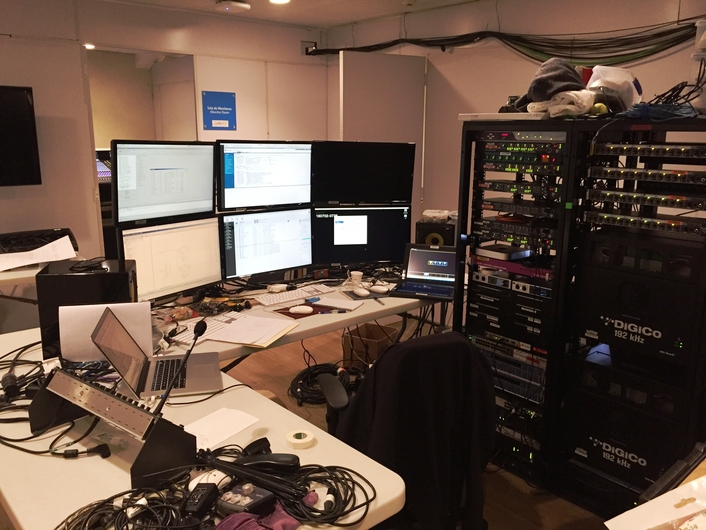 The Optocore set-up was designed in such a way that six nodes were stationed on the field of play, two of which handled the I/O from the different stages; the signals were converted to AES digital at every individual node, with Dolby Lake processors feeding the amplifiers.

Many of the signal runs approached distances of 350 metres — the maximum for a 2Gb network using multimode fiber. And this is where Optocore’s new R-series interfaces came into their own.

Norwest maintains a substantial investment in Optocore equipment and upgraded to the new super-efficient R series devices, with 2Gb capability, as soon as they became available. R series devices offer increased features and energy efficiency, reduced carbon footprint and a substantial decrease in cost and power consumption — as well as 100% more bandwidth over their predecessors. The devices provide for 1024 input channels per ring plus unlimited number of output channels — necessary for events on this scale.

“Norwest already owned enough R-series devices to run the entire network — with ample spares,” confirmed Andy Marsh. “We even did another couple of point to point networks using spare devices we had there!” 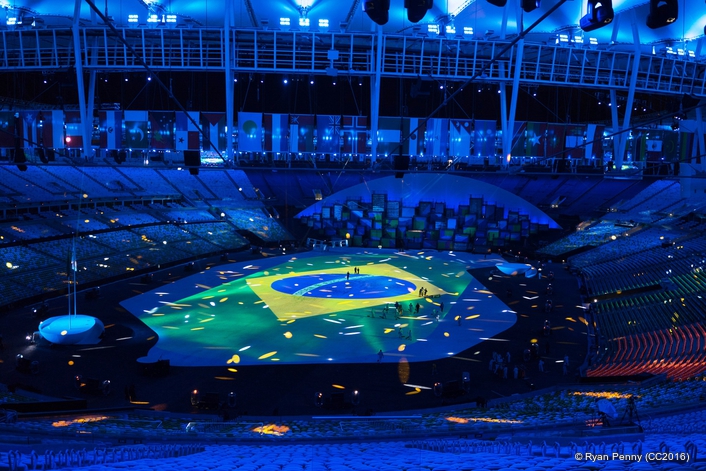 As for the main Opening Ceremony itself, despite having a significantly lower budget than those of other recent Olympics, the event was praised by the international media for its vivid, diverse performances, emphasis on multiculturalism and its appeal to the issue of climate change.

Directed by Fernando Meirelles, Daniela Thomas and Andrucha Waddington, the ceremony included presentations of Brazil’s history and culture in a carnival like atmosphere, including its landscape and forests, the history of the Portuguese people, music and samba — and the favelas, among other aspects.

To ensure rock solid delivery of the event, Norwest’s fully redundant system contained secondary consoles connected to an analogue backup system with Dolby Lake processors switching the system outputs. Signals were transmitted to up to 380 various L-Acoustics FOH loudspeakers for the main Opening Ceremony, powered by up to 164 amplifiers, for the FOH system alone. 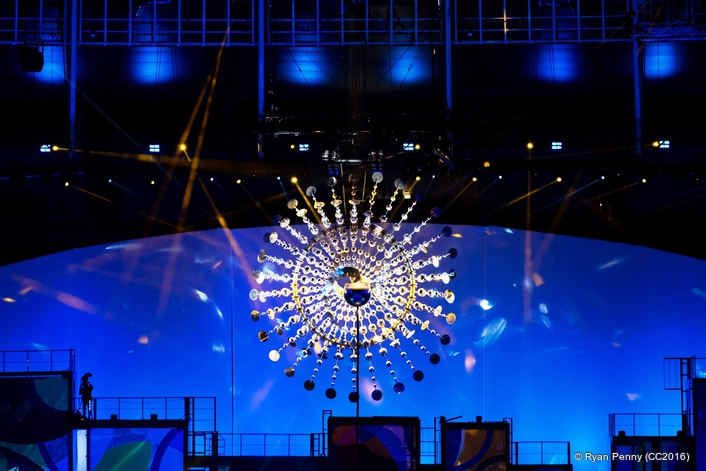 Andy Marsh knows that Optocore is unique in being able to deliver an event of this nature, and it continues to be their go-to solution. “We absolutely love it,” he said. “It offers reliability, redundancy and extremely high quality signal transportation.”