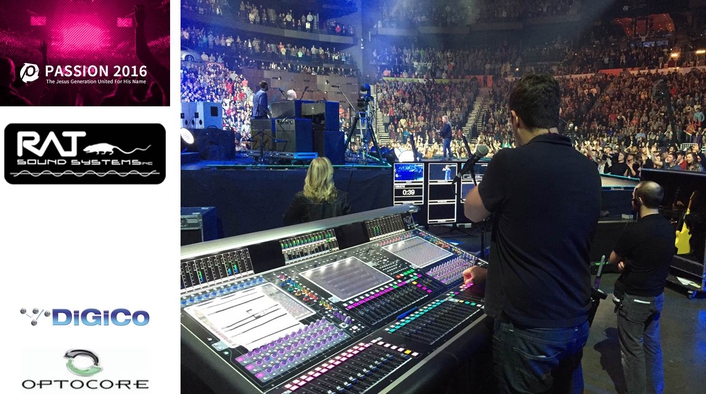 Since their beginnings in 1997, The Passion Conferences have served to bring college students together for worship with a line up of concerts and speakers. In the ten years since the organisation was founded events and tours have been held around the US and the entire world. This year the conference was held simultaneously at three venues in two different cities all linked together to share content by an Optocore digital fibre network. The three-day conference saw attendance at more then 40,000 people with six bands and six guest speakers to entertain the crowds in all three cities.

Rat Sound Systems from Camarillo, CA is a leader in providing state of the art sound reinforcement systems for major productions around the world. They were hired to provide the staging for all three venues. Each venue had an identical system: three DiGiCo SD7’s with four SD Racks and a Mini Rack, connected together using the Optocore fibre optic network. Every production has its unique requirements and challenges; with this event the Ministry, 268 Generation, needed to share content between all three venues in real time. 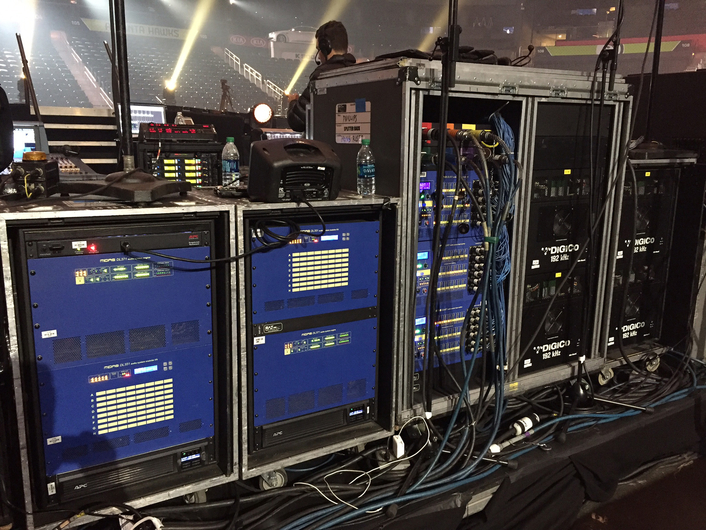 The Infinite Energy Center and Phillips Arena are both in Atlanta and only 26 miles apart but the Toyota Center in Houston is over 800 miles away, making most types of connections impractical to handle distance, latency or signal degradation.  To accomplish this Matt Manix from Method Production Group designed the massive audio system which would be the same at each arena, and chose to utilise a fibre interconnect to transport audio and video between all three locations. An Optocore DD4MR-FX in each arena was used to feed 16 channels of MADI to the fibre uplink and to receive 32 channels, 16 from each venue. An additional 32 channels were available at the DD4MR-FX from a backup satellite connection (which was not actually needed during the three days of the show).

Manix comments, “With the speed and reliability of the fibre interconnect we were able to have three bands playing at the same time, live streamed to the other arenas. The main band was at the Phillips Arena which was the network hub, while live vocals happened at the other two arenas. There was 50ms of latency between Atlanta and Houston because of the distance but we were able to compensate for that and it worked perfectly. The transmission was crystal clear.”

On top of planning corporate productions, Matt tours as a monitor engineer using a DiGiCo SD7. Matt went on to comment, “I’ve been using DiGiCo for about two years and love how easy it is to work with. Being able to seamlessly integrate any Optocore unit with an SD engine makes everything so much easier and simplifies routing and cabling.” 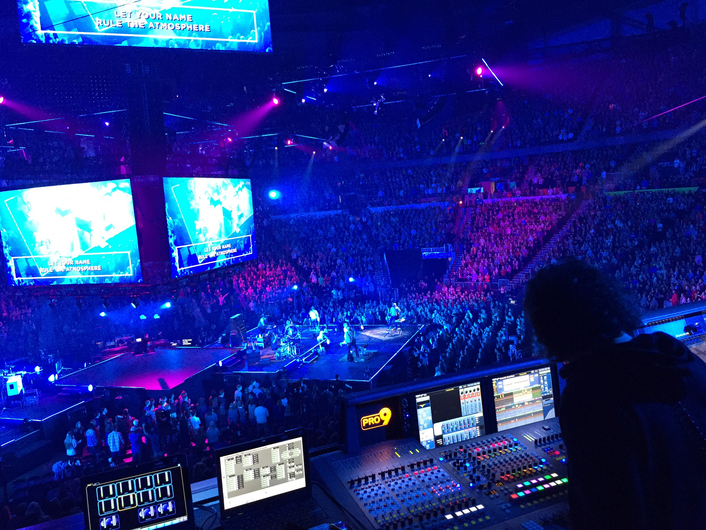 All R-series Optocore unit can be interfaced with DiGiCo SD consoles and racks for Analog, AES or MADI transport with direct control via the console, just as if the Optocore units were SD Racks. Optocore/DiGiCo integration allows for all the same features as a normal SD network: 504 audio inputs, unlimited outputs, 48 or 96 kHz sampling rates and up to 120 km between nodes on single-mode fibre.

The content shared between venues was a major part of the Conference so there could be no signal loss in the fibre connection. Optocore’s three layers of redundancy ensure that content is always delivered because every Optocore piece has redundant power supplies, redundant network ports and redundant word clock generators. Jon Monson, Tour System Supervisor for Rat Sound, added “We had a backup DD4MR-FX at each venue just in case, but we never needed them. There was never even so much as a hiccup. The Optocore units did exactly what we needed them to do and it was simple to integrate them into the network.”

This is the latest in an ever growing number of both live productions and worship services that are integrating both Optocore and DiGiCo together onto one network signal transport. Advanced multi-signal, multi-location networks have challenging and complicated requirements, but this unique partnership allows for AES, MADI and analog expansion of DiGiCo systems and for DiGiCo consoles to effortlessly connect to already established Optocore networks.