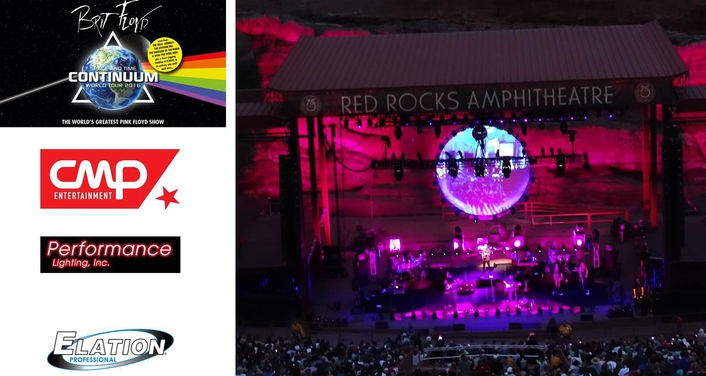 Following a successful world tour in 2015, the world’s greatest Pink Floyd tribute band, Brit Floyd, is on the road again, touring North America and Europe beneath an updated rig that includes Elation’s hybrid Platinum FLX™ among other Elation fixtures. The 2016 “Space and Time Continuum” tour recreates legendary Pink Floyd music in an even bigger stage production than past Brit Floyd shows.

Lighting design for “Space and Time Continuum” is a collaborative effort between Jake Whittingham and Dave Hill with Whittingham on tour with the production as lighting director and board op. In addition to 35 Elation Platinum Beam 5R™ units that the band had in the rig for the 2015 outings, a new Elation kit of 17 Platinum FLX™ hybrid moving heads, 8 Platinum Beam 5R Extreme™ beam lights, 26 ZW19™ LED beam/wash effects and 8 ACL 360 Bar™ effect lights have joined the lineup. 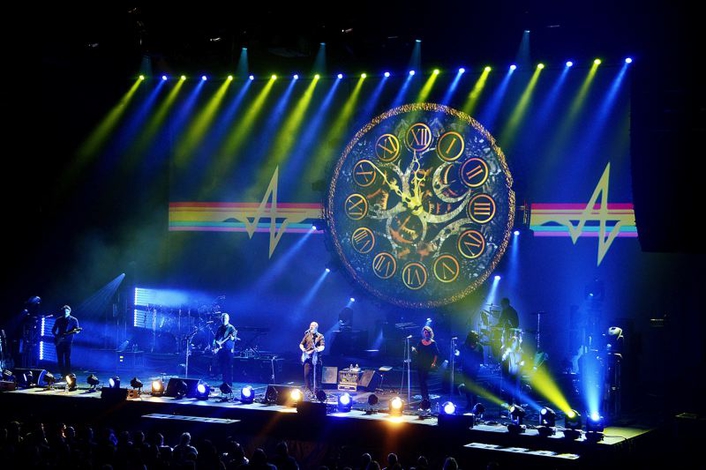 “The biggest determining factor when considering new fixtures for this tour was versatility and bang for the buck,” states Whittingham, who started with Brit Floyd in May of 2015. “While it’s nice to have a fixture that performs a really impressive one-off effect, we were more interested in a fixture that can be used frequently throughout the show for big impressive looks without becoming repetitive. We decided to go with the hybrid FLX to provide us with as many creative options as possible.” The Platinum FLX, a multi-award winning fixture, has flexible use as a spot, beam, or wash light.

Adding a variety of looks and working from each side of the stage are ACL 360 Bars, a continuously rotating color-changing LED batten in Elation’s ACL Series of high-output narrow-beam LED effect lights. “I intended to use the ACLs as a way of dressing the truss towers and creating audience-facing batten pops and a few interesting aerial effects to tie in with the strong beam looks already in the show,” Whittingham explains. “While they have done a wonderful job of this, they have also proved to be a useful utility light.” Surprisingly, he says, they have also turned out to be a useful sidelight to go to every now and again throughout the show.

For Whittington, a revelation of the new Elation lighting package was the ZW19, an LED moving head beam/wash effect luminaire with RGBW color mixing and motorized zoom that he has working from both upstage and downstage. “The ZW19s have been one of the biggest surprises for me as I have found the color rendering to be far better than a more expensive counterpart,” he said. “The movement is quite smooth and the zoom range has allowed me to use the fixture as a straight swap for an LED beam fixture we were using, allowing us to create additional wash looks across the stage and through low smoke.” 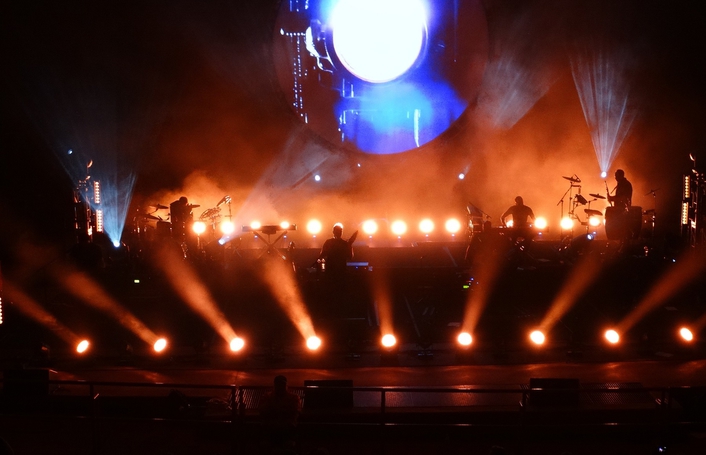 Brit Floyd shows are produced and promoted by UK-based CMP Live, who owns and is supplying the Elation lighting gear for the current tour. U.S. tour support in the form of lighting gear supply and personnel is from Performance Lighting of Chicago. North American dates of “Space and Time Continuum” started in early March and run through July with European dates coming in the fall.