Meskie Granie is a festival tour that showcases the music of some of the most inventive, interesting and experimental Polish alt rock and electronic artists ‘of the moment’. This year the six date tour headlined by the 2015 Męskie Granie Orchestra and featuring a different supporting line-up in each city, culminated in Zywiec where it was enjoyed by over 10,000 live audience and streamed over the internet to a further 265,000 fans.

Pawel Pajak (AKA Spider) from Fish Eye was the tour’s creative visual director – creating the lighting, video and set designs – in 2012 and 2013. This year, the organisers asked him to take on this same role again plus co-ordinate the budget and suppliers needed to realise the various stage concepts, so he became the project’s creative producer.
For the main moving lights, he specified over 100 Robe products.

As the Meskie Granie concept already has a cult following, the client wanted good looking visually stimulating shows with high production values that would look different and original. The brief also included having a strong representation of the main tour sponsor logos; some retro looking lights as well as the latest technologies … and live IMAG footage on the LED screens.

To help light the stage, Pawel came to an agreement with Robe’s Polish distributor Prolight as a production partner – a project also involving Robe CZ – to supply some of their latest luminaires. Robe and Prolight were keen to support Pawel and his creative endeavours as well as the emerging artists on the tour. 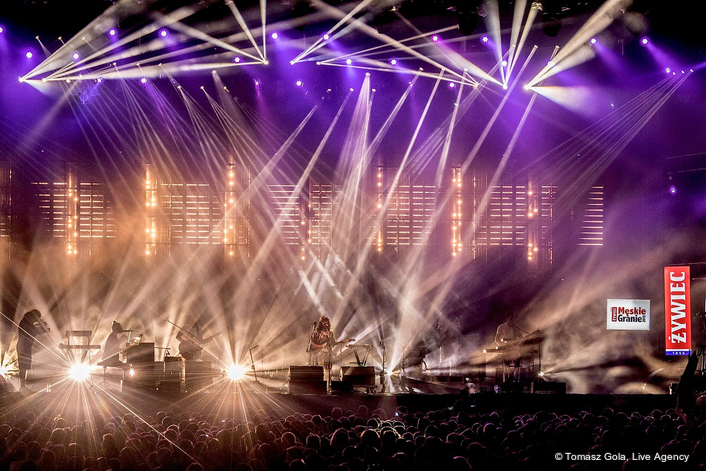 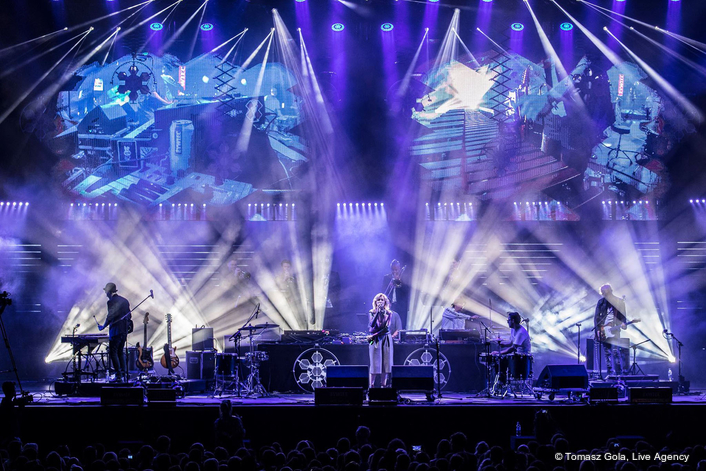 The miniPointes were hung in clusters of three above the stage and used for piercing beam effects and looks.

The LEDBeam 1000s were split into two groups, one positioned upstage to provide back washes and strong back light, with the others on the front truss, working as front washes complete with the frost filter.

The CycFX 8s were flown on a moving screen made up from nine sections of horizontally mounted Barco Mi-strips LED strings – creating a frame for the screen and producing the fabulous light curtain looks at which they excel!

The LEDWash 800s were used as groups of side lights and also in three overhead batches to bathe the stage in a combination of both rich and subtle colours.

Pawel was well impressed with the overall performance and reliability of all the fixtures.

It was his first time using the MiniPointe and CycFX 8s. The miniPointe he thinks are small, light, and easy to install and offer numerous options for beam looks and fast movements. He capitalised on their gobo selection and the prism for creating effects. 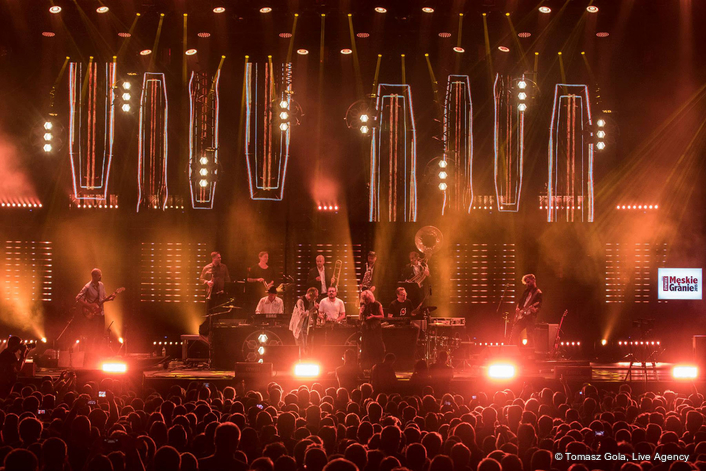 He reckons the CycFX 8s were great as wash lights framing the screen or the light curtain effects mentioned above or for excellent dimmer and colour chases.

It was also the first time that these fixtures had been toured in Poland!

Pawel has been utilising Robe on his designs for some time. He thinks the company is in a good position right now with “a wide range” of quality products, “Robe is on the rise and doing very well” he confirmed. 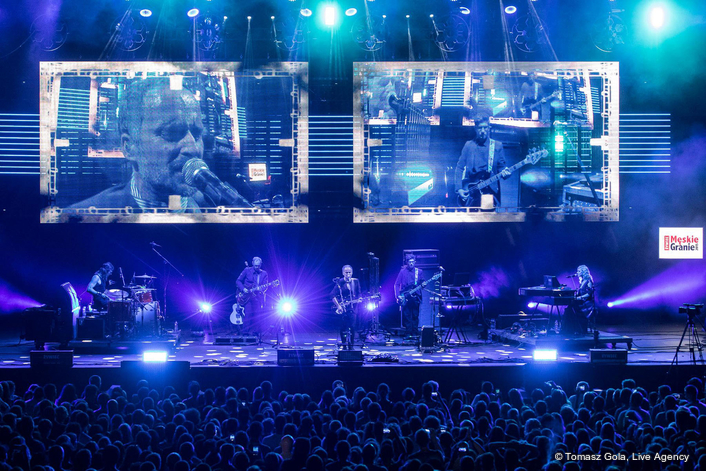 He programmed and ran the Meskie Granie tour lighting on a grandMA2 console which was also running a d3 media server, a Barco Encore screen management system and camera inputs, and worked closely with two other programmer / operators – all from Fish Eye – Marcin Szczakiel and Tomasz Szwelicki.

The biggest creative challenge was in creating different looking shows for all the opening bands and still having plenty of looks ‘in hand’ for the main band. At each venue they had to light between three and five new bands each week, so to make things more varied he divided up the lighting, and used different sources for different acts, and also changed the positions of the LED screens during changeovers, as well as implementing custom lamps hanging on pantographs. The live cameras could also be treated completely differently for further variation. 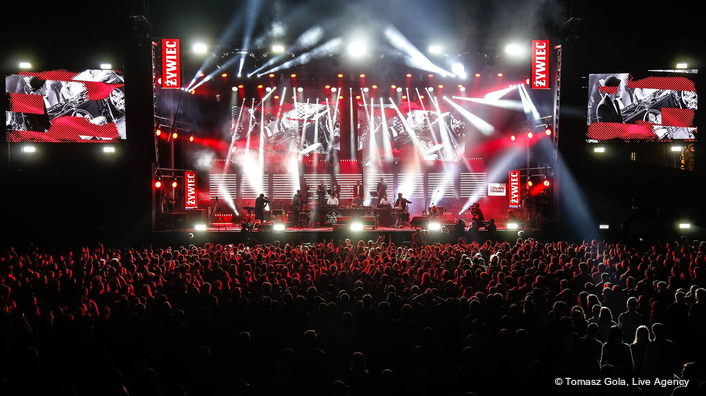