After yet another dazzling display of Camera, Lights Dance! Strictly Come Dancing has just concluded its 8th spectacularly successful season on our local screens.

Broadcast on SABC 3 and produced by Rapid Blue, South Africa’s leading independent production company, this international format, is produced in nearly 50 countries around the world and sets the ballroom floor alight every week with a sparkling display of dancing and lighting.

The series was lit by Gearhouse’s Robert Grobler primarily using a selection of Robe moving and static LED lightsources – nearly 150 in total - all supplied, together with other lighting and rigging elements by Gearhouse South Africa. Strictly SA was recorded at SABC’s Renaissance Centre in Auckland Park, Johannesburg. 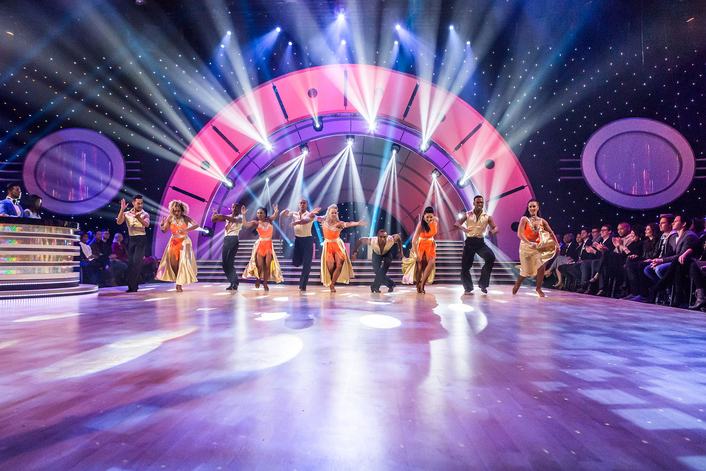 Robert was extremely keen to continue using mostly LED fixtures, a path he took when lighting the show the previous year. He was given a free rein to create appropriate lighting by the producers based on certain givens, like the fact that the dancers needed to stand out at all stages of the competition and their impressive array of eye-catching costumes should also be prominent in the visual picture.

Taking that and Michael Gill’s set design into account, he crafted the look and feel for each episode and within that, each of the individual dance sequences thoughtfully, utilising 24 x Robe DLX spots, 24 x DLF washes and 27 x Pointes for moving lights, together with 48 x Robe LEDForce 18 PARs and 16 x CitySkape 48 LED floods for base illumination.

The studio is an empty warehouse space into which all the production infrastructure had to be installed. Gearhouse South Africa constructed and flew a mother-grid and sub-hung a network of production trussing on 60 points, which facilitated all the drapes and masking needed to make the space workable for Strictly, the flying of some set pieces as well as providing the lighting positions.
The DLF washes – a popular choice from Robe’s DL LED theatrical range for replacing 2K fresnels due to their power and excellent colour temperature emulation characteristics – fulfilled that exact role once again. Rob thinks they are an ideal and far more flexible replacement for the classic studio light source in this context.

Trimmed at approximately 8 metres for the Strictly run, he was consistently running them at between 50 and 80% depending on the zoom, leaving plenty more headroom still had he needed it!

“As a television light they are quick and versatile,” he commented, adding that he also mixed his own custom colour temperature whites. “The DLFs are a must-have for all my TV work”.
The DLX Spots were new for this season and definitely proved themselves, replacing the previous 2500 series lightsources. 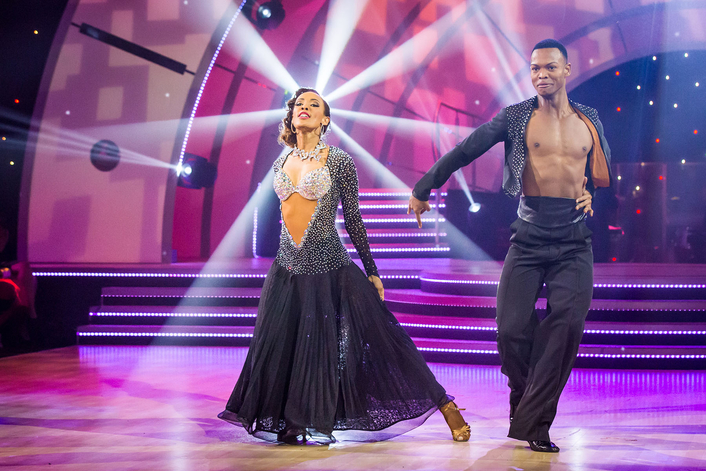 Eight DLXs lit, coloured and textured the famous Strictly upstage set arches, with the band positioned behind, while the rest were deployed as floor specials. For the elimination rounds, these floor based units also provided dramatic back-lighting on the dancers.

He found that gobos projected onto the floor crisply without interfering with how cameras were reading light levels on the dancers.

“They are well powerful - even in the darker saturates they have great punch,” says Rob, adding that he finds the gobos “new and fresh!” 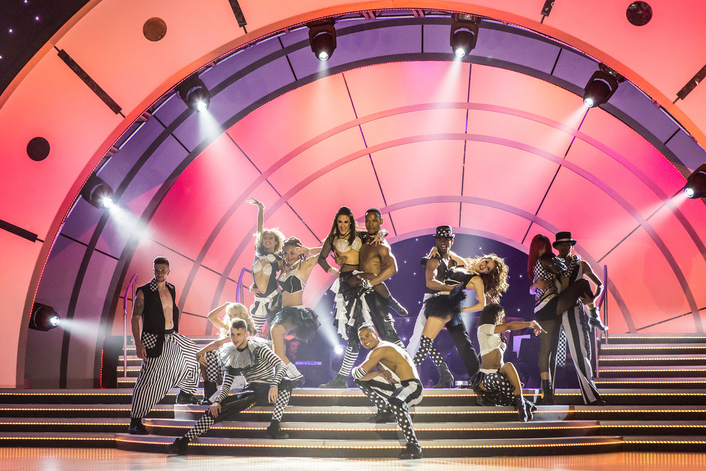 The Pointes were positioned behind the audience seating for effects across the audience and on the floor behind the judges, mainly to act as fillers from these different angles when cutting to reverse shots from two specific cameras. There were also a few scattered across the floor of the main stage and the rest around the set arch for fluff, eye-candy and some general beam-work behind the performers.

These went down extremely well with everyone on the production team so they decided to integrate them into the main show this year, together with an additional 15 around the second arch further upstage.

The LEDForce 18 PARs were dotted liberally all around the stage and set, ultimately useful for multiple tasks including - with their beam flattening - as a general profile source.

Robert used a grandMA2 console for control, and his main challenge was in comprehensively and effectively lighting the big production numbers, intricately choreographed by various choreographers for each of the 10 episodes which features the full cast and used every millimetre of the dancefloor! 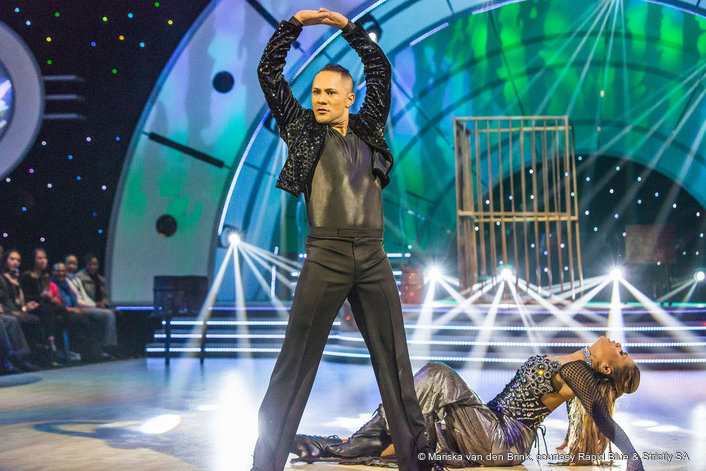 Using a careful balance of short throw lensed follow spots and the DLX Spots, they were able to reduce light levels for the cameras during these, reintroducing more colour and enhancing the richness and vibrancy of the look.

Being LED driven - apart from the Pointes and follow spots - also enabled the lighting department to reduce its overall power requirements from the previous series, dropping from a 450 KVA to a 200 KVA generator, which impressed everyone!