Kinesys Just Rocks It with Mayday 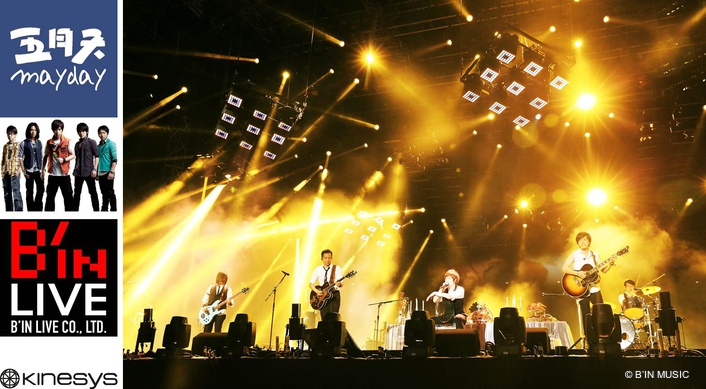 Taiwanese rock superstars Mayday are on the road in Asia with a large production including 56 axes of Kinesys automation – provided by rental and technical production specialist B’IN Live, who are headquartered in Taiwan with bases in China and Hong Kong.

The epic lighting, visual and set design was created by Leroy Bennet and Seven Designs from Los Angeles – well known for their imagination and style as well as interesting and provocative designs ... of which this is no exception! 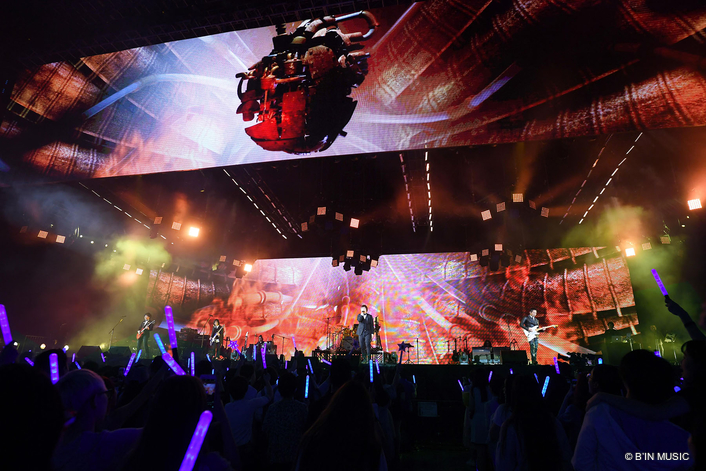 Technical Director and Production Manager for this Just Rock It tour is B’IN Live’s Jeffrey Soon and he is co-ordinating all the shows on the current tour which runs until October. The majority are in stadiums and all are completely sold out – including three performances at the Beijing National Stadium (AKA Bird’s Nest) … such is the popularity of the band.

Kinesys Elevation drives are used to move a number of lighting and video elements which include a 25 metre wide by 6 metre tall 12 mm LED screen weighing 5 tonnes which moves up and down on eight 1 tonne Liftket motors being driven by Kinesys Elevation vari-speed hoist controllers. 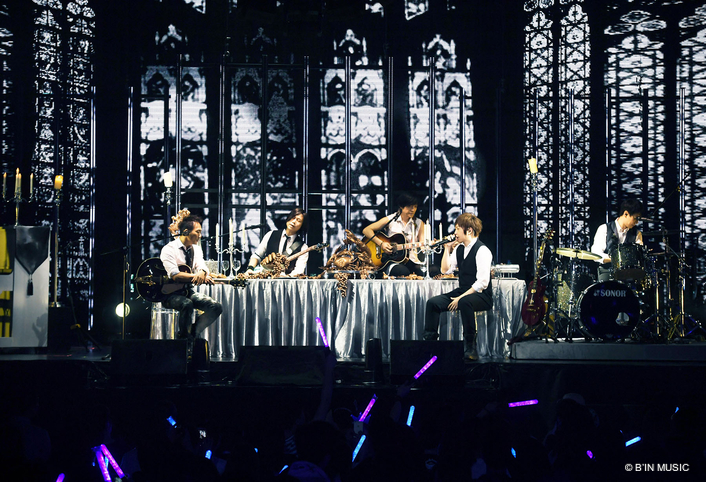 The screen is on the stage floor at the start of the show and then lifts up after the first number and into a number of other positions throughout the show.

Forty Elevation controllers alone are used to move 10 lighting pods in the roof over the stage. Each of which is loaded with 9 x Magic Panel 5x5 LED matrix moving lights. These pods are each suspended on four Elevation controlled half-tonne Liftkets … they needed to be able to rotate on all axes to achieve the variation of dynamic looks that Leroy wanted.

The final eight Kinesys Elevations are used on four straight trusses also above the stage, which also move up and down. Each of these is loaded with 26 x Magic Blade type fixtures … these account for just a small percentage of a total of nearly 600 Magic Blade style fixtures on the whole lighting plot!

There are also 14 sets of LED sticks on pods that are moved by a winch system – the requirements for these are a lot more straightforward than the Kinesys moves - and with all these animated elements, the whole architecture of the performance space can be radically changed … which has huge dramatic impact.

There are around 30 automation cues in the set. These were initially programmed onto a Kinesys K2 system by  B’IN Live’s Connie Cheng during the design and rehearsal stage and the showfile was then transferred to a Kinesys Vector computer for the tour, where Connie is also the operator. 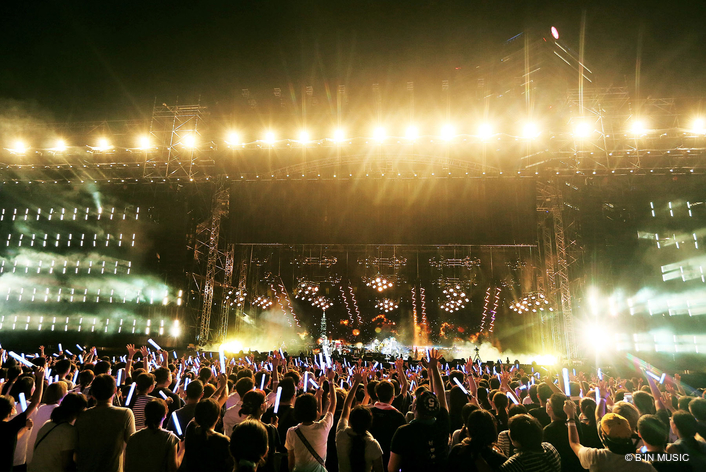 Connie and other B’IN Live staff have received advanced product training from Kinesys’ Martin Honeywell since the company first started investing in the premium automation brand in early 2015.

For this tour they have also sub-hired 10 Elevation controllers from Impact Hong Kong.

“I researched very extensively before choosing Kinesys” explains Jeffrey, “because it was a serious amount of money, but it has paid off in every respect. There is now a big interest in Asia related to introducing more complex automation into shows, and it’s the only system that can do this so comprehensively, easily and reliably. Of course, people are also really comfortable about the levels of safety as that’s synonymous with the Kinesys brand”. 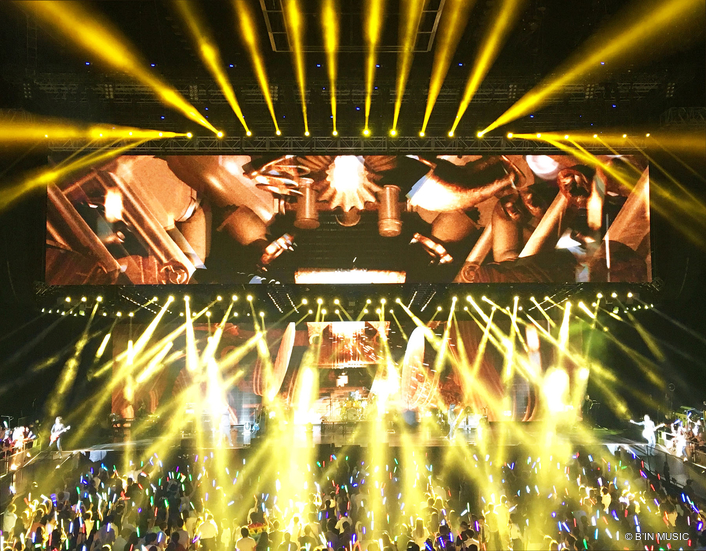 FOH sound is mixed by Matsunaga Tetsuya, the Monitor Engineer is FOH mixer Chuang, lasers are designed by Jay Hsia … and the Assistant Director is Jasmine Liu.