A Kinesys automation system is adding depth and dynamics to the stage for award winning country singer / songwriter Miranda Lambert’s current “Keeper of the Flame” tour in the U.S.

The automation was specified by production designer Paul ‘Arlo’ Guthrie, who wanted the additional dynamics of being able to change the architecture and form of the performance space. Having used Kinesys successfully on other tours including Lady Antebellum and Sheryl Crow, Arlo again added it to his stage plot.

“I love the smooth movement – it really suits this show” he explained. The brief for the stage, lighting and visual design was to keep the look clean and direct, with all the attention focussed on Lambert and her powerful music and stage presence which has earned her the title ‘Queen of Country’.

The automation is being supplied by Upstaging who are also the lighting contractor, and comprises 20 x Kinesys Elevation 1+ drive units, which are working in conjunction with 10 x 1 tonne Liftket motors moving five 18ft tall by 6 ft. wide wood-framed LED video columns, and 10 x half-tonne Liftkets which raise and lower five ‘finger trusses’ which are each loaded with 10 moving lights. 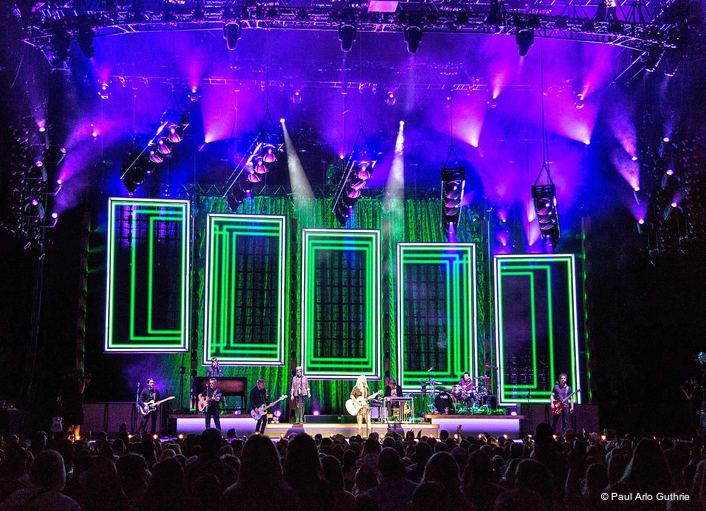 It’s being operated on the tour by Paul Mundrick, a freelance automation specialist based in upstate New York, using one of their Vector controllers.

There are about 30 automation cues in the show as the finger trusses and the video frames move into slightly different positions for every number of the set, mostly during the blackouts in-between numbers. They only move in view of the audience during a song!

Paul Mundrick, an experienced Kinesys operator for some years, states, “It’s the most reliable, user-friendly and accurate system I know for movement”

He recently used Kinesys on the last Arcade Fire tour in the U.S and Europe and on 5 Seconds of Summer in summer 2015.

The automation on Miranda Lambert’s show is straightforward, and it’s almost a plug-in-and-go scenario on the technical side, but the visual effect makes a massive impression on the look and feel of the show.

Being able to move the lighting fingers in particular adds a creative perspective that makes the rig to look huge when flown out so the light beams blast right across the stage and way out into the audience, and the next moment, they can be brought in and close the space right down for more intimate moments and ballads. 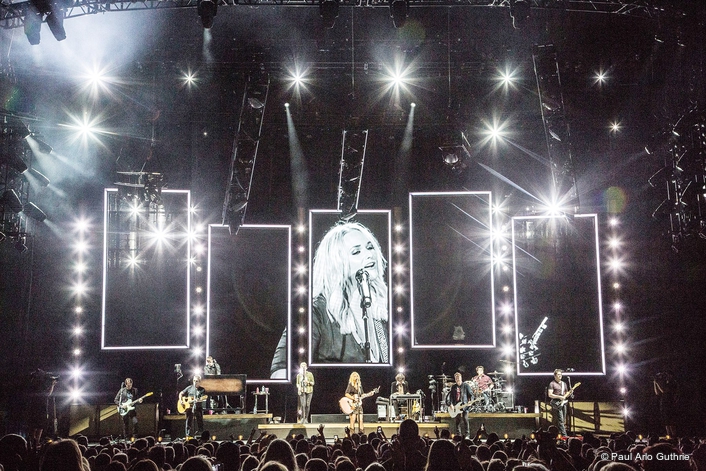 On the load-ins and outs, the video crew can use the Riggers Remote to operate the Elevation 1+ drives so the video techs can work without needing the full automation control set up in place and Paul on stand-by, allowing him to work efficiently on other things.

It’s the first time he’s worked with Arlo on tour and comments, “I really appreciate designers who integrate automation into their shows, particularly when it’s used like this, sparingly, considered, well thought out … and with maximum impact”