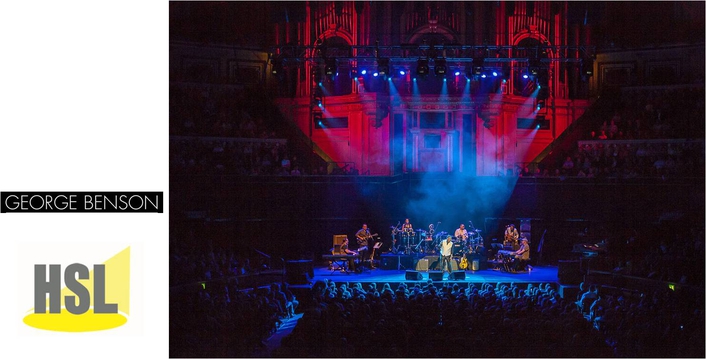 Benson, who had his most popular hits in the 1970s including the album “Breezin’” still has a huge following, and tours worldwide from May to October every year. The tour included Benson’s 23rd show at London’s Royal Albert Hall which was completely sold out. He first played there in 1977 and it’s one of the artist’s favourite venues. 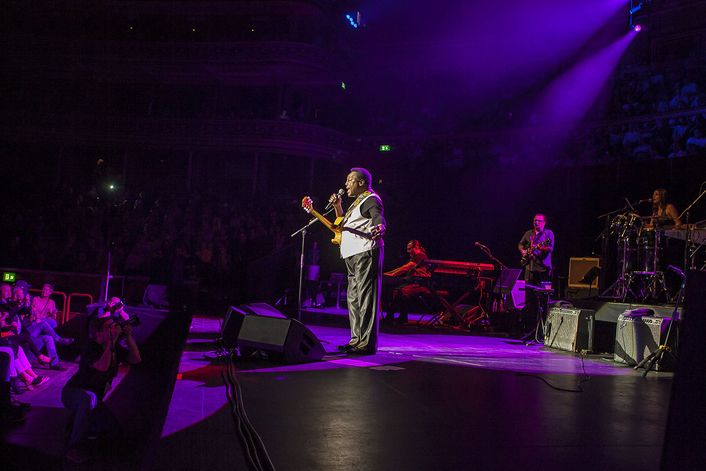 It was the first year that HSL has supplied the tour, working to a lighting design and spec created by UK based LD Simon Tutchener, who has also lit the last four UK tours. This one was project managed on the road for HSL by Lester Cobrin, and prepped and overseen in HSL’s Blackburn HQ by Sean McGlone.

Benson had a 6-piece backing band and Simon put together an appropriately clean and straightforward lighting design to suit the delivery of the show. “I really enjoy working on these tours” he comments, “George’s attitude is quite low key but he has a keen eye for everything and he, production Manager Michael Briggs and tour manager Jill Briggs put a lot of faith in me”.

The biggest challenge in lighting the show is that there is no predefined set list, so anything could come up next and the show is primarily improvised in terms of lighting cues, Basically, Simon has to be prepared for anything and everything!
From past experience he also knows what is onstage and what the artist likes to see … which is the band softly lit continuously, and the audience lit a lot as Benson likes to see them, so any rig needs to have this capability. 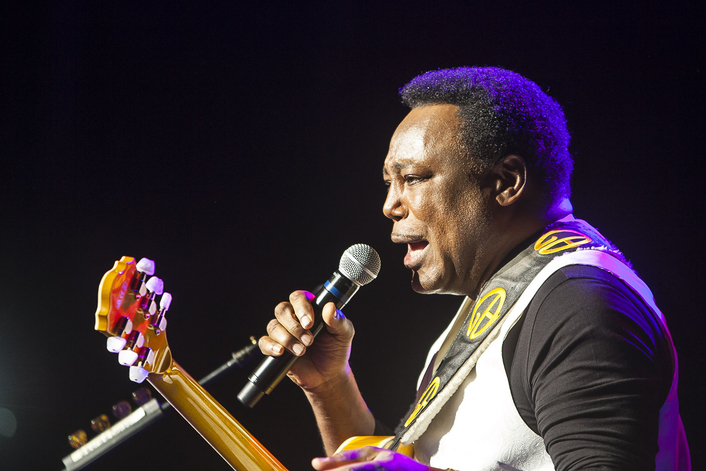 Simon’s design utilised two trusses and was designed to fit into all the venues, which were mainly concert halls.
At the Albert Hall, they took advantage of the venue’s organ LED lighting package so this was fired up and effectively became the backdrop for the show.
The moving lights were Martin MAC Viper Performances, chosen for their power and flexibility, and the fact you can get so much out of them. They worked hard throughout the show. 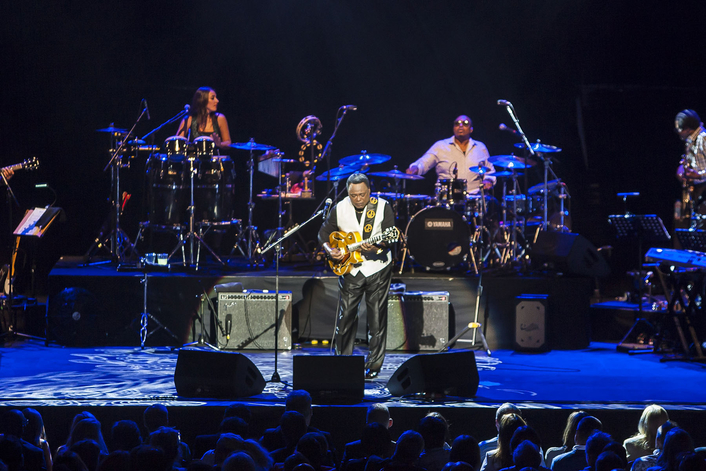 They were joined by MAC 2KXB washes on the back and front trusses and MAC Aura XB4s on the floor. 4-liteMoles were deployed on the front truss for the audience lighting and ETC Source Four profiles with 19 degree lenses were used to picked out the band and take care of the key lighting. Another Source Four Zoom with a custom gobo of the George Benson logo was focused on the forestage for the walk-in.

Simon’s console of choice – as always – was an MA grandMA2.
The overall flow for lighting was to feel the music for a couple of bars as the song got started and then go with the flow, a modus operandi for which Simon called on his fund of experience in professional lighting. Michael Briggs also mixes the FOH sound and is in the same situation of not knowing exactly what might come next.
“It certainly keeps you on your toes,” says Simon. 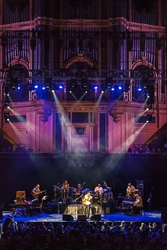 Ian Stevens tech’d and looked after all the HSL kit with Simon as a working LD.
It’s the first time Simon has worked with HSL as a supplier and comments, “The kit has been great, Ian was a real pleasure to work with and HSL has been very quick to react to anything we might have needed … so excellent all round!”