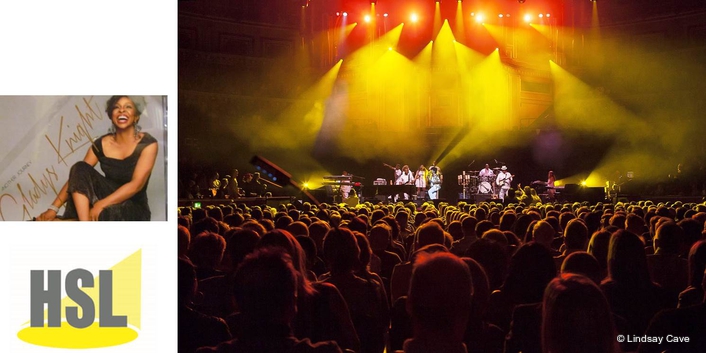 ‘Empress of Soul’, legendary singer / songwriter Gladys Knight recently toured the UK and Blackburn based HSL was delighted to be supplying lighting equipment and crew to the production which was co-ordinated on the road for HSL by Lester Cobrin and designed by UK and Nashville based LD, Neil Scrivener.

Neil has been working for the artist for about two years. Knight tours the U.S. extensively, having previously had a 5-year residency in Las Vegas and usually visits the UK and Europe each summer. This year, a high profile appearance at London’s Royal Albert Hall was one of the highlights on the itinerary for the seven times Grammy and multi award winning artist.

The PAR can rig used by Knight in the U.S. provided a starting point for Neil’s design this year. Taking into account the 13 people who needed to be lit, Neil decided that PAR cans were once again a good base option for the rig as well as adding a touch of retro. “It’s a bit old-skool, but when you need to light multiple areas on a fairly large stage … PARs are the ‘go-to’ fixture!”

For this tour he did however also have the chance to add some Vari*Lite VL3000 Spot and Martin MAC 2K XB moving lights to the rig, which meant he could dramatically reduce the number of PARs required to efficiently light the 60ft wide stage and performance space. 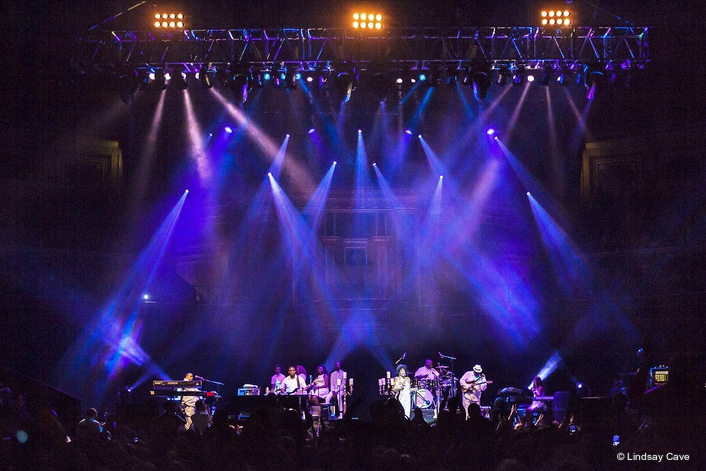 He created a classic 5-colour PAR wash then added in several strings of ACLs which were gelled. While her music isn’t suited to flashing or rock-style operation, the ‘timeless classic’ of a meticulously-focussed string of appropriately gelled ACLs added plenty of extra dynamics.

The moving lights and LED fixtures – which included PixelLine battens on the floor lighting the backdrop – substituted at the RAH with the organ lighting LED package - were then layered on top of this base illumination.

The XBs were used as a secondary wash layer coming from the top and lighting the whole stage from the mid-truss which was trimmed higher than the front and back.

The V*Ls were crucial to this tour. Neil used them to create big, sumptuous looks one minute and highly targeted intimate moments the next when they were all tightly irised in on Knight. Some fixtures were rigged on drop-arms which added depth and enabled him to create some great looking beam-scenes. The central V*L also usually acts as her back ‘spot’ light … so it was the most important light on the rig! 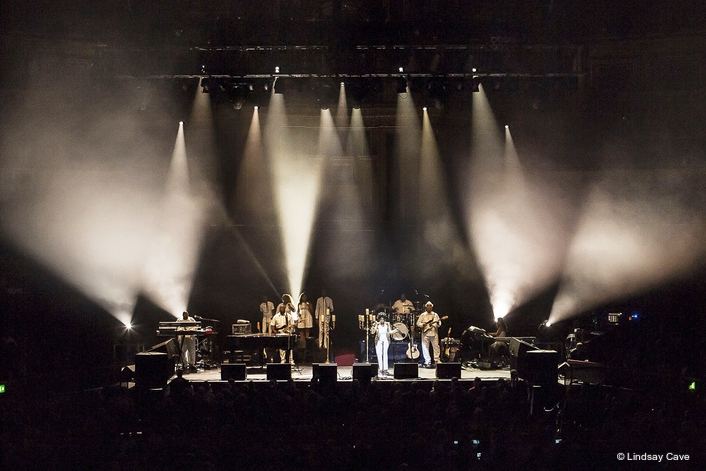 He operated the show using a Hog4 Full Boar console which he finds very comfortable for a show like this.

The biggest challenge of lighting Knight’s show, he reckons with two years under his belt, is dealing with all the new songs and material for each tour, some of which he won’t hear until the first night as there are no rehearsals!

He loves listening to the music every night and experiencing the standing ovation as she makes her entrance, and he also enjoys the fact that her production - including tour manager Larry Ward and production manager Scott Johnson – trust him creatively to produce a good show … even though it’s quite different in style to Knight’s standard US lightshow.

Joining him from HSL on the road were Pete Watts taking care of dimmers and tech Ewan Colson. “Pete did a brilliant job at blind focussing the ACLs each day – and Ewan is a fast climber, which was essential when the band wanted to sound check at 2pm each day,” says Neil. The rig was prepped and co-ordinated at HSL’s base in Blackburn by Sean McGlone. 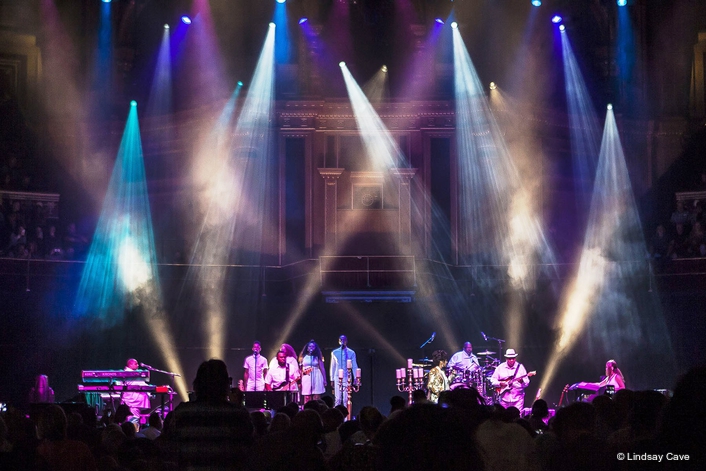 It’s Neil’s first tour with HSL for a few years. “I know there’s been some big changes at HSL in that time” he states, “and it’s all for the better! The support is fantastic, the equipment is in the best condition … and nothing I asked for was a problem”.

HSL’s MD Simon Stuart commented, “Gladys Knight is an iconic performer and we were really happy to be working with Neil and her production to help make the shows stand out for her many UK fans”.