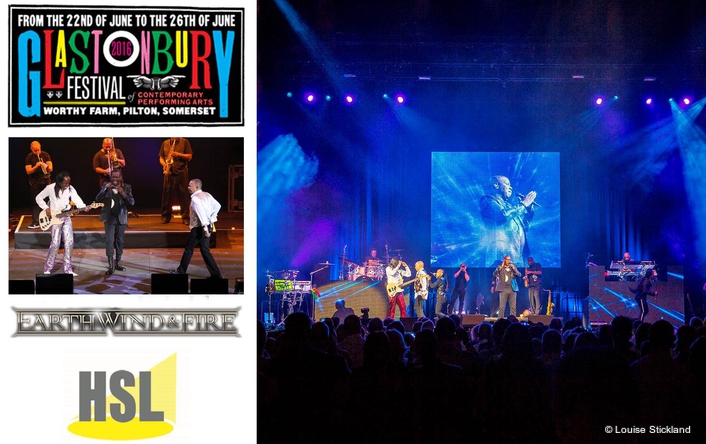 HSL supplied lighting and rigging to Earth Wind and Fire’s recent UK and European tour which included a closing headline slot on the West Holts Stage at Glastonbury 2016 as the second show.

Lighting was designed by Merle McLain who has worked with the band for 23 years. He was on the road operating the key and conventional lights and also directing and switching seven robo-cams as well as keeping an overview on all-things visual. Running the moving lights was Robin Seefeldt. Lester Cobrin was HSL’s project manager on the road, with everything at the warehouse end managed by Sean McGlone. 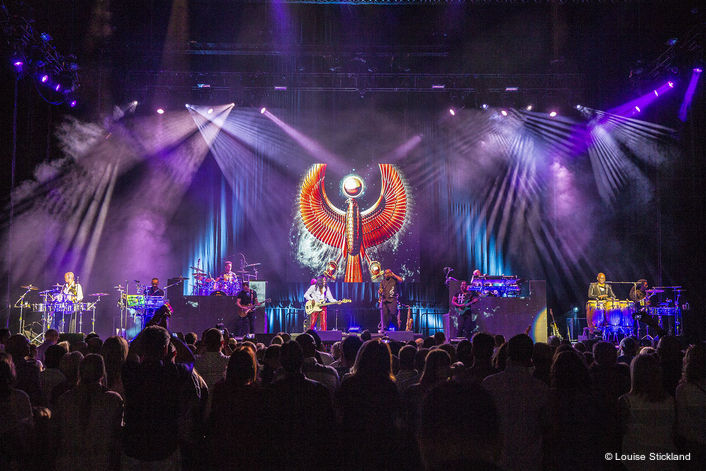 Earth Wind and Fire, one of the most successful bands of the 20th century have embraced many musical genres including soul, funk, jazz, hip hop, R‘n’B, pop, rock, Latin and African – and have a huge and eclectic fanbase as a result. Their live shows are known for their vibrance and energy, and the band still tours constantly worldwide.

The version of the current tour’s lighting design used for this leg of the 2016 tour was based on four trusses – upstage, downstage and two side trusses. 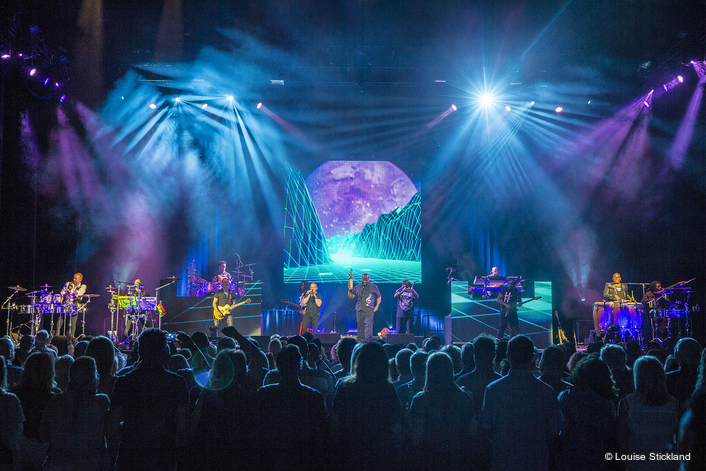 With 12 people onstage and the full 60ft width and 40ft depth of the performance area needing to be lit, there were several challenges!

The main effects moving lights from HSL were Martin MAC Viper Profiles, rigged in the air upstage and downstage, with more on the floor behind the backline.

Twenty-two MAC 2K XB washes were dotted around the trusses and on the floor.

There was a central video wall upstage of the back truss and some smaller LED surfaces stage left and right behind the drums and keyboards respectively. 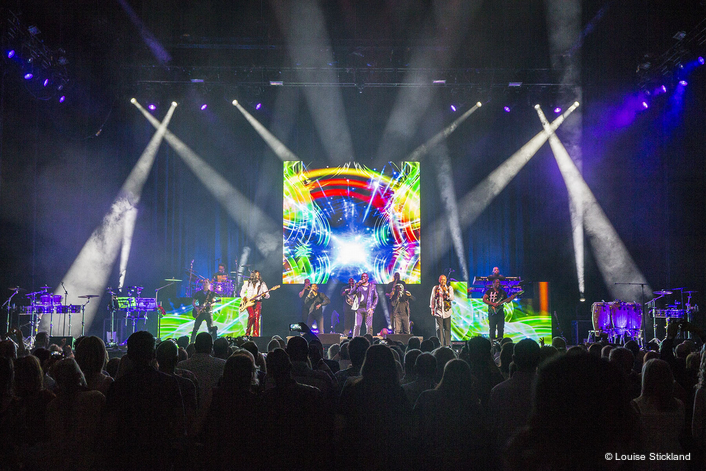 Source Four profiles on the front truss provided the key lighting, and 2K fresnels on the front truss, five were used to make a basic stage wash, with two reserved as audience fillers for camera shots into the crowd of the highly interactive show, together with some 2-lite Moles.

Joining Merle and Robin were HSL crew chief Andy “Paris’ Hilton, Dave Bunn and Rik Foreman. Robin commented that they worked very quickly and efficiently each day to get the rig up and ready.

Robin ran the moving lights from a grandMA2 full size console. She’s been working with Merle on Earth Wind & Fire for the last two years, taking over from the previous moving light operator Jess Baker who’d been in the role for around 12 years. Her console also triggered the ArKaos media server running the playback video content and she called – on this tour – four follow spots which were Robert Juliat Cyranos from HSL. 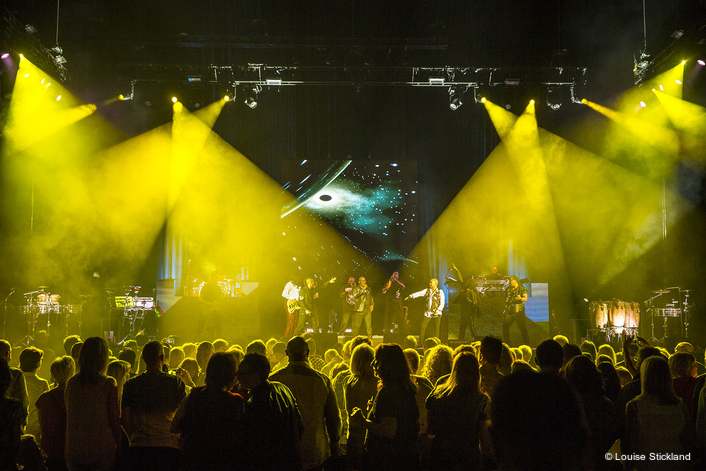 Merle himself – an industry maverick with 42 years’ experience starting back in the glorious 1970s and part of that rock ‘n’ roll rulebook writing era - ran the conventionals from an Avolites Pearl Expert console.

It was the first time he’s worked with HSL in the UK, on which he comments, “They have done a great job, Paris ensured that everything ran very smoothly, every day and Lester took care of all the logistics and ensured we got everything we needed. I was impressed with the kit which is all extremely well maintained”.