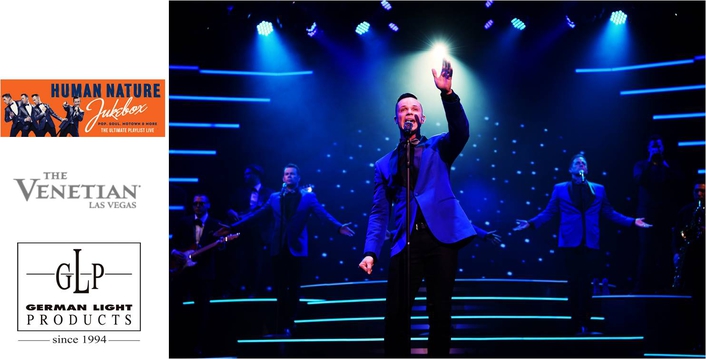 Leading Australian pop vocal group, Human Nature, have returned to The Venetian in Las Vegas with their new Jukebox production, which effortlessly blends retro pop classics with Doo-Wop, Motown and Soul. The aim of the show is to bring some of the greatest vocal hits of all time to the cabaret stage in their own personal jukebox.

As with previous Human Nature productions in ‘Sin City’ (such as Motown), GLP lighting is used extensively to add both drama and subtlety to the show. David Rudder, the group’s production manager and technical director for the past 20 years, says the show was the consequence of a successful album with Bob Rock followed by a sell-out tour in their native Australia. 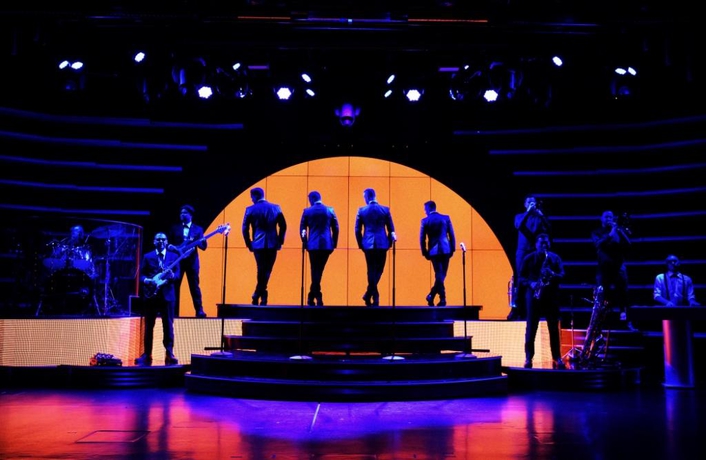 Heavily involved in knitting all the creative elements together at the design stage, Rudder said, “Although we considered other options as a location for this show, we really feel comfortable at The Sands Showroom — and the venue’s history, as well as the high end status of The Venetian itself, were all factors in re-signing.” 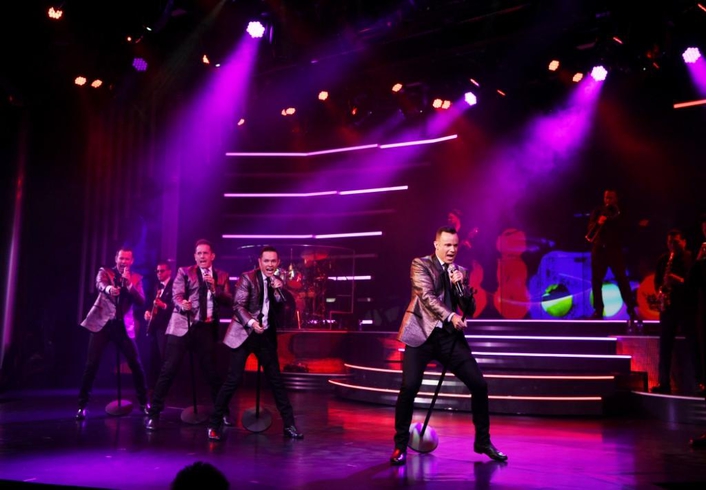 They were fortunate to again have the services of Jeff Pavey, their Australian LD, despite his other commitments. “Jeff was actually out creating and touring with Prince’s solo show but he was able to come over and light the show during the soft opening; he did a great job as usual – he really ‘gets’ the balance between rock show and theatre.” 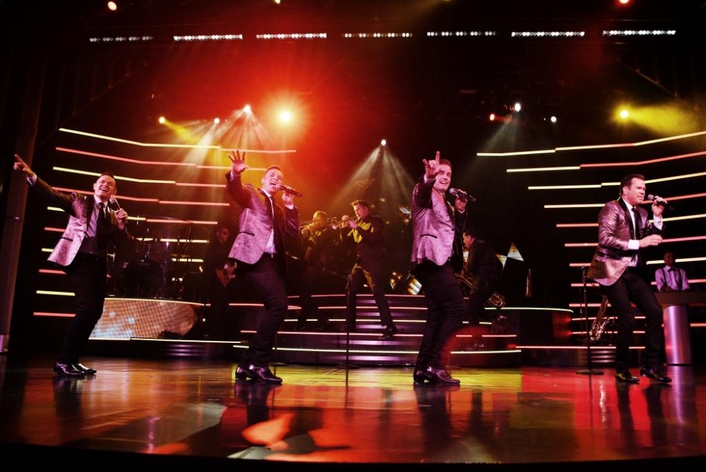 The contact with GLP originally came through top LD, Steve Cohen (who was responsible for the production design of the Venetian version of The Motown Show). He specified GLP’s X4’s as well as the Spot One and Wash Ones. 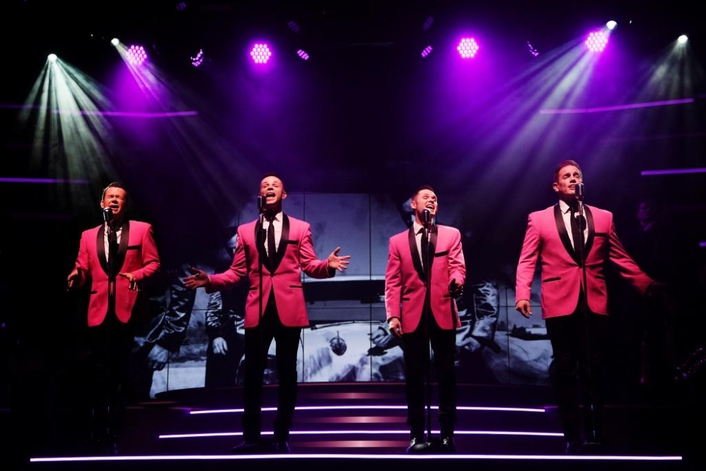 “We particularly loved the clarity and punch of the X4s and I went to the LDI Show where we were also blown away with the X4 Bar 20 and Bar 10 — not just by the impact of the GLP stand design, which was incredible, but for the way they might fit with the themes of the new Jukebox show. 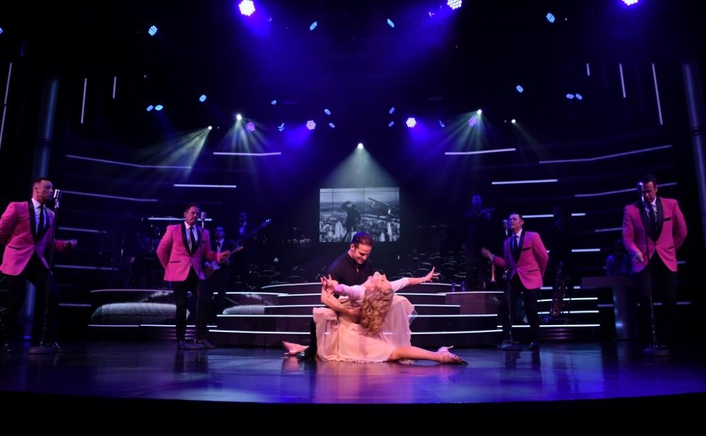 “We have very specific limitations with height and scale due to the construction of our stage and the X4s seem to be that specific kind of fixture which is always able to cut through and give us the big looks we are constantly seeking.” 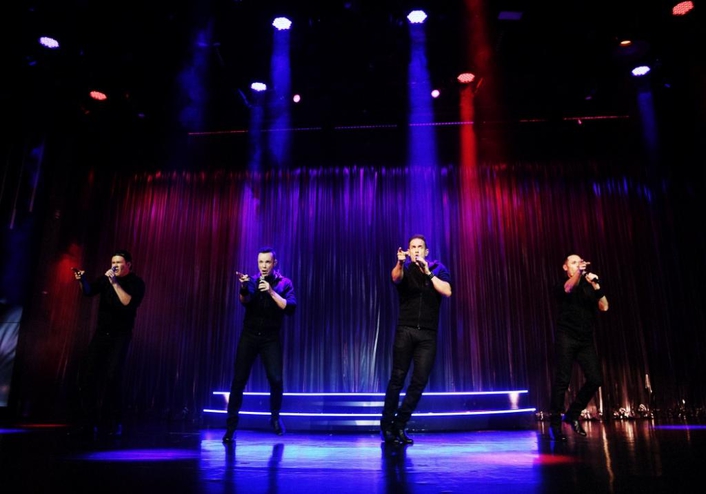 David Rudder went further. “We love everything about the Bars — the speed of the pan and the ability to chase the whole lineal run of fixtures. Using them as a virtual single fixture, they really have the ability to cut through all the standard looks from the traditional moving heads and have their own starring moments in the show. 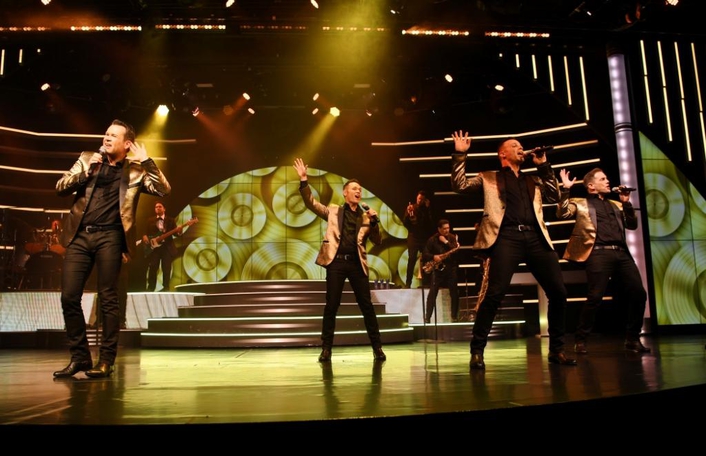 “As for the X4s, they had been the star of the previous show, and again they offer so much punch and saturation from one compact little light. I love them!”
With integration of the traditional legacy fixtures in the house, keeping everything powered had become an issue in its own right. “Having the GLP Spots has meant we can get quality light where we need without melting our distros; the color and saturation are great and they can easily blend and hold their own against the traditional fixtures. 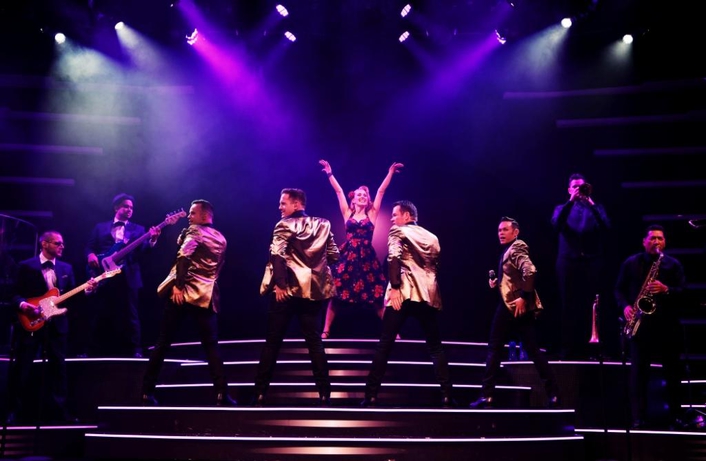 “Side light is also really important given that there is a lot of choreography in the show and we are really happy with the usability and power of the Wash Ones to really pick out the guys when they are doing group choreography.” 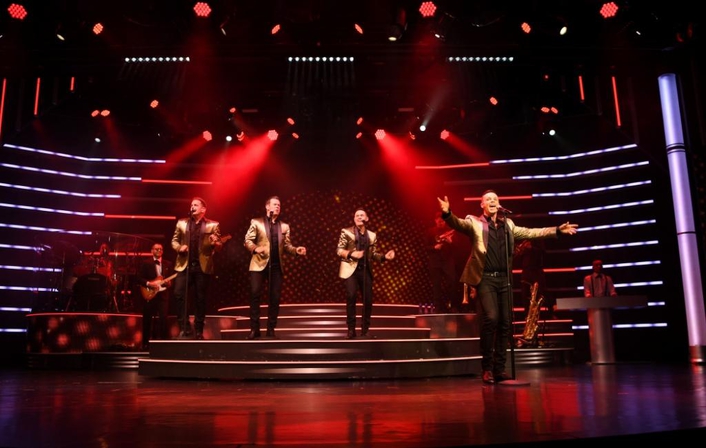 Finally, with two columns in the show used selectively to replicate the look of a Rock-Ola Bubbler Jukebox, GLP Atoms were specified to light the column from top and bottom. “This was the perfect fixture,” he said. “We ran everything off a single power supply and in operation they work great as the colors, as with all GLP fixtures, are so true and saturated. And even though the light is a static fixture, with the zoom feature we are able to get movement up and down the column just by altering the zoom.” 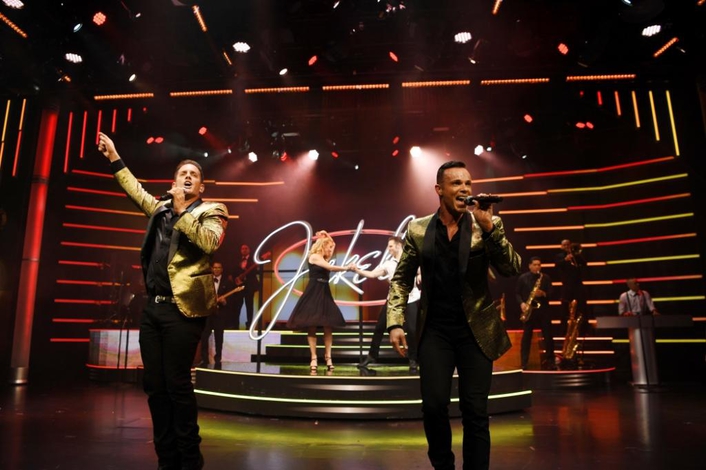 Overall, he says the GLP fixtures tick all the boxes. “I love the color and punch from these small fixtures in a difficult space, and the new possibilities with the X4 Bars allow us to do things that the audience hasn’t ever seen before.”

Cost savings in using LED fixtures is another bonus. “We are severely limited in the power available to us due to the demands of having to maintain legacy equipment. In practice we see the economies of using LED gear every day as the conventional lights lose lamps and need constant repair and maintenance.”
All of which ensured that Human Nature Jukebox’s technical infrastructure bedded in at the Venetian in double quick time, and the show can now look forward to the initial three-year run for which it has been slated.