The Ghoema Awards recognises exceptional achievement in the SA Afrikaans Music Industry. Chris was appointed by Joshua Cutts of Visual Frontier to light and programme the 2016 awards for their client, creative production company, Idea Candy. 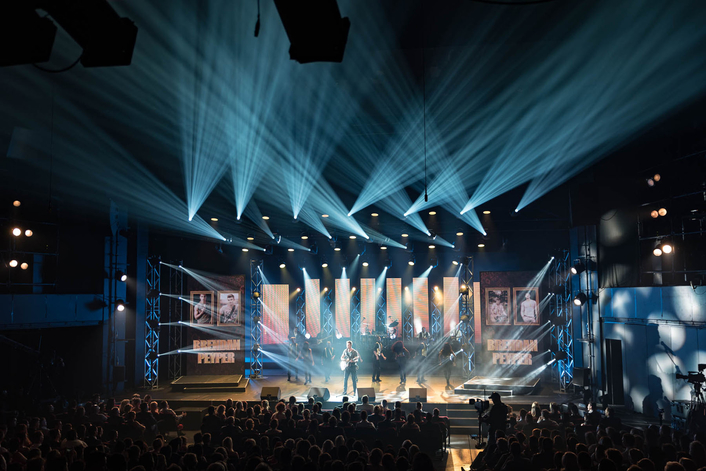 The BMFL has become one of Chris’s go-to fixtures for major shows. “Both Josh and I specify the Robe BMFLs wherever possible,” said Chris. “Six BMFL Blades were rigged on the theatre’s FOH positions and used for washing the stage, with two on a house bar 4 metres upstage used to backlight the presenters who were standing within a box set onstage.

Pointes are another favourite, “I’ll always find a place for them,” states Chris. 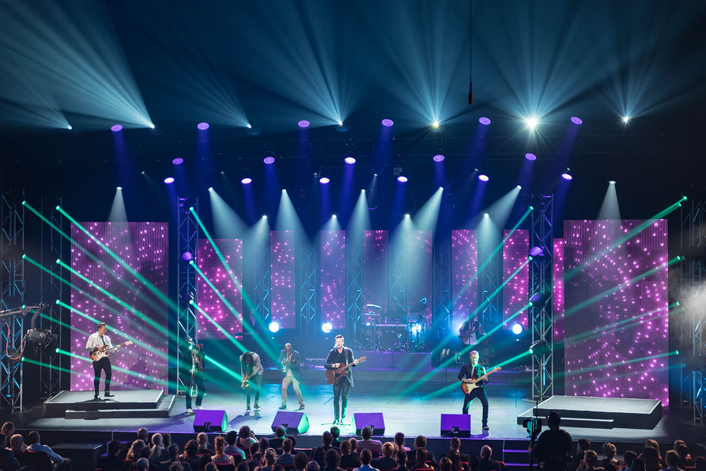 Pointes were rigged on a collection of totem (vertical) trusses and used for the striking beam and effect work at which they excel. The LEDBeam 100s were also positioned on the totems at the back of the stage and with 20 on the show, the LEDForce 18s were used to internally illuminate the metalwork which looked very cool.

For gobo work and back lighting, the MMX Spots were positioned on some of the theatre’s overhead house bars, together with the LEDWash 800s and 600s. 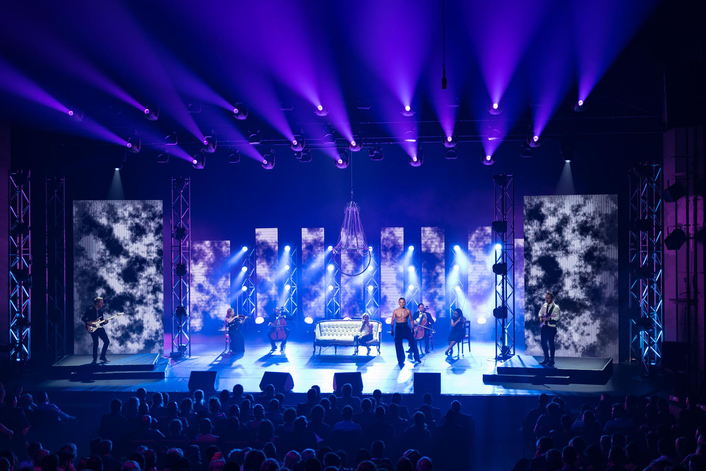 It was the first time that Chris had worked with Robe’s LEDBeam 1000s. “They are fantastic, a very versatile fixture,” he enthused. The lights were placed right at the back of the stage on the floor for intense, tight beams punching through.

The Jo’burg Theatre has a number of stage lifts and trucks which were utilized during the event by Chris, who also designed the set with input from Josh and Barry, and this also facilitated more opportunities for creative lighting. 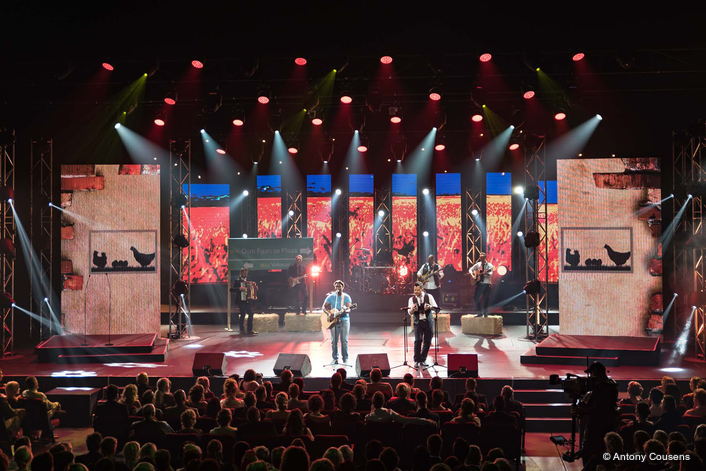 With clever use of the flying facilities and other stage mechanics, a number of interesting scene changes segued different sections of the show, all adding to upbeat performances by artists like Elvis Blue, Steve Hofmeyr, Karlien van Jaarsveld and others … along with Chris’s highly imaginative lighting.

Equipment was a combination of the theatre’s in-house stock supplemented by kit from leading SA rental company, MGG.