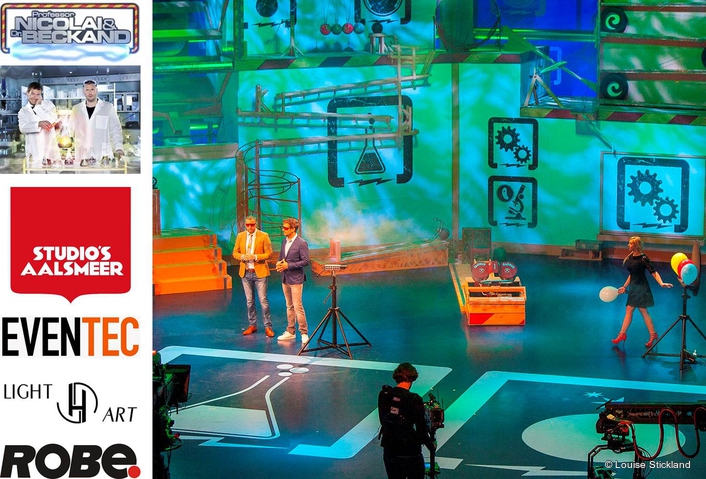 The show was lit by Martin Beekhuizen of lighting and visual design practice Light-H-Art, with lighting equipment supplied by Eventec, a company based at the studios and a technical service provider for the majority of programmes created there. With over 100 Robe fixtures in Eventec’s regular rental stock, shows will often feature the brand’s moving lights!

This was the second season of the series and the first made at Aalsmeer - the 6 episodes were recorded over three weeks. 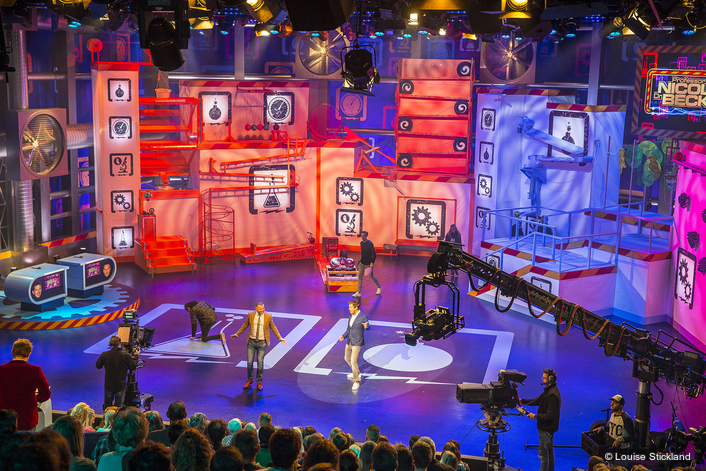 Martin was asked to light the show by director Gerben van den Hoven – the two have worked on previous projects - and again collaborated closely with set designer Harrald Kassies.

The set was substantial and included several Heath-Robinson style machines and props related to the games, all of which are vital to the visual identity of the programme which involves a load of wacky experiments – cue bubbling beakers, steaming test-tubes and frothing flasks – combined with quick-witted scientific banter!

It was imperative that all these elements were well lit for the cameras to pull out and accentuate all the detail … whilst also retaining the essential atmosphere in the studio. 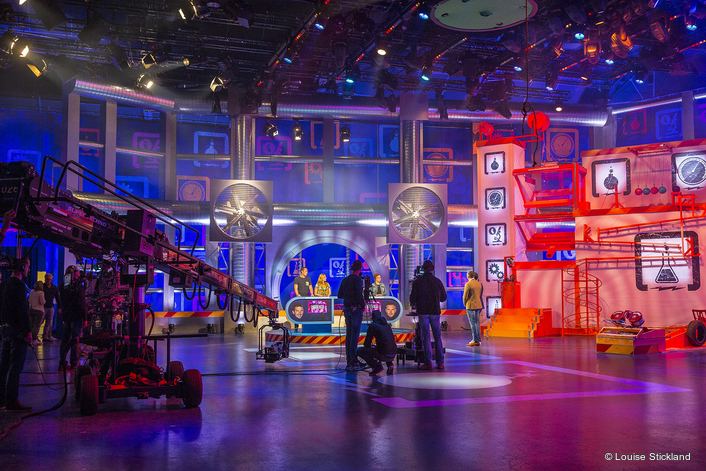 To keep these two requirements balanced, very precise lighting was needed and this is why Martin chose the DL7Ss as the shutters gave him the flexibility to concentrate light in specific areas creating plenty of depth for the cameras.

The DL7Ss - a fixture designed and built for theatre and television applications – were dotted all over the studio rigged in the ceiling – and also used very effectively to layer gobos and colour onto the set and floor.

“I needed a punchy fixture with excellent colour and shutter blades for precise framing” said Martin, “and the DL7S performed very well”. He also found the tungsten and HMI emulation extremely useful for front key-lighting on the two hosts. 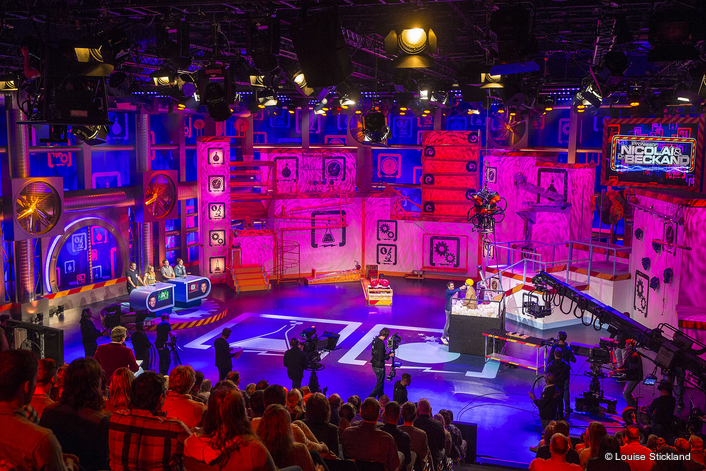 It was his first time using DL7Ss which he had seen at PLASA last year, but it won’t be the last! In fact, he was so pleased with the results that he immediately spec’d them again for “Toppers”, a theatre show adapted for television playing there where the fixtures provided key lighting for the orchestra for a special show in Amsterdam Stadium Arena.

“The high CRI definitely also makes a difference, especially for TV when you need all colours of the spectrum to be in there”.

In addition to these, 36 x LEDWash 300s were utilized for general lighting and highlighting the scenic ‘machinery’ of the Professor Nicolai set. 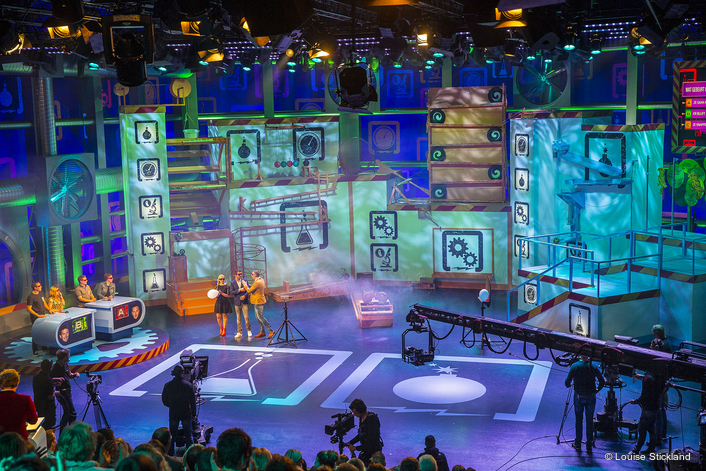 Sixty-four CycFX 8s dotted all over the lighting grid provided a favourite trick of Martin’s for filling any potential holes in the low angled camera shots.

He really enjoyed the chaos and mayhem of lighting the series, for which he worked with programmer Joost Wijgers, “It’s a lot of fun to light and there is never a dull moment”.

Martin, who has been involved in performance lighting all his life, starting with school dramas and plays, first encountered Robe several years ago, but started looking at the brand more closely about 4 years ago as he felt the product ranges were really maturing and the quality and functionality was setting new standards of excellence.