The eighth annual Electric Zoo Festival attracted a reported 83,000 EDM fans to Randall’s Island Park in New York City over Labor Day weekend with a lineup that featured many of the genre’s finest, including Tiësto, Hardwell, The Chainsmokers, Bassnectar, Porter Robinson, Steve Aoki and many others. According to festival organizers, this year’s event marked the highest attendance since 2013, included a fully sold-out Sunday crowd of 33,000, and drew ticket holders from 90 countries and all 50 US states. 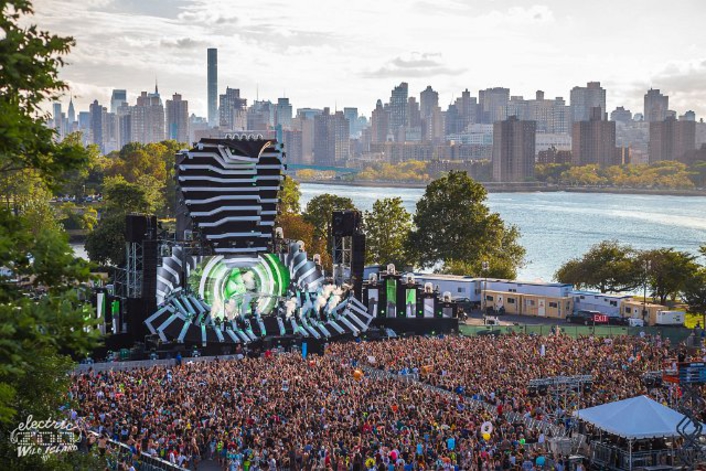 “EDM festivals like Electric Zoo demand accurate, even, and powerful LF throughout the entire audience area, and the new LA12X-powered KS28s paired with our LA8-powered K1-SB arrays accomplished this task with ease, delivering extremely smooth frequency response and truly impressive SPL levels,” points out Clearwing’s Joe Spitzer, who served as the Main Stage tech, along with Phil Reynolds. 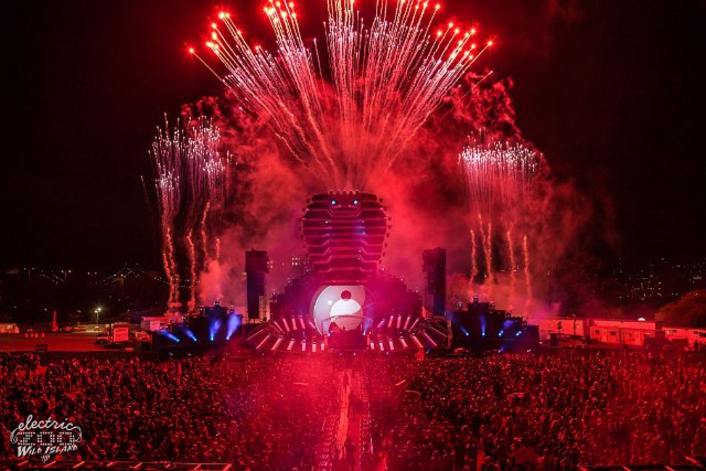 “As DJs and producers create more and more complex electronic music, the sonic accuracy and deployment of sound reinforcement systems is extremely vital,” he adds. “The previous SB28 subs were great, but the KS28s have the definition that they were missing. Even the most familiar songs and tracks now have a new life, as there are notes rarely heard reproduced so accurately. And the LF coverage is very even—something that is not always achieved when dealing with low frequencies. As expected, the headroom of the entire PA was significantly increased in comparison to using SB28s and LA8 amplifiers, which was greatly received for this event by audiences and artists alike.”

Robert Hegge, who served as Riverside Stage’s tech, along with Jeff Mayer, was equally impressed with the new subs. “Every time I take out the KS28s, I’m more impressed with them,” he says. “I still find myself being caught off guard by the extended low frequency response, which is a lot of fun. They have much better transient response compared to the SB28, and they get much louder while still maintaining a tight, clean sound. Even when ground stacking, the integrated rigging allows you to securely lock blocks of subs together, which saves a lot of time compared to messing with ratchet straps.”

According to Bryan Baumgardner, head of audio operations and logistics for Clearwing Productions, the choice of L-Acoustics was very much dictated by the artists,. “When you have Tiësto and acts like that, they all pretty much demand L-Acoustics. So that’s the number one reason: rider acceptability,” he says.

Baumgardner reports that this was Clearwing’s debut at Electric Zoo, which was first held in 2009. But a long working relationship with festival organizers Made Events and SFX Entertainment ensured that everything went very smoothly, he says. “Our client had a ton of drawings of every stage and every coverage area. With L-Acoustics’ Soundvision modeling software and Network Manager control and processing we were able to plan ahead. So we knew exactly what we were walking into, which helped us onsite.”

This year, Electric Zoo adopted a “Wild Island” theme. The outdoor Main Stage, constructed in the shape of a giant cobra rearing back to strike, featured two main PA hangs, each comprising 12 L-Acoustics K1 plus two K2 down fills, backed by separate arrays of eight K1-SB LF extension cabinets, all powered by LA8 amplified controllers. Down below, a dozen KS28 subs per side were grouped in fours, flipped upright with 1.5-foot spacing between them—with eight more located in the center, configured as an end-fire array—all powered by LA12X amplified controllers. Six groundstacked K2s per side plus a dozen ARCS II provided additional fill.

On the outdoor Riverside Stage, which was encircled by an enormous, writhing octopus, the setup included eight K1 plus four K2 down fills flown per side, together with 16 KS28 subs. Two stacks of three Kara provided front-fill, while a pair of ARCS II per side handled out-fill. Power for the rig was generated from seven LA-RAK amplifier racks, along with two LA-RAK II containing the new LA12X amplified controllers.

The Hilltop Arena tent, made over to look like an arctic icescape, featured six K2 per side with 12 SB28 subs, together with four ARCS II for fill, with five LA-RAKs driving the system. For the tented Sunday School Grove, decorated like a tropical jungle canopy, Clearwing supplied a main system of six Kara per side plus eight SB28 subs, with fill provided by two ARCS Wide, and with four X15 HiQ delays. Three LA-RAKs.

L-Acoustics speakers, which have become the monitors of choice for many of the world’s EDM artists, featured on all four stages at Electric Zoo. The Main Stage DJ fill included four Kara enclosures stacked over two SB18 subs on each side of the DJ position, plus four X15 HiQ wedges out on the stage, while the Riverside Stage was equipped with three Kara over two SB18 per side, plus eight X15 HiQs. The Hilltop Arena monitor rig was identical to the Riverside Stage but included an additional SB18 complementing the wedge monitors for the musicians. DJ foldback at the Sunday School Grove tent comprised two X15 HiQs and a pair of SB18 subs.

Baumgardner points out that the entire event was virtually trouble-free, in part due to Clearwing being the sole vendor for both sound and lighting, ensuring an extremely smooth collaboration between the crews. “By us having control of the lighting as well, it made things that much easier. With everyone coming out of the same shop, our sound and lighting teams work together very symbiotically—everyone knows each other and knows what’s going on—which really helped create an outstanding experience for all.”