Don’t Let Daddy Know (DLDK) is one of the biggest international EDM parties taking its cool Ibiza roots and transitioning into a worldwide dance phenomenon known for spectacular production values. The 2018 Amsterdam edition, produced by Dutch7, returned to the renowned Ziggo Dome for two nights, for the first time with creative lighting designed by Bas Knappers from Netherlands based creative practice, Live Legends.

Live Legends has previously provided programming and operating teams for the event and in the design ‘hot seat’ Bas specified 122 x Robe Pointes and 40 x MegaPointes as part of a large lighting rig? supplied by Rent-All together with video and sound. 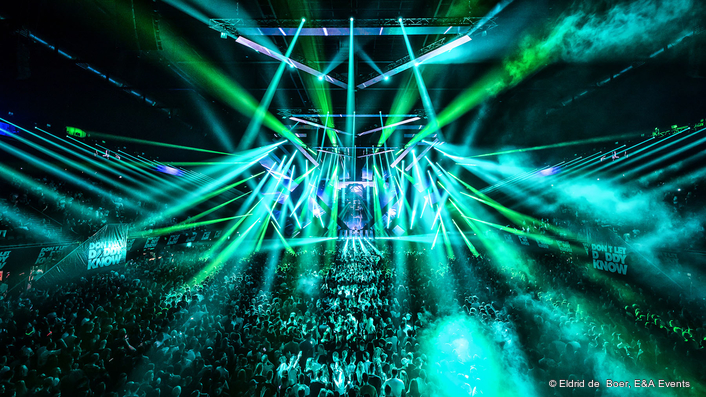 Bas wanted bright, powerful beam lights with plenty of punch and creative options to hold their own over humungous amounts of LED screen at the back and surrounding the stage, and Pointes and MegaPointes proved a great choice to kick some serious ass!

The fixtures were positioned on a series of trusses above and to the sides of the stage and the venue as well as on four large moving objects flown above the audience - each with 9 x Pointes on-board - plus six static structures over the audience. 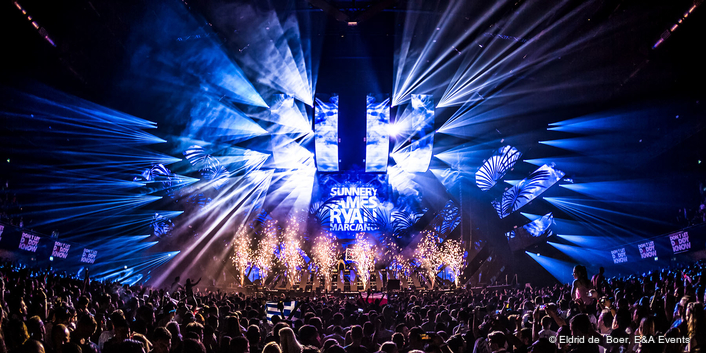 This offered a wealth of versatility and enabled the design to provide some truly immersive looks and ambience as Bas could throw lighting everywhere in the room including reaching right into the far corners at the back.

Originally, Bas considered having Robe BMFLs on the plot to deal with the long throw distances, but  Robe’s signature high powered moving light was in such demand that weekend that instead they decided on Pointes and MegaPointes … which Bas found “absolutely excellent” for the job.

On the MegaPointe he commented, “It’s incredibly powerful and we used and enjoyed the huge zoom extensively and loved the impressive gobo break-up looks that could be created”. 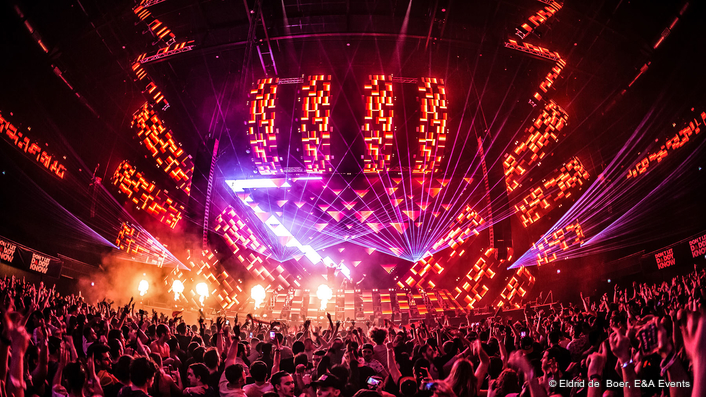 It was the first time he’d used MegaPointes for a show, but Pointes he’s been using in his work since 2013 when the luminaire was launched.

He was “delighted” to have the MegaPointes on hand. “I could hardly believe what was coming out of that little light – it’s truly amazing!”

Pointes have become a favourite for EDM, dance, trance, techno and any number of other dance genre shows because of their speed, brightness and the sheer number of combinations and affects that came be programmed. The environment demands that the visuals are kept constantly fresh and pumping relentlessly throughout the night. 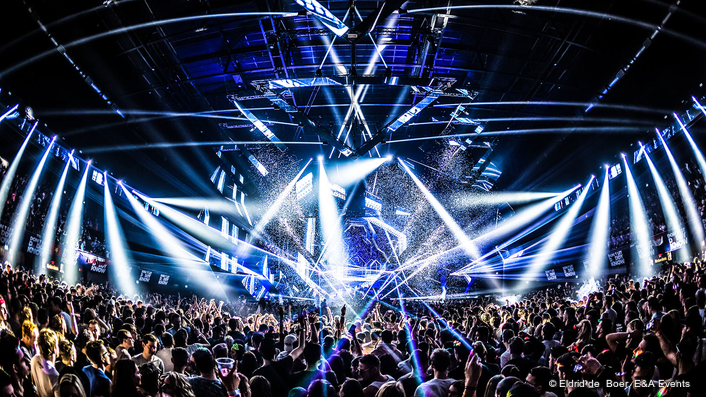 The imaginative challenge for DLDK, which packed the venue to its 17,000 capacity each night was that the show has to be big and ballsy, and also needed to have some intimate and close punctuated moments, so every fan could feel that the DJ was playing exclusively just to them in the room!

This can be achieved with experience, a dynamic design and good preparation – on the night – a fluid sense of rhythm and feel for the music.

The lighting control set up was grandMA2 and Bas took on all the operating as well, apart from three guest LD slots by Rob Lister (Axwell Λ Ingrosso), Carly Eijlander (Nicky Romero) and Koen van Elderen for Steve Angello. 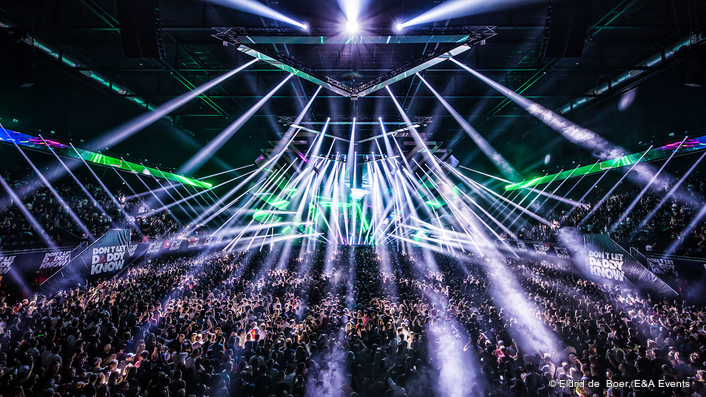 All the lighting elements were undertaken by Live Legends with 4Light co-ordnating the overall lighting production, KBK Video created and ran the video content, MG Services provided audio and Pixelscreen dealt with video. Lasers were provided by Laser Image and staging from Coreworks. Eventions BV supplied all the staging and automation and Pyrotech took care of the SFX.