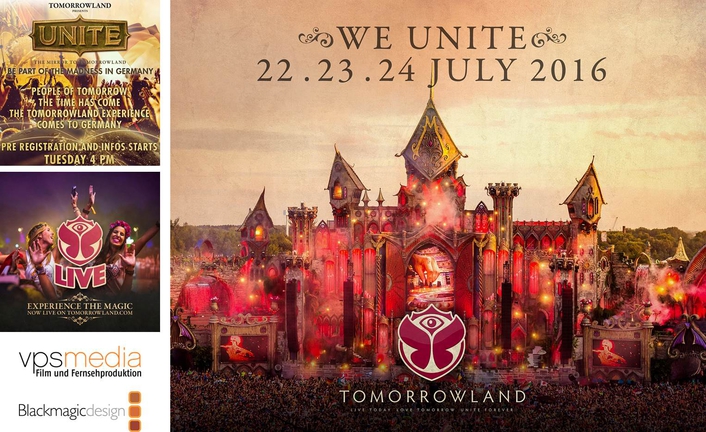 In addition to the event in Germany, several UNITE festivals took place simultaneously in Mexico, India, Japan, Colombia, South Africa and Israel alongside the Tomorrowland EDM festival in Belgium. A live video connection was established between the Tomorrowland main stage in Belgium and live DJ sets on the UNITE stages around the world. UNITE in Germany attracted more than 35,000 people and relied upon VPS Media to handle all aspects of the festival's live production. 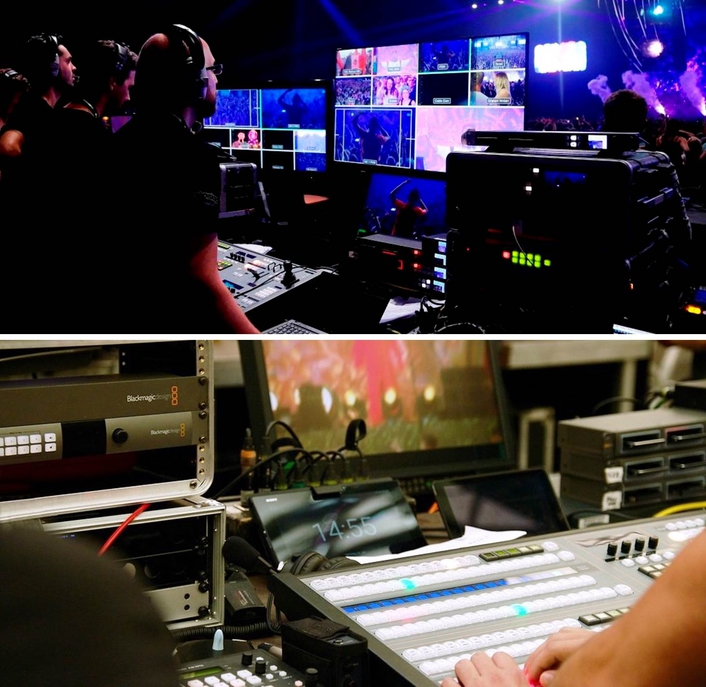 Each festival supplied a live satellite uplink to a production team in Belgium throughout the day. In turn, the UNITE festivals received a live feed from Tomorrowland, which played out onto an LED wall. This meant attendees were able to enjoy sets from DJs such as Nicky Romero and Dimitri Vegas & Like Mike.

The event in Germany had two distinct elements, as Andreas Schech of VPS Media explains: “We produced a live mix of content during the day that wasn’t shared. That was all sent through to the stadium’s production suite via a multicore fiber connection before it was then output to LED walls, monitors and television screens around the complex. It was all treated as a self contained live arena concert, however, producers at the Tomorrowland event could access that feed if they required it. 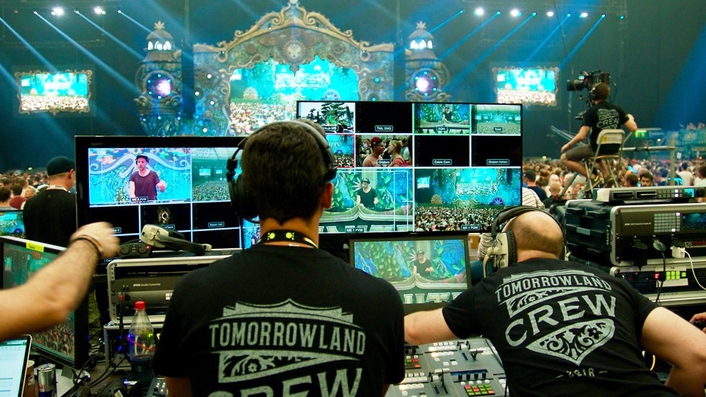 “In the evening, the satellite uplink connected all of the UNITE events, as well as a live feed from Belgium, which we used to create our live show in Germany. This meant we were producing two simultaneous program mixes; a local feed and a global mix. That is why the two mixing engines on the ATEM 2 M/E switcher, combined with Blackmagic’s MultiView 16, formed the centerpiece of our live system.” 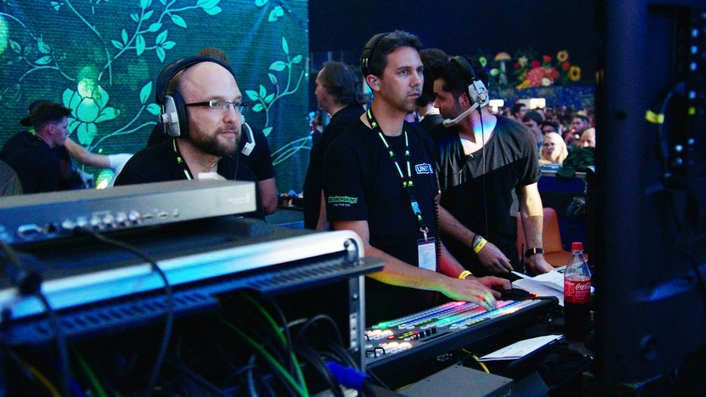 VPS’ live director mixed the feed for Tomorrowland while another member of the crew managed a local feed from the ATEM 2 M/E Broadcast Panel. The program mixes were then routed out to VJs who played out the feed to five LED screens, and VFX was blended in where necessary. Everything was captured to SSDs using the Blackmagic HyperDeck Studio 12G. 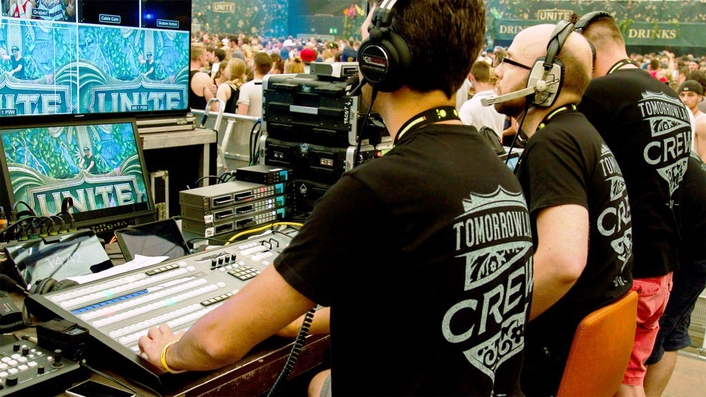 Andreas explains that the major challenge for the team was to create the right atmosphere so fans felt part of a united, global event. “The importance of insightful editing and anticipating the needs and reactions of the crowd cannot be underestimated. Back and forth mixing of the artists giving shout outs to the crowd and blending local crowd shots with Tomorrowland content was important, so the vision mixers had a critical role. 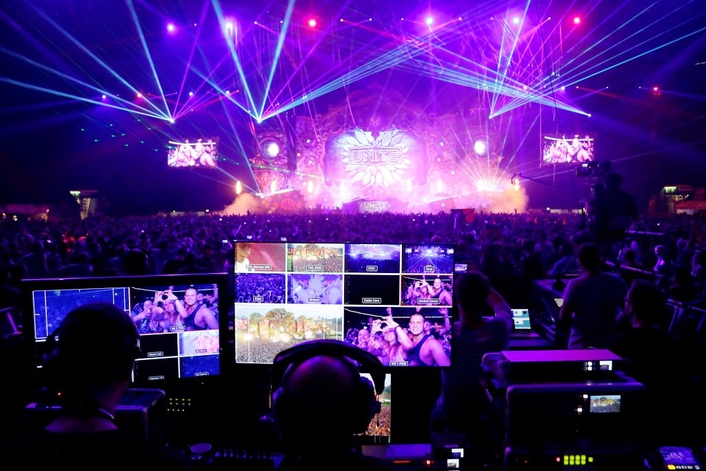 “Using a hardware panel brought huge benefits to our dual workflow,” concludes Andreas. “Having control over two different live feeds, with different content for different outlets in one device, reduced our front of house footprint. We were even able to handle the inclusion of external videoclips without any fuss. For instance, some of DJs flew between Tomorrowland and our arena to play a live set. And when they did, we had a member of our crew with them filming on a smartphone. We then used that content as part of our live program mix. Blackmagic’s hardware is incredibly versatile.” 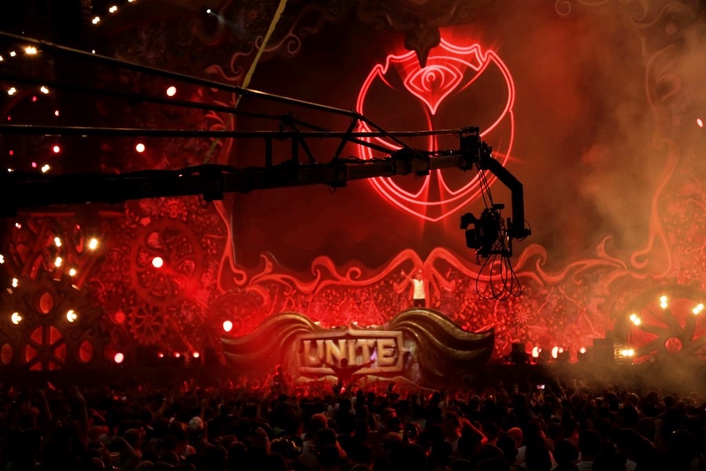