DiGiCo Desks Are Unbreakable On The Road With Janet Jackson 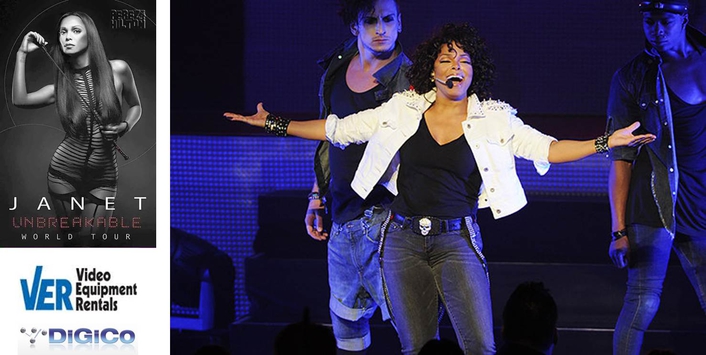 Janet Jackson embarked on a major world tour at the end of August, hitting the road on the initial North American leg with audio production provided by VER Tour Sound, including a pair of DiGiCo SD7 consoles at front-of-house and monitors. At the end of September, StubHub announced that the early dates, in support of Jackson’s new No. 1 album, Unbreakable, placed the tour among the top 10 hottest concerts of the fall season based on sales through the online ticket marketplace.

The non-stop Unbreakable show, which features over 30 songs in just over 90 minutes, generates 109 inputs, including Pro Tools tracks, to the two DiGiCo desks. Even with all those sources, Kyle Hamilton, Jackson’s FOH engineer since her previous tour, in 2011, has no need for additional outboard effects. “I’ve always stayed away from using extra outboard stuff, just because I don’t need it. Everything I need in a desk is already there. If I need a nice tap delay, it has it. If I need a standard ‘verb, it has it,” he says. In addition to the SD7 he is also using a DiGiGrid MGB coaxial MADI interface to record to a laptop for subsequent virtual soundchecks.

He likes to keep things simple, he continues. “Reverbs are for when you’re in a sterile environment, to create atmosphere and ambience. I just add the stuff that makes it cohesive for the environment that we’re in. My goal is to mix to make it sound like the record with a live feel. That particular method has kept me working for the last 22 years.”

Hamilton, who is only carrying four outboard mic preamps—for vocals and bass—in addition to the console, continues, “I have a high-powered desk, the SD7, and the desk itself sounds great. What I’m getting from the band sounds great. Our Pro Tools is incredible and the stems are all amazing, because we take time to go through all of that meticulously. So I don’t need to add extra processing.”

He adds, “Pro Tools is the sixth band member. If you break it down to a five-piece band it sounds empty if you don’t have all the elements there. The meat of everything comes from our band; the sweetness comes from Pro Tools.” 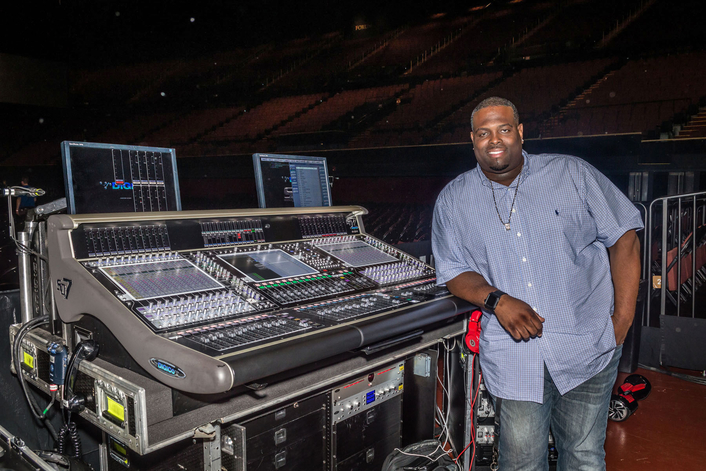 Hamilton has worked with a who’s who of major artists, including Pharrell Williams, Wale, A$AP Rocky, Rick Ross, Rihanna, Demi Lovato, Prince, Toni Braxton, R. Kelly, Nicki Minaj, Jamie Foxx and many, many others, over the course of more than two decades. He has been using DiGiCo consoles since 2008, when he took a D5 out on a Lionel Richie tour. “I’ve used them all: SD5, SD10, SD11; from the biggest to the smallest. I know the DiGiCo family very well,” he says.

Monitor engineer Jim Roach, whose resume includes Guns N’ Roses for the last three years, Maxwell, Jill Scott, Brian McKnight, Joe Cocker and Keyshia Cole, among others, is another longtime DiGiCo fan. “I’ve been using DiGiCo since 2010, maybe a little before, and I used a D5 in 2007. The audio quality is stellar,” he says. “With other digital consoles, I sometimes find myself missing the old analog sound, but DiGiCo happens to have a sound that I love.”

Roach feeds 44 outputs to Jackson and the five band members—drums, bass, guitar, keyboards and a DJ—and the three background vocalists, all on in-ears, plus nine dancers, on side fills, as well as the production and technical crew. The DiGiCo console has proved to be very useful on this project, as the musicians experimented with different instrumentation and song arrangements during the extensive rehearsal period, he reports.

“It’s the most flexible console I’ve ever used,” says Roach. “On a show like this that changed and evolved over the course of 10 weeks of rehearsals—they were trying out different ideas—it was great to be able to change the console around every other day to meet the new configurations.” 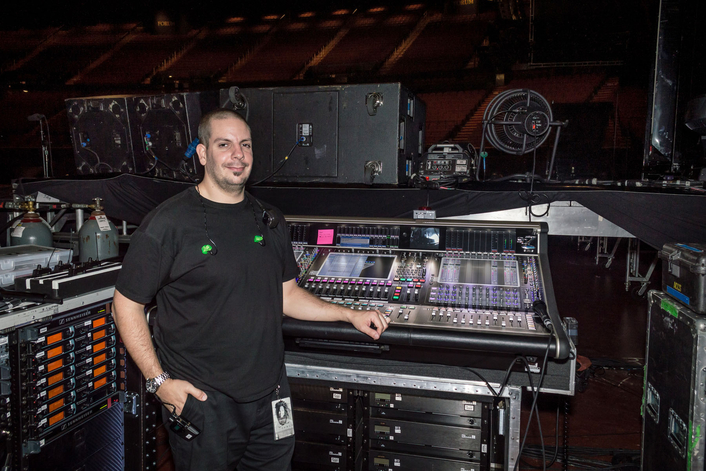 The Unbreakable World Tour is currently scheduled through the end of June 2016. The current North American leg is followed by several dates in Japan. Following a brief hiatus over the holiday season the tour will resume in January 2016 in the US before heading to Europe in late March, returning in May for more shows in the US and Canada.

About DiGiCo
DiGiCo is a UK-based manufacturer of some of the world’s most popular, successful and ground-breaking digital mixing consoles for the live, theatre, broadcast and post production industries and is exclusively distributed in the U.S. by Group One Ltd. of Farmingdale, New York.