.
VER (Video Equipment Rentals), one of the top A/V rental companies in North America, with locations in Canada and Europe, recently purchased an extensive Optocore fibre optic audio system in its ongoing commitment to provide their customers with leading edge technological solutions.

The 500+ audio channel network will additionally support routing and distribution of video, digital intercom and a variety of DSP based control and communication via the high speed 100 GBit Ethernet capability.

Brady Belavek, Audio Production Manager, commented, “VER was one of the first North American AV production companies to incorporate fibre optic products in its inventory to offer advance services to customers who are the pinnacle of TV and event producers and technicians.

“Every year their visions of production expectations pushes the status quo and they come to us for better, faster and more cost-efficient solutions — and Optocore represents the leading edge of scalable, multi disciplined platforms. Their unique advanced design that offers three way fault-tolerance is critical for the live events we specialise in where there is no consideration of losing a note of music, a word of speech or a frame of video.

“The other mandate is distributing content that meets or exceeds the highest standards of all other equipment connected to the network, both input and output-wise. Our customers are the top producers, technicians and talent and they demand flawless content; Optocore delivers that.”

The first use of the system was for the recent MTV Video Music Awards, staged in Los Angeles at the Forum in conjunction with ATK Audiotek, the incumbent audio production company supplying PA and broadcast feeds to the recording mobiles.

Jeff Peterson, VMA Project Manager for ATK stated, “We’ve developed a solid track record with Optocore over the years on shows like the Grammy’s and the ACM Awards. 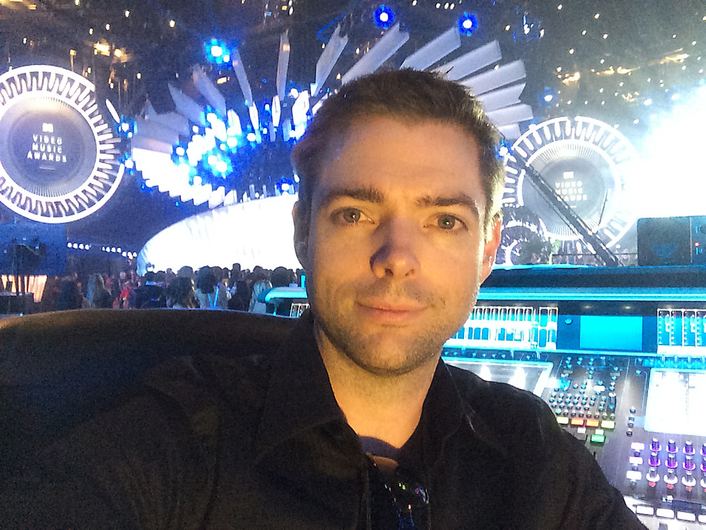 Jeff Peterson on set at the Video Music Awards

“Our relationship goes back many years to auditioning it on the Jerry Lewis Telethon. It’s been flawless to the point of invisible as it opto-isolates everything in the production giving us an absolutely noiseless system that prior to using it we’d not experienced.

“Our cost of handling and setup time has been significantly reduced as well. The fact that Optocore can connect natively to DiGiCo consoles over fibre, or work as a stand-alone system, increases its flexibility greatly.”

A special request for additional interface capabilities also included in the system are the newly released X6R devices with Sample Rate Conversion features — these allow virtually any digital device to be added to the network.