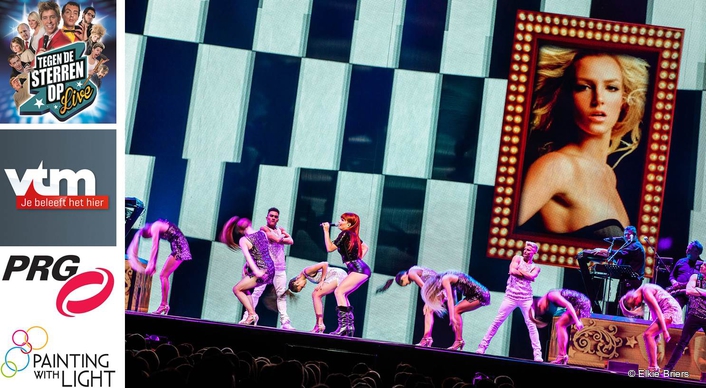 Creative lighting, video and visual design specialist Painting with Light brought their imagination and flair to six special live recordings of popular Belgian comedy / impressionist TV show ‘Tegen de Sterren Op’, designing the set, lighting and visuals for producers Studio 100 and DEDS IT. To be broadcast on VTM, the action took place over three days at the 6000 capacity Lotto Arena in Antwerp.

The Painting with Light team was led by Luc Peumans, who has also designed set and lighting for the most recent series of Tegen de Sterren Op studio based shows. 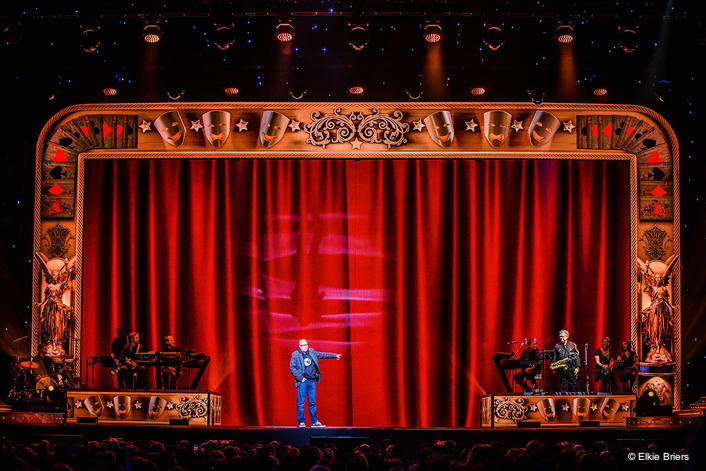 Upstage was a 9 metre high by 18 metre wide LED screen made up of two sections which tracked apart, and two band risers stage left and right were also clad on two sides with the same 10 mm LED screen product, all supplied by Pixel Screen.

A ‘virtual’ curtain replicated the lush red velvet drape familiar to viewers of the studio produced show … and this opened and closed just like a material one would have done.

The set also included two sets of sweeping stairs stage left and right, located outside of the pros video arch, and used for side entrances, which were lit with internal P-lights.

This ‘Phigital’ approach by Painting with Light enabled the identity of the TV show to be accurately recreated, and the set instantly switched to new looks, giving the fast-moving production a massive flexibility and scope to present all the different scenes and sketches … as the cast sent up some of Belgium’s best known celebrities and politicians of the day!

The screens were fed with content created especially for the show by Painting with Light’s Michael Al Far. Each scene either had completely new visuals or new re-edited material from the TV production.

The Coolux Pandora’s Box media servers storing all the content were supplied by Painting with Light, programmed and run for the shows by Katleen Selleslagh. 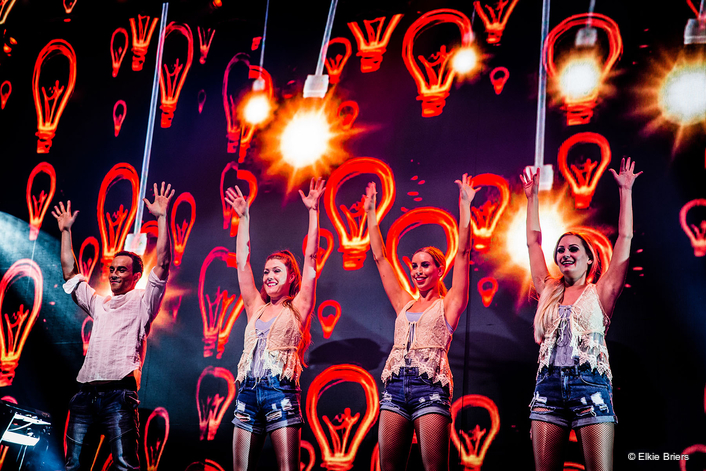 Two side screens were also fed with content from the Pandora’s Box, including sub-titles, logos, graphics and song lyrics for the karaoke moments.

Katleen used a special text application software that she is developing for Painting with Light in conjunction with Coolux, which links the media server and an Excel spreadsheet, enabling edits and changes to be made right up until the last minute. 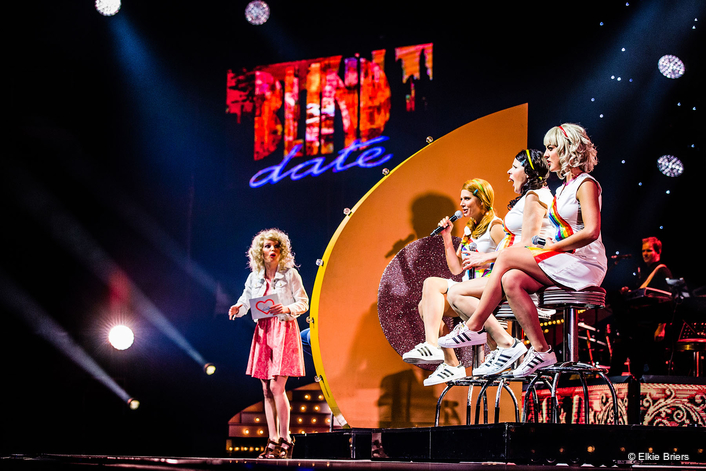 An essential tool for live shows like this, the text can be added to the spreadsheet, the operator can then decide on the size, style and formatting, and the information is exported to the media server and output to screen.

The lighting scheme was created by Luc and programmed and operated by Niels Huybrechts using a grandMA2 full size console, via a combination of manual and MIDI triggered cues.

There were also 24 x Robe LEDWash 800s and 20 x 4-Lite Moles on the rig, all of these were spread out on three over-stage trusses and on boom arms in the 1 metre space between the two LED surfaces, giving additional side lighting positions.

To add some visual enhancement when the screen opened, low hangers were rigged upstage of it containing K20 B-EYEs on drop arms which were particularly effective for entrances and exits. 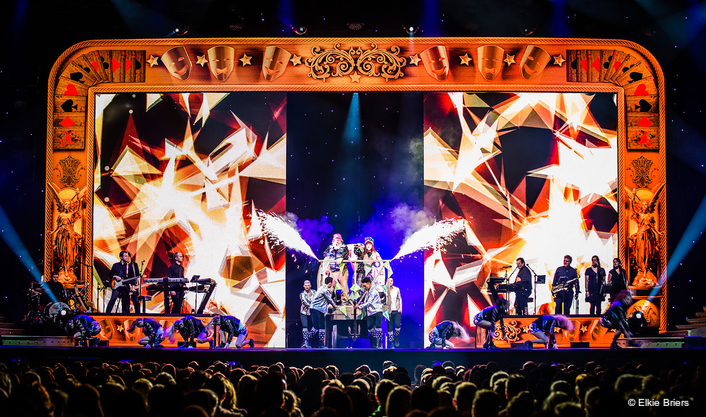 Getting in to the venue at 1 a.m. on the Thursday, the crew and the Painting with Light team had just 8 hours to have everything rigged and running before the first rehearsal which was a tall order, but a goal well achieved with their usual combination of style and efficiency.