Painting with Light New Office Opened by Mayor of Genk

The restoration of the listed building – once home to the Winterslag mine’s working ponies - has been a three year labour of love by Painting with Light founder and CEO Luc Peumans, working together with local architect Ruben Hermans. It also represents completion of the final element of Stage 1 of the wider C-MINE project –- led by Genk City Council - to regenerate the site of the former mine which is right at the heart of Genk’s rich industrial heritage. 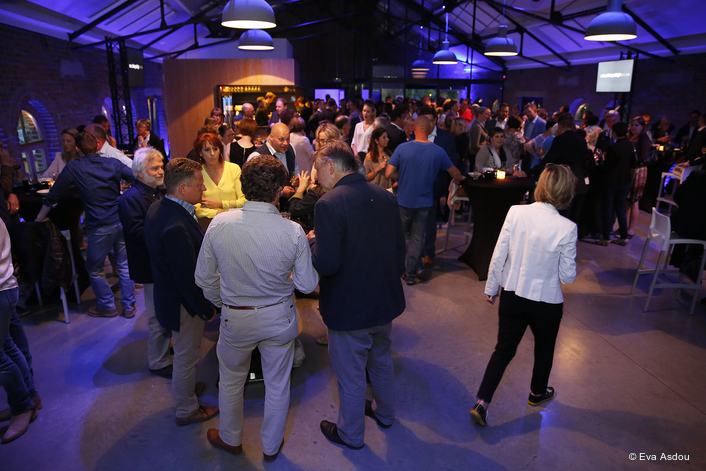 Says Luc, one of the best known show and lighting and multimedia designers in Benelux, “I was delighted with just how many people came to the event to share an incredibly proud moment in the company’s development and also a great personal landmark. It’s not just the opening of a new office … we are starting a new chapter in Painting with Light’s history. The fact it’s also related to the overall C-MINE regeneration adds yet more resonance to the occasion … so there are multiple exciting elements”. 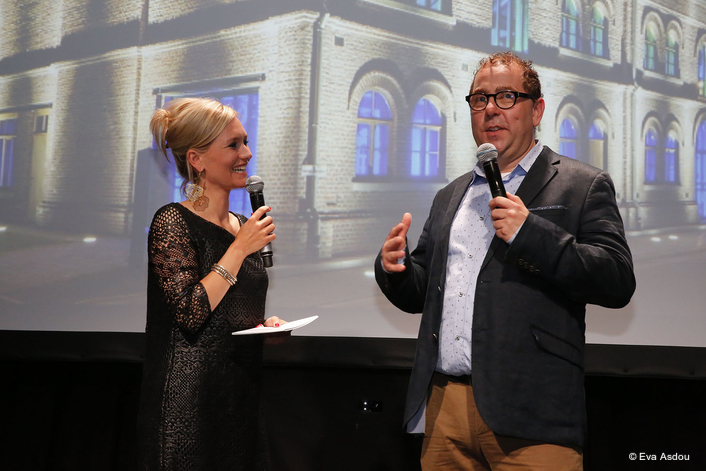 For Luc, the new office project actually started in 2008 when he first acquired the building which he had always liked … even when in a state of complete dereliction. “It had an amazing aura about it and a certain charisma that really appealed to me, so I just wanted to breathe a new life into it,” explained Luc whose vision recognised its enormous potential.

The rebuilding and construction work was intense and started in 2011. The Paardenstallen now provides a cool, highly creative and contemporary workspace within which Painting with Light and two other companies – who sub-rent from Luc - can flourish … plus attractive event and meeting spaces which are available for private hire.

In addition to launching the new office, Painting with Light revealed their brand new corporate ID, including vibrant new logo and new look website www.paintingwithlight.be
The new logo is based on five colourful interlocking rings representing the fusion of multimedia disciplines within the company – whose work encompasses set, lighting and video design and control and complete creative visual show solutions. The vibrant logo suggests the colour, imagination and fun that Painting with Light can bring to any performance or entertainment concept.

The new office launch event was so popular with invitees that the one night that was originally planned had to be expanded to two, to accommodate over 500 guests who rocked-up to celebrate with Luc and his team of 11 full time staff. 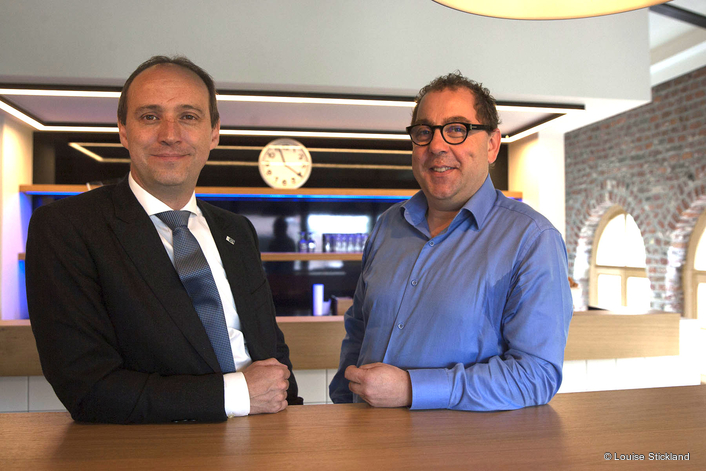 After a lively speech by Wim Dries and a Q&A session between Luc and TV presenter Cynthia Reekmans, guests were treated to a short video introducing Painting with Light and then a special visual show in the Paardenstallen Studio / event space, with lighting supplied by PRG EML and lasers from Laser Forum in the Netherlands. The laser show featured a special narrative incorporating the story of the building, culminating in the presentation of the new Painting with Light logo in 3D with its strap line “Your link to dazzle and shine”. 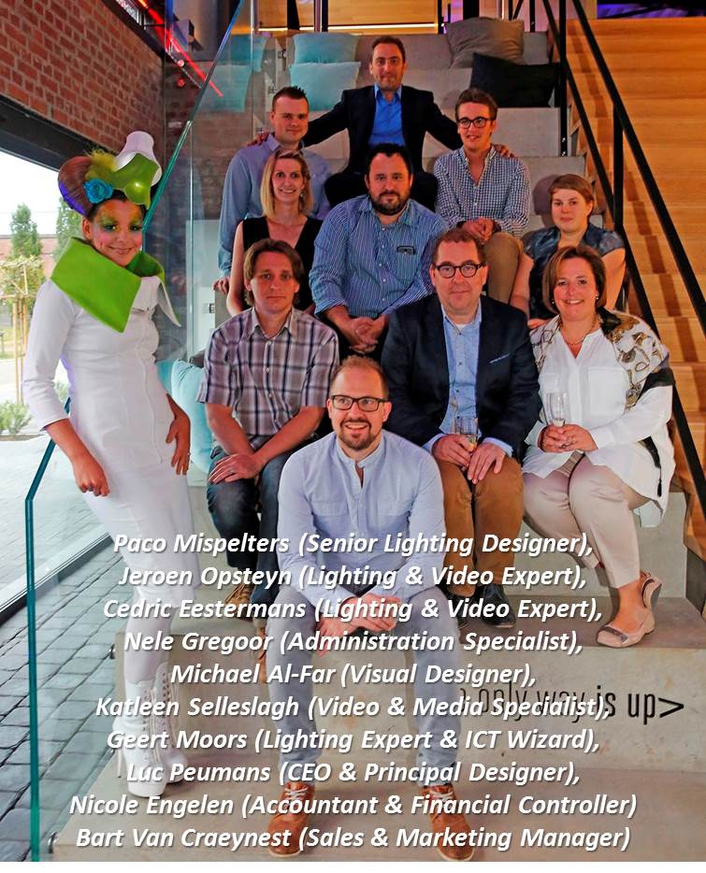 The building’s permanent interior and exterior architectural lighting scheme – designed by Luc – was enhanced for the opening event evenings by four of PRG’s new Icon Beam fixtures, which were installed on the roof to light the way for guests.“The building - and the restoration project - has been a huge source of inspiration for all of us,” says Luc, “Having an invigorating workspace for the team was always a fundamental part of my plan for moving the company forward. The space works perfectly as another complimentary element uniting the synergies and talents that make up Painting with Light”.

Luc founded the company in 1999 and has designed lighting, video and stage sets for some of the most imaginatively ambitious music, theatre and television productions across Benelux and internationally. More recently, Painting with Light has created a series of spectacular architectural and architainment visual designs.Plans for 2016 already include focussing on increasing the international workbase and the opening of a new office in the Middle East.