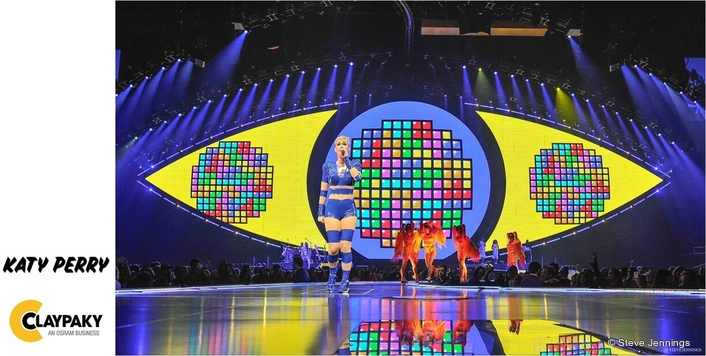 - Katy Perry recently kicked off “Witness: The Tour” in support of her eponymous fifth album, her third number-one album on the US Billboard 200.  Claypaky Scenius Unicos and Scenius Profiles are prominent in the tour’s lighting rig having been selected by the show’s Producer and Lighting Designer, Baz Halpin of Silent House.

The multi award-winning Perry is one of the best-selling music artists of all time chalking up sales of 100 million records globally.  “Witness: The Tour” runs from September 2017 to August 2018; it began in North America and will move to Europe and Australia/New Zealand next spring and summer, respectively. 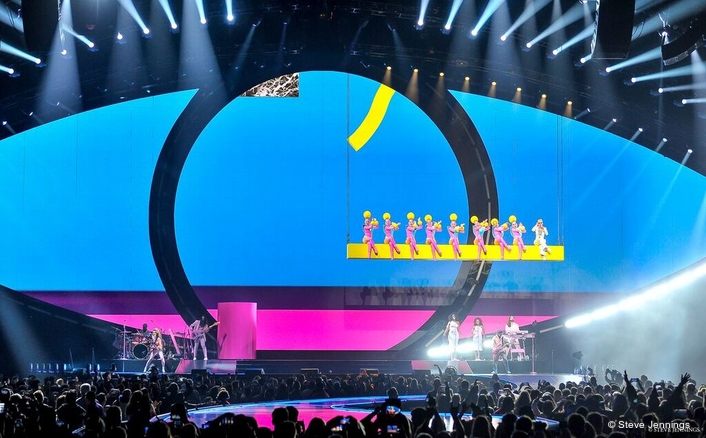 The tour marks the first time Halpin is using Claypaky’s Scenius range.  The stage design is dominated by a 130-foot eye-shaped LED screen, and Halpin was given the brief to “create big, strong, powerful looks that would complement and work with the shape and power of the screen.”

To that end he’s deploying 80 Scenius Unico and 50 Scenius Profile fixtures supplied by Upstaging.  “Their power and versatility made them the perfect choice to stand up to the intense light coming from the LED screen,” says Halpin.  “As we had 130-foot lighting trusses with a single fixture type on each we needed a fixture that would be versatile enough to create a multitude of different looks.”

Halpin calls the Scenius fixtures “the work horse of the rig,” which function “in all positions as aerial effects, key lights and follow spots.  They have been incredibly reliable and resilient.” 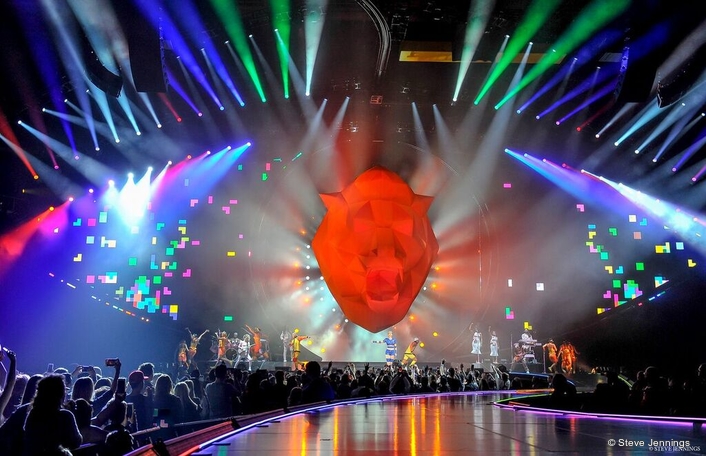 He also has Claypaky Mythos on the upstage circle ring as aerial effect fixtures upstage of the bi-parting LED screen doors.

A.C.T Lighting is the exclusive distributor of Claypaky products in North America.

Francesco Romagnoli, Claypaky Area Manager for North and Latin America, added, “Baz is a great designer and we’re always pleased to see him us our fixtures.  We have also been a mainstay on Katy Perry tours and are proud to once again be such a large part of her rig this tour.”