British metalcore outfit Architects have stormed through Europe in support of their critically acclaimed new album 'All Our Gods Have Abandoned Us', with Claypaky fixtures providing blast-beat perfect strobing and high-impact gobo projection to complement the band's exhilaratingly relentless sound.

The Brighton-based juggernauts, who were this year described by Rocksound magazine as 'one of the world's most exciting, vital bands', rounded off the tour by playing a sold-out show at Brixton's o2 academy for the first time. 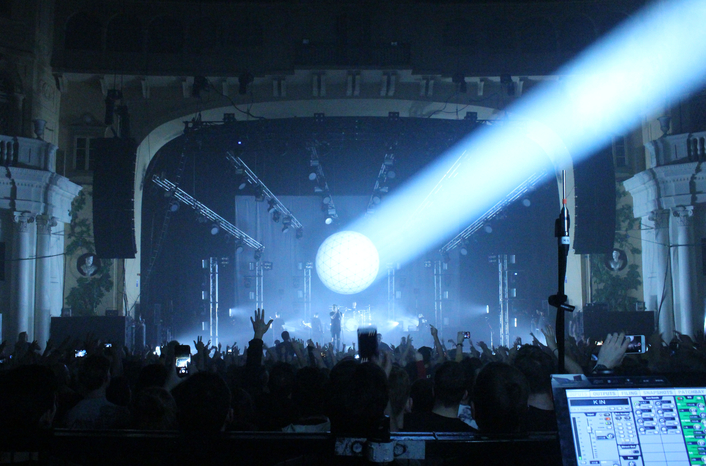 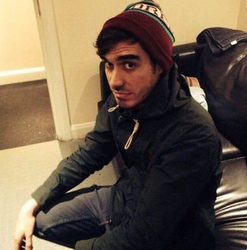 "The music itself is quite aggressive and the stage show reflects that," explains McAdams. "However, when the music takes a breather, the lights also calm right down. This dichotomy between speeds and looks makes the explosions of sound and light even more impactful when they happen."

Drawing on the cold colour palettes offered by the Stormy CCs' RGBW LEDs, McAdams created a series of striking looks in ice-field greens and blues.

"The addition of a white LED to the typical RGB in the Claypaky Stormy CC is crucial in my design," he explains. "Mixing in those cold greens and cold blues meant we could avoid using standard whites most of the time. Having said that, in pure white mode the Stormy CCs punched through all the other products we encountered in house rigs across Europe." 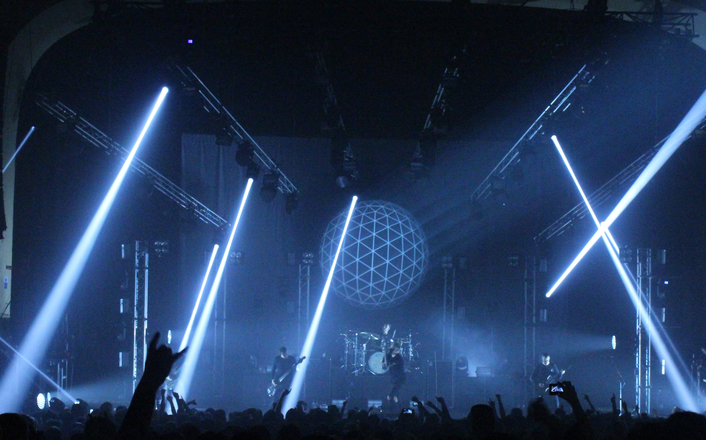 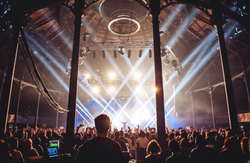 At each stop on the tour McAdams lined the house truss with the Stormy CCs, adding a significant number more for the momentous Brixton show. The designer positioned the extra units on the venue's flown finger truss which he angled out towards the audience to add further depth to the production. This clever placement ensured the crowd's focus was pulled to the centre of the stage, where 3D spheres were projected onto the backdrop by the Claypaky Alpha Spot HPE 1500 at Front of House.

"We went with the Alpha Spot HPE 1500 because of the fixture's sheer power and highly impressive zoom, iris and focus system," says McAdams. "FOH position changed every day during the tour and we alternate between two sizes of backdrop. These changing factors mean that we need a powerful moving head fixture adapt to any condition - the Alpha Spot HPE 1500 fit the bill perfectly." 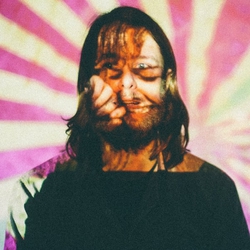 The custom gobos were inspired by director Jeb Hardwick's graphics for the band's 'Gone With the Wind' music video, as well as artwork from their previous offerings.

"The gobos combine the circular imagery of the band's current album artwork with the mandala imagery of previous records," says McAdams. "Merging the two was key to maintaining a unified design across the entire show as we moved between albums.

"Alongside the custom gobos I also used one of the Alpha Spot HPE 1500's stock gobos to create a water effect across the entire backdrop. This worked really well thanks to the fixture's superb colour mixing, which meant I was able to achieve really delicate hues."

"I've been touring productions since 2011 and there always seems to be a Claypaky fixture making its way into my kit lists," says McAdams. "The brand offers a diverse range of products and always seems to be ahead of the game when it comes to power, mechanics and innovation." 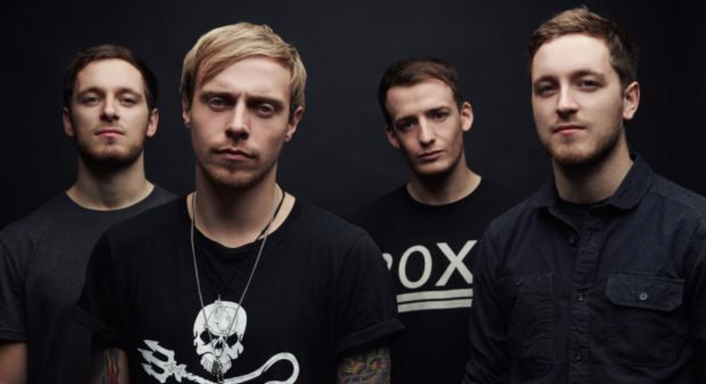 Architects' tour will move to Russia in early 2017 before heading to the USA in the spring.