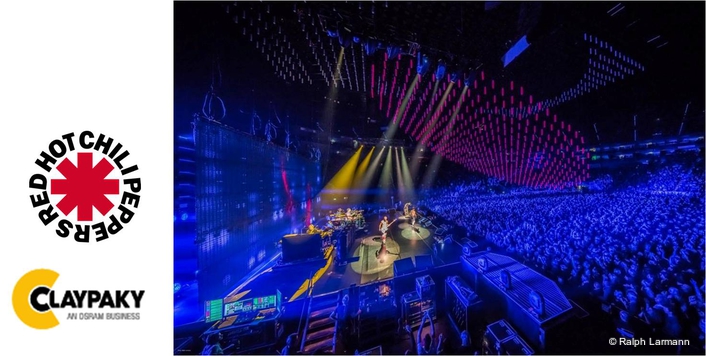 For the better part of a year the Red Hot Chili Peppers have played to fans worldwide with back-to-back festival and arena tours.  Premier Global Production in Nashville provided a large complement of versatile Claypaky A.leda B-EYE K20 fixtures for the tours.

The band’s busy schedule commenced last spring with festival dates in North America, Asia and Europe.  The European leg of the world arena tour began last fall, and now the Red Hot Chili Peppers have launched their North American world tour with arenas booked through June.  The tour is in support of the band’s eleventh and latest LP, “The Getaway.” 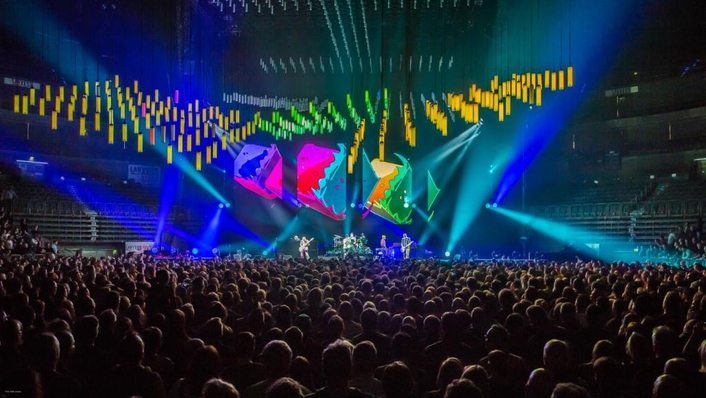 Premier Global Production, which also counts Metallica, Tim McGraw and Josh Groban among its tour customers, acquired the B-EYE K20s at the request of Scott Holthaus, lighting designer and show designer for the Red Hot Chili Peppers.  “We’re not gear junkies, but Scott specified them for the tours and we try to meet or exceed our clients’ expectations,” says James Vollhoffer, vice president of touring at Premier Global Production.  “The B-EYEs looked to be very road worthy.” 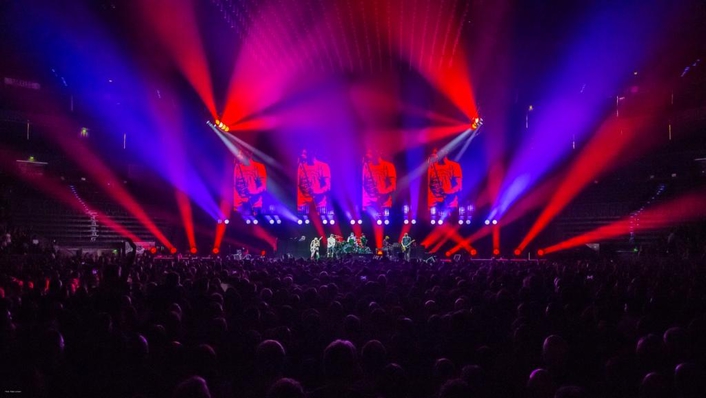 For the festival tour Holthaus deployed 44 B-EYE K20s.  “I put them radiating from the vertically-hung circle pods and 40-foot half-arc,” he explains.  “For outside shows without any smoke or haze, it is important for the audience to see the source.  Having overhead lighting is a mistake in that situation, so I made sure 90 percent of the show was upstage and pointed at the audience through the band.  The B-EYEs have such a big source that they were perfect for the job.” 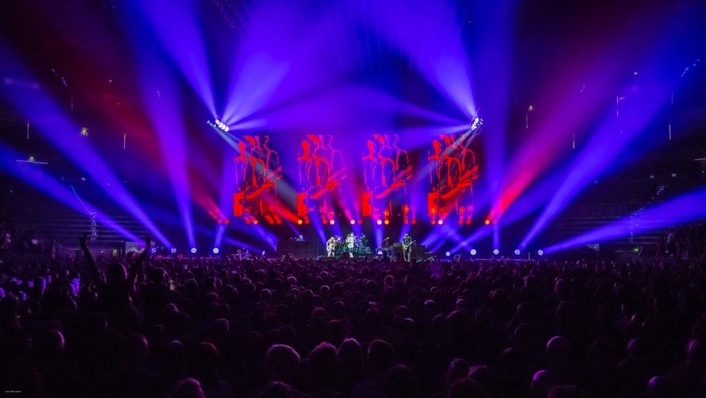 When the band began its world arena tour Holthaus increased the roster of B-EYE K20s to 64, 52 of them active.  “They worked so well on the festival show that they are the main source for side and all floor lighting on the indoor show touring now,” he reports.
“The more shows I do the less I ballyhoo and slam color, but I’m making more bold looks,” Holthaus notes.  “The B-EYEs are strong enough to hold those looks.  They also have a great dimmer curve for LED fixtures.” 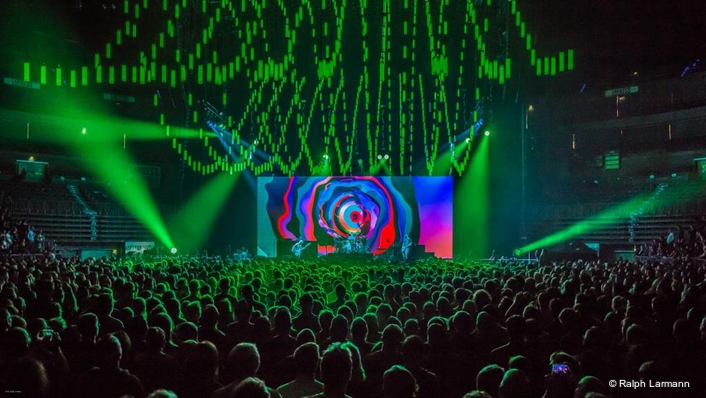 At Premier Global Production Anthony “Geddy” Kordyjaka is the design manager.
A.C.T Lighting is the exclusive North American distributor for Claypaky.
Francesco Romagnoli, Claypaky Area Manager for North and Latin America, added, “Mr. Holthaus has been using our fixtures for The Red Hot Chili Peppers for  quite some time and it’s gratifying to see him to continue that.“