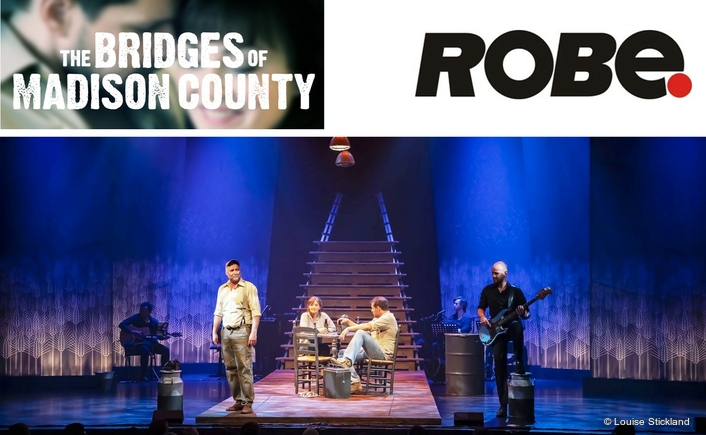 The Bridges of Madison County is a musical based on Robert James Waller’s 1992 novel  produced by OpusOne that is mid-way through an extensive Netherlands tour with stylish lighting designed by Benno Barends who is using Robe DL7S Profile and ColorWash 700 moving lights at the heart of the touring lighting system which us being supplied by P3 Podiumtechniek. Benno has worked for Opus One for 10 years, starting as an intern and becoming their principal lighting designer. The Bridges of Madison County initially completed two successful runs in Amsterdam Zonnehaus and DeLaMar Theatre before hitting the road with Benno staying onboard as the lighting designer.

The main challenge was adapting the lighting to ensure it was practical to tour, play one night stands and fit into a wide range of venues - although most Netherlands cities are well endowed with at least one good standard theatre / performance space as culture and the arts are extremely popular.

The romantic drama, popularized in Clint Eastwood’s 1995 directed movie also starring himself and Meryl Streep, flips between night and day, dawn and dusk, so getting correct and naturalistic lighting was a key requirement. The objective was to let the audience ‘feel’ the heat of the sultry summer days and intense emotional states on the actors faces.

In the original Amsterdam productions, the bridge set piece was out in the audience, with people sitting either side, so for this end-on touring show, he needed to maintain a three-dimensional design so the protagonists could still be lit from all angles. 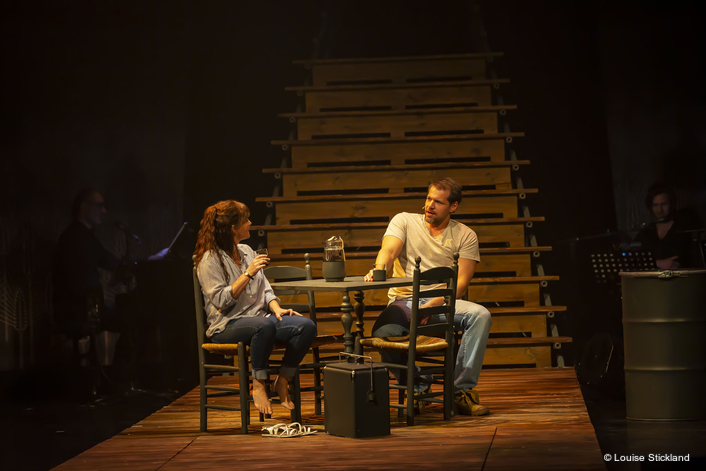 Having key lighting coming in from multiple directions added a depth to the action and an edge to the performance.

Benno loves working with director Koen van Dijk who likes to make statements with his plays and tell a story complete with all its nuances and details, rather than taking a simplified or more contrite ‘lite’ narrative.

Benno also didn’t have much time to change and renew the design between the last run finishing and the tour starting, and the updates were strategic and practical. 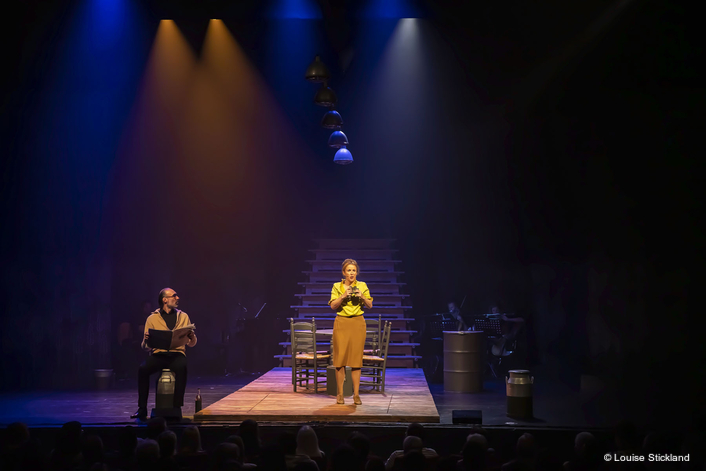 The moving lights that had been rigged above the audience on the long runs were moved back to the stage. The 16 Robe fixtures - eight of each - in the touring show are positioned on the house overhead LX bars and are absolutely crucial for the scene setting work.

Benno worked closely with set designer Eric Goosens. The set was generally neutral in colour and the props were mostly grey so they took lighting well and could be transformed with colouring and texturing all of which was vital in establishing the locations as well as the time of day.

Other lights on the touring rig include some LED battens, active Sunstrips, LED PARS and regular PAR CP62s and they tap into the theatre’s house profiles and fresnels for front light, all controlled via their touring grandMA2. 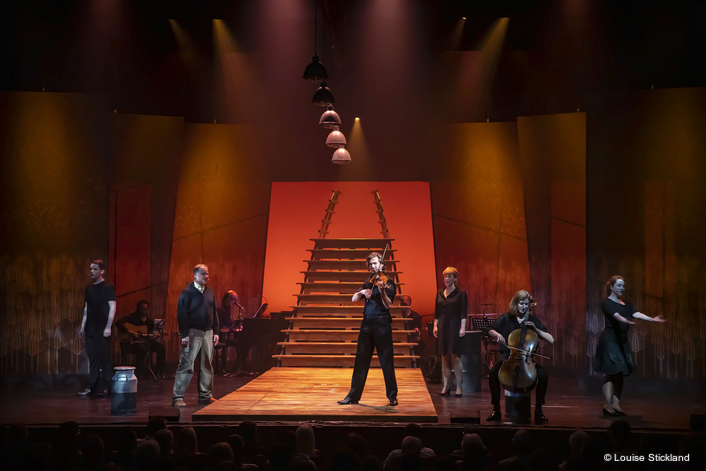 Benno chose the DL7S profile primarily because of the framing shutters and the 7-colour system which he’s using to the full. He appreciates the perfect flesh tones that are possible using these luminaries. As the bridge was in the audience, precise shuttering was needed to keep the light out of people’s eyes. He also likes the Gobos in the DL7S, although he only uses two in this performance but when they do kick in, the effects are spectacular!

The ColorWash 700s are used as back specials, focusing in on and drawing attention to specific areas of the stage, rather than in their traditional wash mode.

Benno has been using Robe products for around seven years and thinks that the brand is “solid, high quality and very reliable ... even the older models.”

P3 Podiumtechniek’s owner is Peter Peereboom, a bit of an expert in Robe legacy moving lights, especially the 700 series of which his company has 88 working fixtures that are constantly out. It has proved a shrewd investment: “They are absolute workhorses for us” he comments “for many of the shows and events they will do everything that’s needed, and they are especially useful for budget conscious productions.”

Peter and Benno frequently work together. Benno likes the “fantastic service and support” and personal attention that Peter gives to every rental project.

Peter has been in the entertainment technology industry for 34 years. Fascinated by live music and performance as a child, he started work in the theatre as a stagehand, then realised he could actually follow his dream job and earn a living through it. At first, he did a bit of everything and worked his way up to be a technical producer ... but lighting was always his favourite discipline.

Around the time of the GFC in 2008, he started buying lighting kit and renting it out for himself, and this is when he acquired his first Robe ColorSpots 700E ATs.

P3 Podiumtechniek purchased the DL7S Profiles more recently to supply a couple of opera productions; ‘Dr Miracle’s last illusion’, ‘Hamlet’ and ‘Dangerous Liaisons’ (with the music of Antonio Vivaldi). These productions were designed by the LD’s Uri Rapaport and Marc Heins who both are very enthusiastic about the great possibilities the DL7S Profile is offering in combination with a very low noise level. P3 Podiumtechniek now has 24 of Robe’s premium theatre luminaire and plans to add more in the summer.

Last year they also invested the “small, bright and versatile” LEDBeam 150s for the concert series of the famous Dutch opera singer Tania Kross. The LEDBeams 150 and a set of DL7S Profiles are currently out on another musical theatre tour, “Stil in Mij”, with LD Paul Koomen who also loves working with these fixtures. 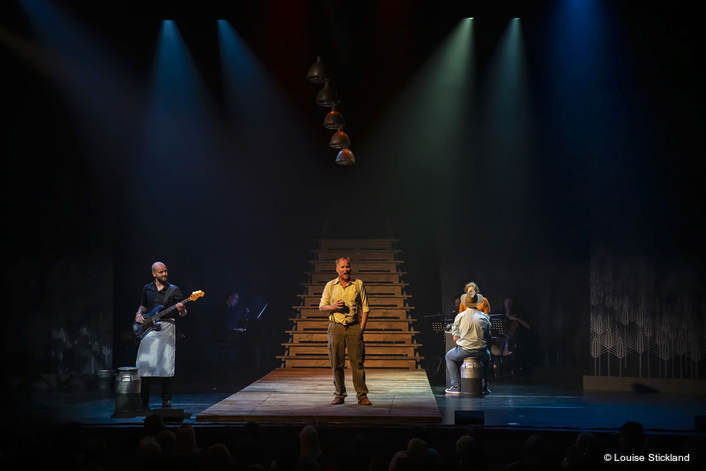 The first time Peter had worked with Benno was on a production of Sweeney Todd, where they had to accomplish a few very precise shuttering cues including a keyhole Gobo projected into one of the actor’s faces, which was achieved using a DL7S positioned 30 metres away right at the back of the theatre. “We did some serious testing to get this effect right” he explained, “and the DL7S was the only fixture that could create the effect it super-sharp, super-small and consistently spot-on EVERY time! It is an amazing fixture”.

He recounts several occasions when a DL7S has had to be positioned right next to the sound engineer at FOH, and he’s yet to have a complaint about any noise or any intrusion!

“When a sound engineer doesn’t moan about a light invading sonic space - let alone about the noise - then you’re doing something right! And I believe the DL7S is THAT fixture” he concludes.