Robe the Exclusive Moving Light for Carmen at Masada 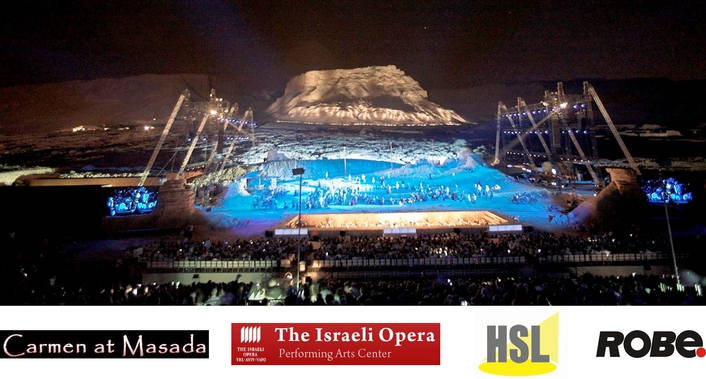 The 82 x Robe ColorSpot 2500E ATs and 32 x ColorSpot 1200E ATs were positioned on two large side-stage gantries
Robe was the exclusive moving light fixture specified by lighting designer Avi Yona Beuno (Bambi) for the new production of Carmen at the 2012 Israeli Opera Festival, staged at the charismatic location of the foot of Masada Mountain by Israel’s Dead Sea.

Over 150 Robe fixtures were once again chosen for their robust performance in the tough operating environment of the desert, where dust, wind and heat all take their toll.

The equipment was supplied by UK based rental company HSL, working with overall technical production suppliers The Design Group from Tel Aviv and Jerusalem. 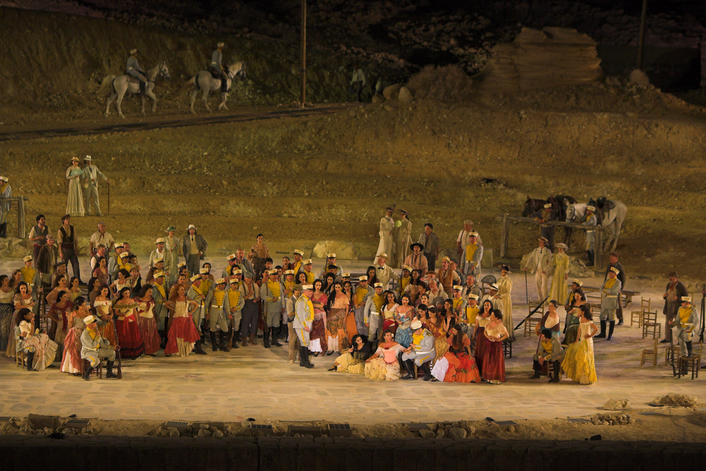 It’s the third year that the Festival has taken place at Masada. The 2012 event featured six performances of Carmen conducted by maestro Daniel Oren including a public dress, plus a gala evening / rock concert – all attended by capacity attendances of 7,500. 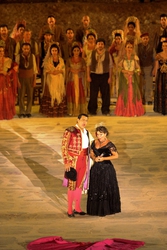 The 82 x Robe ColorSpot 2500E ATs and 32 x ColorSpot 1200E ATs were positioned on two large side-stage gantries and a box truss at the back of the front of-house control positions right at the top of the main seating grandstand.

The Robes were used throughout the show for general stage lighting.

Bambi chose Robe because he knew the lights would give the power and intensity needed to cover the long throws – up to 80 metres - to the stage. The stage itself was 55 metres wide stage and fielded all the action and passion of Bizet’s work presented on the hugely dramatic ‘bare-stage’ set design created by William Orlandi.

The 30 REDWash 3•192’s were at the back of the stage concealed in the ‘scenic’ mountains that were bulldozed out of the terrain to form the upstage set elements. These distinct rectangular shaped lightsources – a favourite of Bambi’s – were used to shoot shafts of light right down the performance space.

Director Giancarlo del Monaco specifically wanted a naturalistic and very organic look to the lighting to match the raw aesthetics of the environment.

Using the Robes allowed Bambi to add plenty of depth and numerous subtle multi-layered textures to this in both day and night scenes, lit in shades of amber/colour temperature whites (day) and blues (night).

What initially might have appeared to be simple lighting looks and effects were actually very complex to achieve and programme without looking false, testing Bambi’s skills and experience and the precision of lighting programmer Alon  Cohen, who operated the show using a CompuLite Vector Red console. 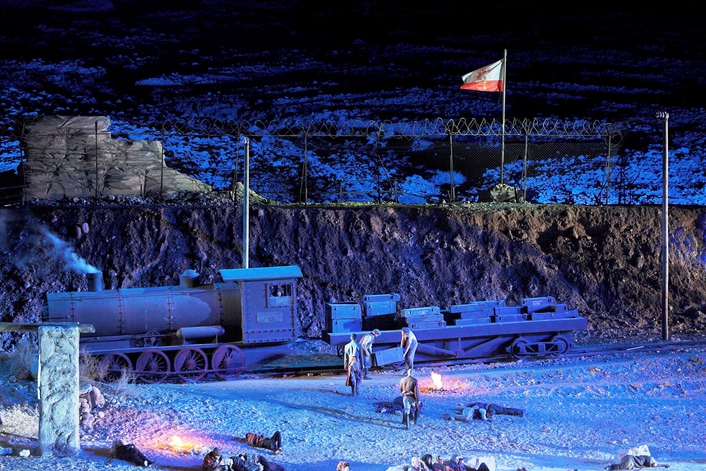 The ColorWash 2500E ATs were all fitted with custom reflectors developed by Robe at Bambi’s request for the first Masada event in 2010. These boost the light output by around 30%, a real bonus for the long throw distances, and in this case for lighting the bare sand, earth and boulders which absorb every lumen of the brightest outputs. 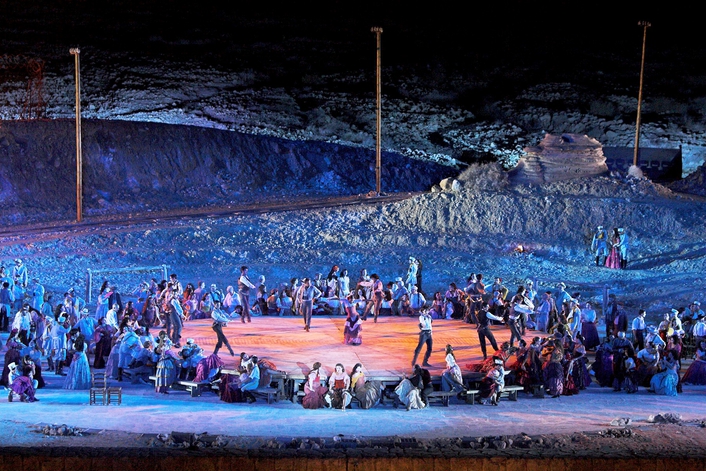 He comments that one of the reasons he likes working with Robe is the  company’s willingness to listen to LDs like himself and produce special requests. “I have a lot of time and respect for Robe” he says “They are really trying to understand how people can work creatively with their products”.

Over 200 Robes Shine on 2...outh African Music Awards
The German Idol's Finale ...from the MMC Studio 30/31
Robe Looks to the Future